Share All sharing options for: Baby Behind Brees' Success? 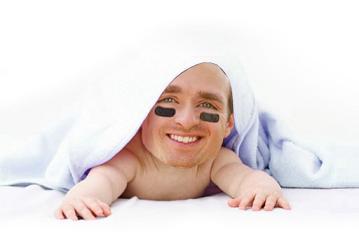 We all know Drew Brees has been lighting it up these first four games of the 2008 season and to be honest, no big surprise. But if his play seems stellar even by Breesian standards there may be more to it then just x's and o's.

It's no secret that Drew's wife Brittany is pregnant and word around uptown is that it will be a boy and joining us in 3 more months, putting his birth right in the middle of December. We all know Brees is the best quarterback in the league but there just may be other forces at work here. Perhaps Drew is drawing strength from the prospect of becoming a new father. We should all keep this in mind, as this could bode very well for the Saints this season. I can hear John and Al now in the middle of January giving the heartwarming backstory of Drew's new adventures in parenting as he throws for 437 yards and 3 touchdowns against the Cowboys. If Drew truly is playing with extra inspiration let's all hope it only increases as the arrival of his first born son approaches.

Let's also hope that his child doesn't decide to enter this world on gameday.