I caught a cab this morning to Hyde Park to meet up with Adams friends, play some flag football and grab a bite to eat. Tonight I plan on checking out the New Orleans music show in the 02 Dome. For more notes on my day, make the jump. 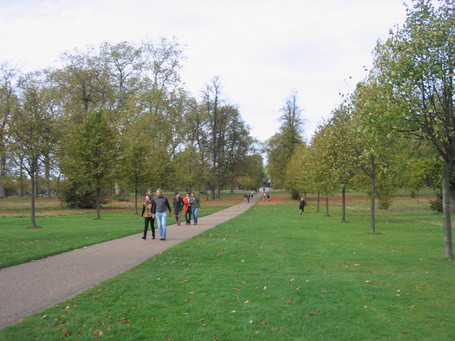 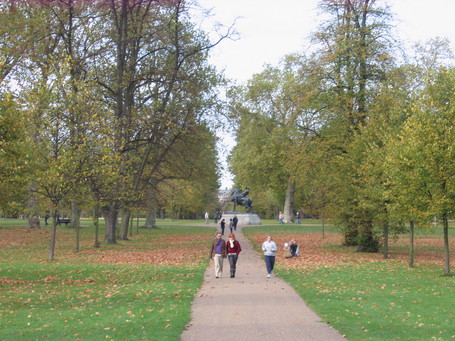 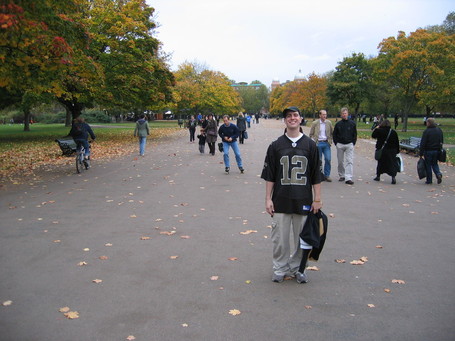 Me in Hyde Park. Let it be known that's a Saints hat and a Saints sweatshirt. There is a Saints t-shirt underneath that jersey. 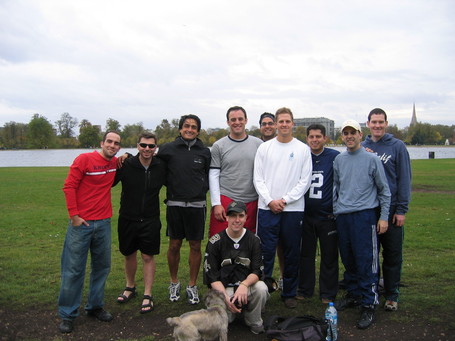 Me and my new buddies in Britain. 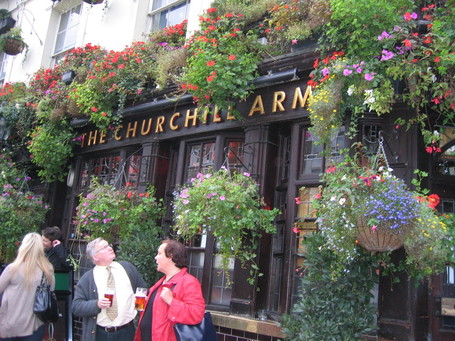 The pub/thai restaurant we ate at after football. That's a lot of flowers.