Chargers @ Saints: The View from Section 234

Share All sharing options for: Chargers @ Saints: The View from Section 234

Okay guys, I need to be brief because it is late and I have an early flight in the morning. Below are my notes and observations from this most amazing game in London. I haven't looked at any stats whatsoever so excuse me if I am off base here. After the jump are some pictures from the pre-game festivities. There will be more pictures of the game later.We have plenty of time to discuss everything with the bye week coming up. 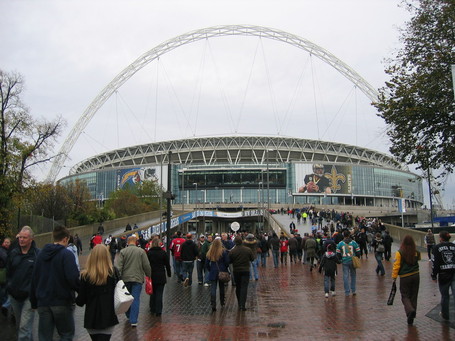 The walk from the tube to the stadium. 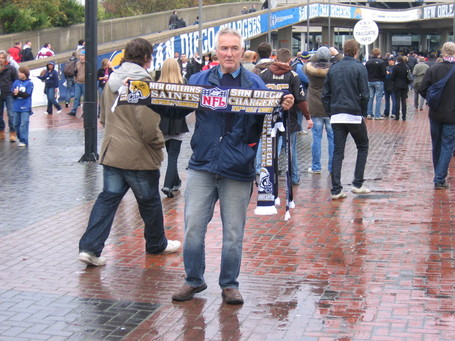 A lot of people were selling these scarves. 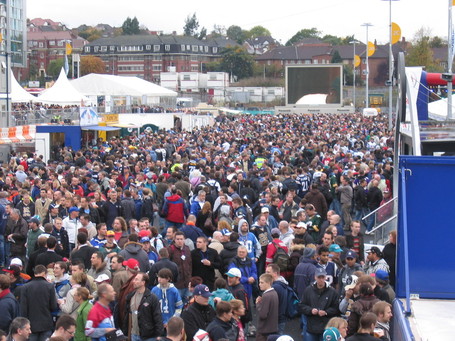 The crowd at the tailgate party. 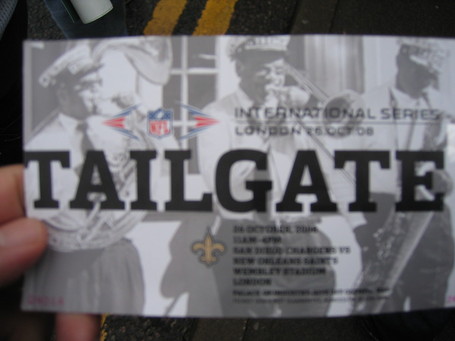 My ticket to the tailgate party. 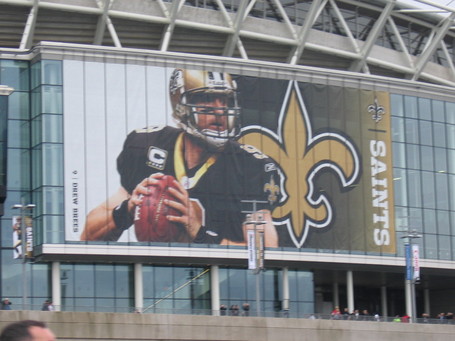 They didn't get him with his tongue sticking out. 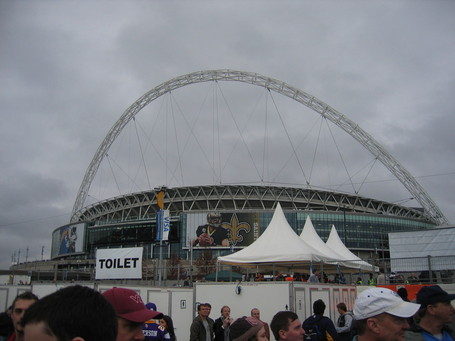 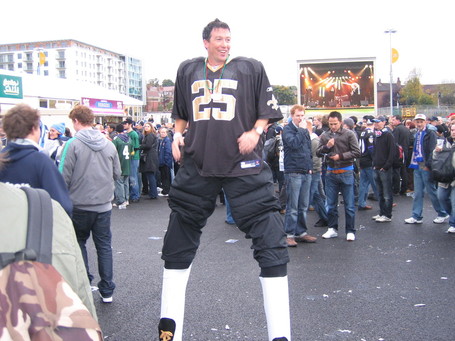 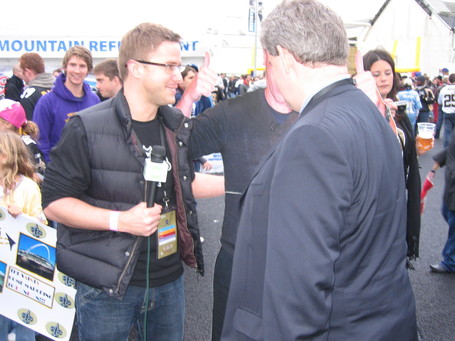 The guy on the right is Alistair Kirkwood, the Roger Goodell of NFLUK. Adam went up to talk to him and Allistair actually knew him. 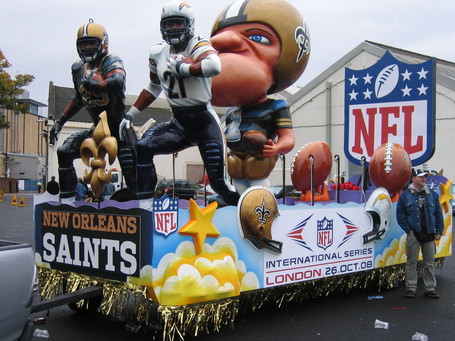