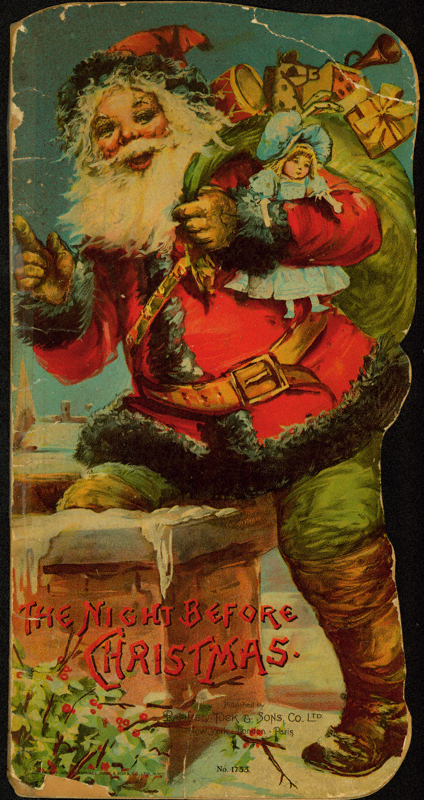 'Twas the night before Christmas, when all through the Dome

Not a creature was stirring, the Saints staff was all home;

Cause hopes of the playoffs were no longer there.

The players were nestled all snug in their beds,

While visions of next year danced in their heads;

But Payton and Loomis sat down to map

The roster, the draft, the salary cap.

When on the Dome roof there arose such a clatter,

They sprang from their plans to see what was the matter.

When, what to their wondering eyes should appear,

A new D coordinator, and schemes for next year,

With a little old luck, and no more G. Gibbs,

They knew in a moment, this was the best fix.

More rapid than Reggie his coursers they came,

And he whistled, and shouted, and called them by name;

With, Will Smith! with Ellis! with, Hollis we're blitzen!

And then, in a twinkling, they heard on the roof

Yet another loud crash, that gave them a spook

As they threw up their hands, and were turning around,

Down the chimney the DC came with a bound.

He dressed in a track suit, from his head to his foot,

the latter he used, up Bullocks butt he would put.

A bundle of schemes and formations he flung on his back,

And looked like a genius just opening his pack.

His eyes -- how they twinkled! could he be the answer?

This defense has needed, like a cure for a cancer.

He spoke not a word, but went straight to his work,

And filled out the pink slip; of G. Gibbs that ole jerk,

A wink of his eye and a twist of his head,

Soon gave them to know they had nothing to dread;

But I heard him exclaim, ere he drove out of sight,

Merry Christmas to all Saints fans everyone! Here's hoping next year is a little merrier.