Share All sharing options for: Falcons 25 @ Saints 29: The View from Section 108

You should all pat yourselves on the back. Every one of you. Even you, angry message board guy.

You all knew exactly what this team needed: a commitment to the run game and a more balanced offense. We've all been complaing about it for weeks. Now here we are in week 14 and we finally saw today, against the Falcons, just how well our team can run the ball.

And all that arguing about who should run the ball and who is the better back? Guess what...they're both great! Reggie and Pierre have different strengths but they are both talented play makers with raw skill. These guys can definitely be the future of the Saints running game if Payton would just allow it. Today he allowed it. He had better allow it in the future when the situation calls for it.

I will admit I am the kind of person who actually thinks this is bittersweet though. I mean, it's great that the Saints established the run and proved that we can actually move the ball on the ground but what the hell took so long? I mean really. In fact, I'm a little pissed off. What took Payton and this team so long to even fathom that the gameplan they executed today might have worked in games past? Are any of us really surprised that Pierre Thomas is the first running back on the Saints to gain 100-yards on the ground this season? I'm not. And so I'm angry.

Without having looked at anything else yet, here are the rest of my initial observations from the Superdome this afternoon. Pardon and mistakes.

Make the jump for a bunch of pictures! 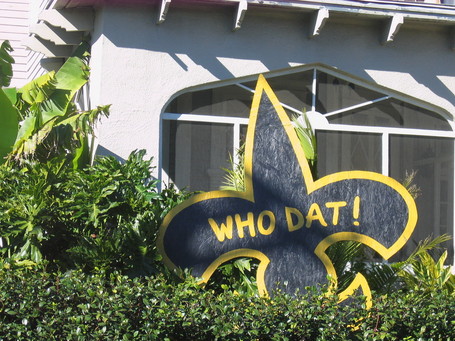 This wood piece is about 6 feet high and it's in the front yard of a house uptown. Pretty crazy! 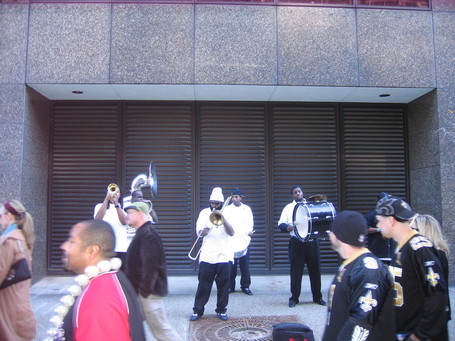 A brass band playing on the walk to the Superdome. 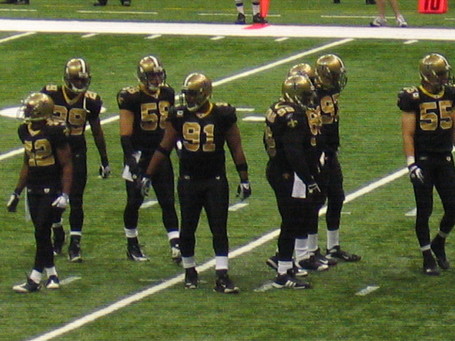 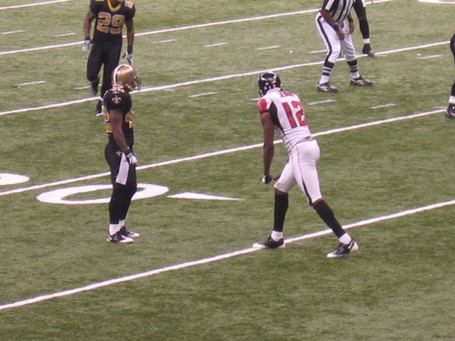 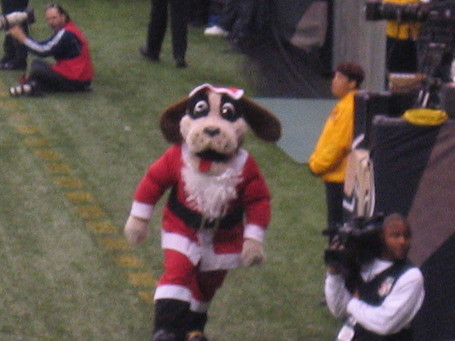 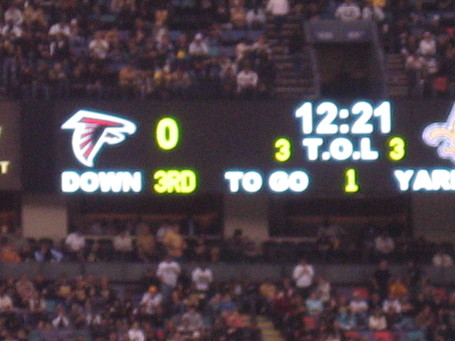 One of the 3rd and 1's that we couldn't convert. 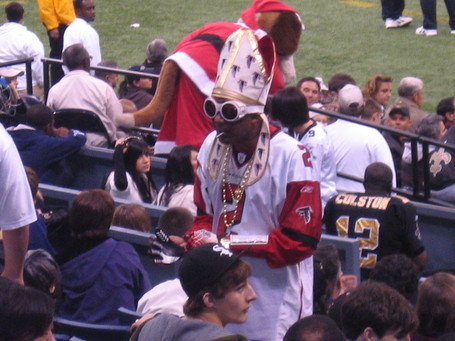 This guys outfit was the Pope meets Flavor Flav. 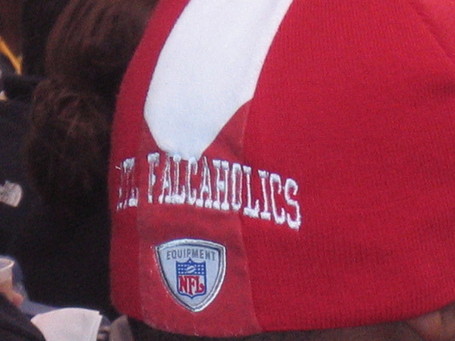 I took this shot for Dave the Falconer. I already posted it on The Falcoholic. His hat is spelled wrong! 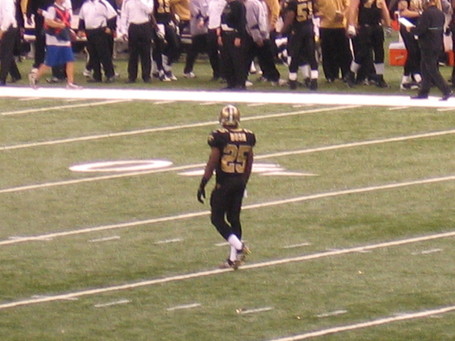 Reggie back to return a punt. 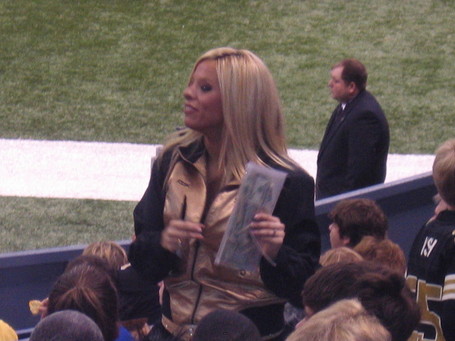 This one's for all the guys out there. 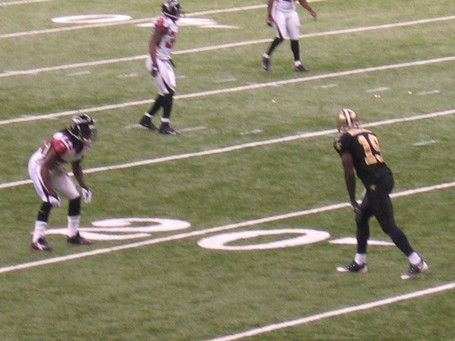 Devery at the line. 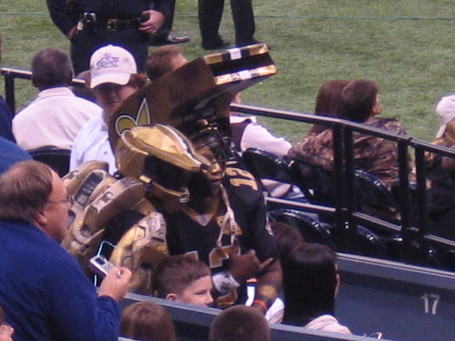 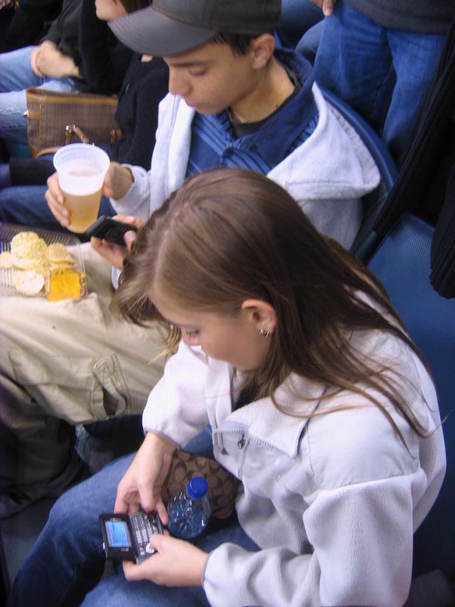 The two idiots I brought to the game. Yeah...they're into it. They are trying to figure out who sings the song, "Unbelievable." The answer is E.M.F...not INXS. 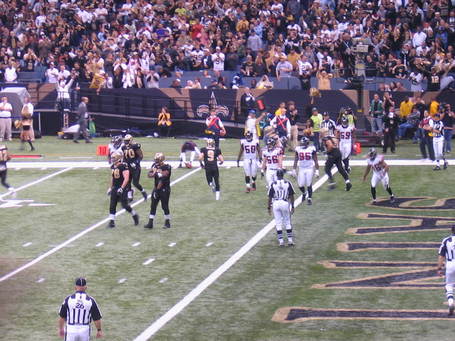