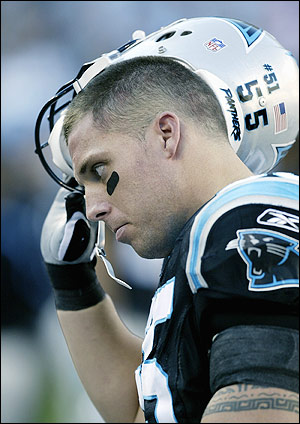 Here is a quick update for you guys. Dan Morgan has already retired after seven years in the NFL and having never played a down for the Saints after they signed him in March.

"When we signed Dan, he was committed to making a fresh start, and he was making every effort to rehabilitate the leg injury that he suffered last year," said Coach Sean Payton. "But it wasn’t responding as well as he had hoped it would. We wish him well in his continued recovery, and he will be remembered for the excellent player he was during his career."

This comes from the New Orleans Saints official website and the Times-Pic. For those of you participating in the discussion in my previous post about the 53-man roster, you can nix Morgan from the mix. What do you guys think? What will all this mean? Which LB will benefit from his retirement? Drop it in the comment section!