Sedrick Ellis and Tracy Porter will be the last two draft picks to be signed. So says Paul Lawrence, agent for Saints CB Tracy Porter, in an article from the Sun Herald. He also said that his client and the team were "not close" in terms of getting a deal done.

"Tracy and Sed will be the last two to sign," Lawrence said.

"The tougher of the two (Porter and Ellis) to sign will be Sed," Lawrence said.

Not worried about it.

I'm starting to get sick of the Manning's. (Photo Source)

The Monroe News Star had a pretty funny and insightful piece about, who else, the Manning's. They are seriously in danger of becoming over-exposed. If you didn't the Manning's were just the greatest, funniest, most talented family ever, than this article will set you straight. They are just good at everything they do yet they remain down to earth. Here are some of the funny parts.

Archie's tone included a chuckle, but you can tell winning and losing was a big deal. The former New Orleans Saint's 11 handicap was second-best in the group to 2007 Super Bowl champ Peyton's 6. Cooper, who Peyton jokingly described as a "social legend" at Ole Miss, and reigning Super Bowl champion quarterback, Eli, play to a 12.

"Everybody wants to give me a hard time for kicking Eli in the backside and 'picking on little Eli,'" Peyton said. "Look, this guy is 230 pounds. He's solid rock. I said, 'before that, he's giving me a wet willie.'

"I tell the director 'don't we have that on film?' He said it's more authentic if he gets it in there every single time. Eli is just loving it. I got an ear infection doing the commercial."

"We mess with my dad," Eli said. "My dad is very neat and likes all the clothes to be picked up; your dirty clothes here and don't leave any Gatorade or water out. He doesn't get it, but we'll throw stuff on the ground and he'll come and pick it up and put it away. We'll get it back out and throw it back on the ground. He'll just keep coming and pick it up; just talking and not noticing."

If I get the Manning's to adopt me, can I be a good football player too?

Here is a random one from LancasterOnline.com. Two women from Lancaster, PA,  Glenn Cook and Heather Spire, created a special vest that is designed to keep the wearer cool.

The vests, which cool by evaporation, not with ice packs, are being marketed to anyone who toils in the heat.

The short, quilted vests, which retail for $295 apiece, are guaranteed to stay cool for 48 hours after being submerged in cool water for just 6 seconds, says Cook.

These vests contain a high-tech fleece that absorbs the water and then releases it by evaporation, cooling the people wearing them longer than any other evaporative vest, she says.

Weighing 2½ pounds when activated with water, the vests' exterior fabric stays dry, allowing them to be worn comfortably over a T-shirt.

What does this have to do with the Saints?

The Philadelphia Eagles football team also tried them at a pre-season camp and will do further testing with eight vests at their training camp later this month and next, according to Cook and Spire.

Two other NFL teams, the New Orleans Saints and the Baltimore Ravens, also are trying them.

If you want to know what Vegas thinks about the Saints chances this season, look no further. The over/under for total wins has been set and its not very optimistic. Here is a team breakdown from a guy whose job really depends on getting it right. 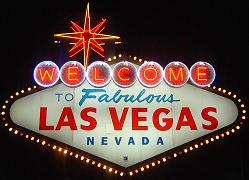 New Orleans Saints over/under 8½ wins: Sean Payton did a sensational job in his first season, getting the Saints to the NFC Championship game, then everything went wrong last season. In an age of offense, the Saints are still loaded, No. 1 in total offense in 2006 and No. 4 last season, led by Drew Brees (4,423 yards, 28 TDs, 18 INTs), and the backfield tandem of Reggie Bush and Deuce McAllister. This offense is tailor-made for the indoor surface in New Orleans.

The defense has been a problem, but they moved up in the draft to take USC nose tackle Sedrick Ellis with the 7th pick, along with DT DeMario Pressley (5th round, NC State). After having to duel with the AFC South last season (losses to the Texans, Colts and Titans), the Saints get the AFC West, which includes a pair of cupcakes in the Chiefs and Raiders. And remember they played in a division in 2007 where only one team (Bucs) had a winning record. Over 8½ wins is more likely.

Nice! I think this is a no-brainer. Might make a little wager myself.

armchairGM.com had a bit to say about the Saints in their regular Walkers Rants section.

Surprise everyone except Saints fans.

You guys ought to like this. Kim Kardashian's sister is going to the clink. Per Kim K.'s official blog.

I have been getting asked all day if Khloe is going to jail. I know my fans rely on coming to my blog for the truth...

Khloe wants you to know she was sentenced to go to jail in regards to her one DUI case last year.

Glad I added her site to my daily blogroll.

For those of you with NFL Network, here is the full preseason game lineup.