What DID Happen to Kenny Wilkerson?

Share All sharing options for: What DID Happen to Kenny Wilkerson? 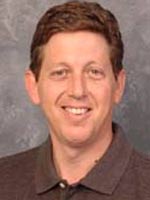 Where is he now?(Photo Source)

A while back, long time Saints broadcaster Kenny Wilkerson mysteriously resigned out of thin air, leaving many to wonder what the actual circumstances of his leaving really were. CSC reported this on April 26th when it originally happened. Here is what the Times-Pic said at the time.

Wilkerson, who'd worked at the station for 17 years, wouldn't comment on his departure beyond confirming that he'd resigned...In addition to co-hosting the station's afternoon-drive "SportsTalk" block with Hebert, Wilkerson had done sidelines reporting for WWL's broadcasts of New Orleans Saints games since 1997.

For those of you who check in on this site regularly, you know that I don't ever report nonsense, untruths or rumors. I pretty much stick to the facts as they are reported. But earlier today a little birdie told me a juicy bit of information that I thought I should at least share with you guys.

There has been much ado about the cause of Kenny Wilkerson's resignation and no real answers have been given to this point. It has been speculated that Wilkerson was let go because of his dealings with a popular Saints website, and CSC has learned information that confirms that speculation.

Apparently, Wilkerson had a few insiders in the organization who were leaking him information and he was reporting this information without the consent of the team on a well-known Saints website. The Saints were not happy with this situation and so here we stand today, minus Kenny Wilkerson on our radios. The people responsible for leaking this information were also dealt with in a similar fashion.

I know the first reaction everyone will have will be to ask me where I obtained this information and how can I prove that it's valid. I can't and I won't.  You may take this information for what its worth. I can say that I do believe it, and given what we already thought about the situation, I would say this merely acts as a confirmation of early conjectures.