Yesterday we talked about the not so fine points of the Saints first pre-season game against the Arizona Cardinals. Today we discuss the more positive aspects of the game and what went right. Fortunately, I think the positives far outweigh the negatives.

Receivers You knew I would have to start off with this after Meachem and Arrington led the team in receiving. This is getting really good. With the emergence of Meachington, this has turned into quite a deep squad. When this team added Shockey, the hot topic of conversation was how this would free up Colston from defensive double teams and spread out opposing defenses. I can't even imagine the possibilities now that Meachem is in the mix. Pepper in a little Arrington on top of that and you've got a defensive coordinators nightmare. Mark Campbell also looks like he might very well earn that second spot after missing almost all of last season. The coaching staff will certainly have some tough decisions to make when it comes time to decide who to keep and who to jettison. Fortunately, that is a decision most coaches would love to have to make. Who needs a running game when you've got all of this? 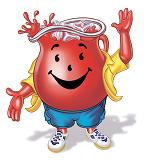 Reggie Bush Maybe I've been drinking the Kool Aid here, but I really think this is going to be the year. Try some, its delicious! Anyone who doesn't think Reggie has talent is just plain blind. Sure, he's no human highlight reel like he was at USC, but the kid's got moves. As it stands, Reggie carried 7 times for 22 yards. Take away those two stupid penalties and it becomes 9 carries for 52 yards, one of which looked like a botched play that he turned to the outside for a 12 yard gain. Those are pretty respectable numbers for a first pre-season game. Add to that the poor run blocking by our line and I would say Reggie has shown noticeable improvement. He certainly looked more decisive and hungry. Still don't think he will ever be a back in the style of Deuce, but when he has the ball when he's out on the field, he is always a factor and always dangerous.

Defensive Line Just as touted, we look much improved. They were a lot quicker and more aggressive. To be honest, I don't remember ever seeing a consistent pass rush like last night in recent Saints history. Sedrick Ellis was a little shaky but certainly should be able to start week one. Orien Harris was a big surprise on the night and co-led the team in tackles on Thursday night. The defensive tackle position is similar to the receiver spot in that there seems to be quite a few players stepping up, adding depth and making the battle very interesting. Again, the coaches may have to make a tough decision when the time comes to cut the roster down to 53.

We Are Holding Back One of the things I think is great about this last game was the fact that we didn't even dress incredibly key players on this team. Colston, Shockey, Deuce, McKenzie and Vilma were all missing. These guys are all arguably the best players on this team at their respective positions. Thursday nights showing was like a "worst case scenario" example of what our team would look like in week 15 after being ravaged an entire season by injury, and it wasn't that bad! We should all be very pleased with the depth on this team and take stock in the fact that, at our healthiest, we will be an even better team.