Share All sharing options for: Niners @ Saints: Players to Watch 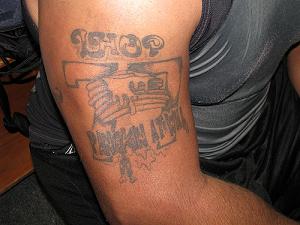 Reggie Bush Bush has done well against San Francisco in the past. He has looked great so far this season and there is no reason why this won't continue. In fact, its scary to say, but I think we haven't even seen Reggie get hot yet. The Niners will definitely be keying on him so Reggie will definitely need to elevate his game. Patrick Willis makes a lot of tackles so Bush has a tough matchup over the middle on Sunday.

Lance Moore/Robert Meachem This is a big opportunity for the two young receivers. Matter of fact, this is really a big opportunity for all of the receivers. Lance Moore has continued to show improvement and we know that Drew has a lot of trust in him. Meachem has also continued to turn in respectable games with big catches. We could definitely see a break-out game from either of these, maybe 100 yards and 2 touchdowns. Maybe even both? That would be sweet.

Carl Nicks  Time to step up. Nicks is a rookie so he's no where near perfect but I hear good things about the rookie. Losing a good player like Jamar Nesbit hurts but his pass blocking was better than his run blocking and run blocking is what we need more of. With Nicks' size, maybe he will be the key to opening up bigger holes for our running backs.

Sedrick Ellis/Kendrick Clancy  With Frank Gore and DeShaun Foster toting the rock for San Francisco these two are going to have a long day. The Niners run the ball straight up the middle more than any other direction and average 5.6 yards per carry when doing so, 4th highest in the league. Their success in this matchup with be very key in the Saints stopping the run.

Deuce McAllister  All signs point to yes. I doubt we will see him much, certainly not 20 carries but this should be the official beginning of the comeback. If he dresses and doesn't see the field again, heads are gonna roll.

J.T. O'Sullivan/Jamie Martin  I just thought it was interesting that the Niners have two former Saints quarterbacks.