What a Difference a Deuce Makes

Share All sharing options for: What a Difference a Deuce Makes 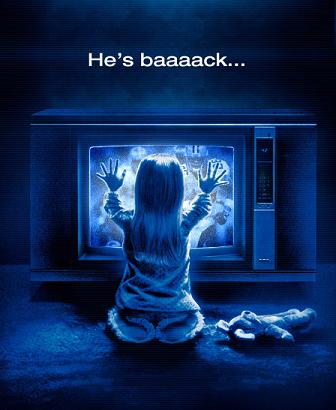 My mother said it best on Sunday. It was sometime shortly after Deuce got his touchdown.

"It's nice having Deuce back isn't it?"

Keep in mind this is a woman who knows nothing about football. She's not a Saints fan. The last time she attended an NFL game was to see the Jets play...in Shea Stadium. But her comment and the amateur opinion behind it couldn't ring more true. If it was that obvious to someone like my mother then it had to be obvious to every Saints fan.

By now we have all been reminded how much this team missed Deuce. He brings exactly what this offense has been missing and after such a long time of not seeing it, I personally forgot how important he is to this team. Having a threat in the running game like Deuce keeps the defense honest and it opens things up for Drew's passing and for Payton's play calling. Pierre Thomas is a great running back and I still love him, but Deuce is just special.

Deuce brought something else with him for the Saints in this game however, either by random coincidence or as a direct result of his play.

The rest of the team.

It has been consistency's evil twin brother, inconsistency, at the very root of the Saints woes for years. If one player has a good game another player is usually slacking. A great play is often followed by an incredibly idiotic blunder (see: River City Relay). Unfortunately, games when the Saints fire on all cylinders are few and far between. Dallas in '06 was one of those games. Thanks greatly to Deuce, his talent and the influence and inspiration he brings, Sunday was one of those games. It's an awesome feeling, like when you drive to work and catch every light and make every great lane changing and traffic avoiding decision arriving in the most efficient way possible, knowing you couldn't have done it any better. The Saints finally looked as good on the field as they do on paper and it was a thing of beauty.

Think back to this summer before a down was ever played by the 2008 New Orleans Saints. What were some of this seasons main keys for success?

Now that the Saints have correctly answered all the necessary questions for success the only question remaining is, "Will it last?" The Saints are currently 2-2 and standing at a crossroads. What path they choose is yet to be determined but there are two most likely scenarios:

This makes the Saints week 4 win over the Niners the official turning point of the 2008 season. The Saints season officially starts right now and the decision is in every players hands. If Deuce is in fact the missing link the Saints should be well on their way to a playoff spot. It is time to start that march to Tampa. We have seen what this team is capable of and we know what we can realistically expect. This will be the week that we inevitably look back at, either angrily and wondering why we never got a chance to see such brilliance again or fondly as the moment the team finally gelled and the big picture was realized. Either way, it's a new day in Who Dat Nation.

Deuce is back and the rest of the team is right behind him. Here's hoping they stay awhile.

(A big thank you and shout out to MtnExile, CSC's photoshop genius, for the awesome picture above! He has a true talent and I hope to have him help out more and lend those talents whenever at all possible. Again, thanks so much!!)