Share All sharing options for: Dan Morgan Returning to Saints? 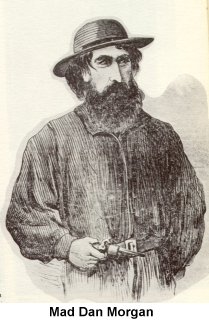 I told you Morgan was old. (Photo Source)

The Saints may be making their first off-season acquisition...again. Remember Dan Morgan? He's the linebacker the Saints signed from Carolina last off-season but before ever even putting on a Saints uniform he abrubtly retired. Mike Florio at Pro Football Talk says that Dan Morgan is planning a comeback.

Per a league source, Morgan intends to return to the New Orleans

Of course this begs the question: Is Gregg Williams behind all of this? We know Gibbs sucks but is his defense so awful that Morgan retired just to avoid being a part of it and only now feels he can return with Williams at the wheel? I'm kidding...sorta. We already know Williams has a penchant for talented linebackers and has gushed about Vilma this week so perhaps he's behind all of this and is attempting to snag yet another Miami LB to be a part of his defensive turnaround.

Whatever the reason for his possible return it's fair to say Dan Morgan will have an uphill climb to make this squad next year. A talented player when in his prime, Morgan is no spring chicken anymore and has been very injury prone, playing minimally his last two seasons. I doubt Morgan will be much of a solution to the Saints defensive issues but everyone deserves a shot and it certainly couldn't hurt to give him a look. If Dan Morgan does return I wish him good luck and welcome him back with open arms.