I'm gonna start this whole thing off by simply saying that the view from section 140, and every other Superdome section for that matter, is freakin' beautiful.

Billed as the first real test for the Saints this year, it's safe to say they've passed with flying colors. In fact, every question I had about this team has been answered. Seems the only thing left now is just to sit back and enjoy the rest of the show. I guess the only question really remaining is: How far can the Saints take this?

Let's go to the bullets: 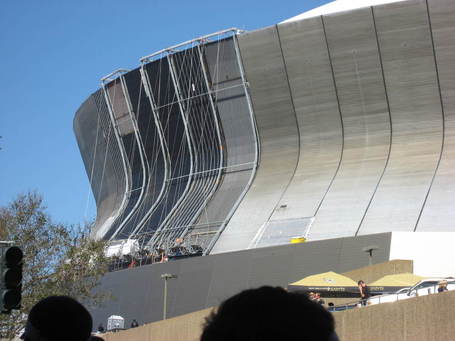 Construction on the Superdome. 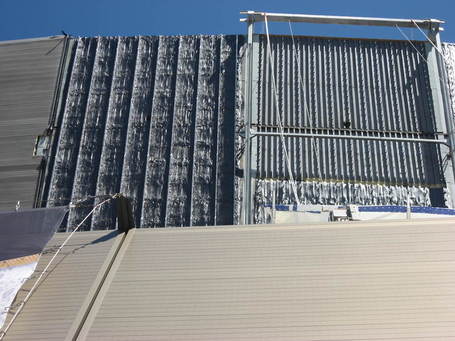 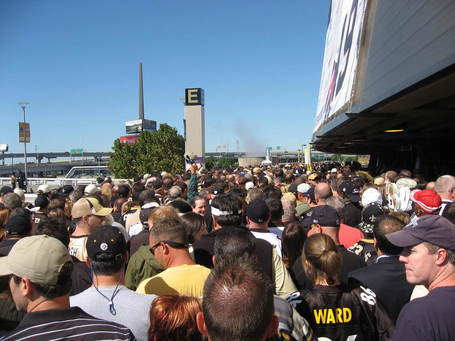 The ridiculous crowd trying to get into the Dome. 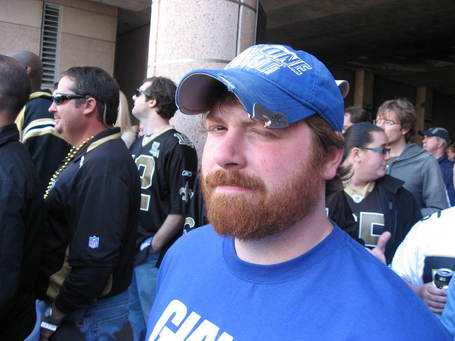 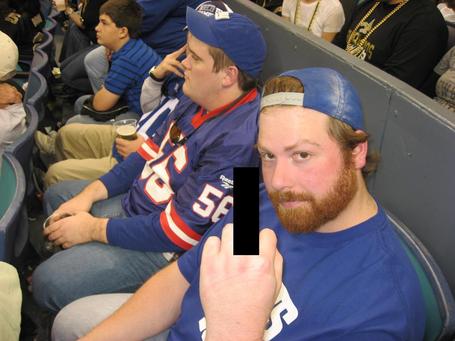 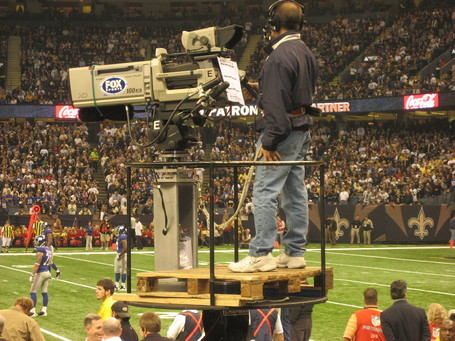 The cameraman was so short he needed to stand on a pallet. 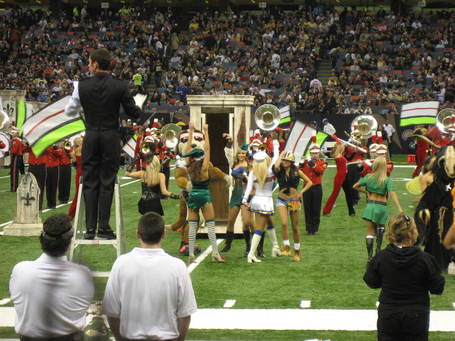 The Saintsations switched into their Halloween costumes for halftime. 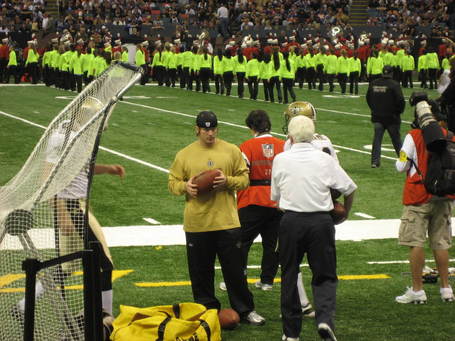 Hartley getting back into the "kick" of things. 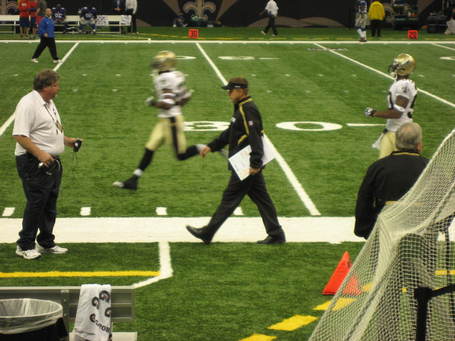 Payton has such a distinctive walk. Big strides. I think this picture sums it all up. 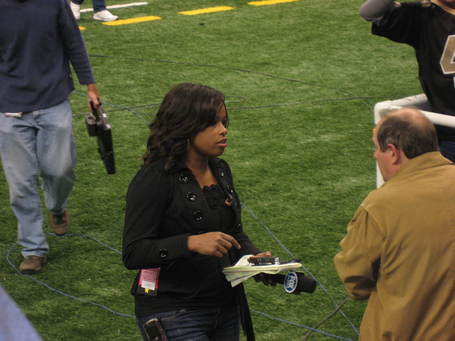 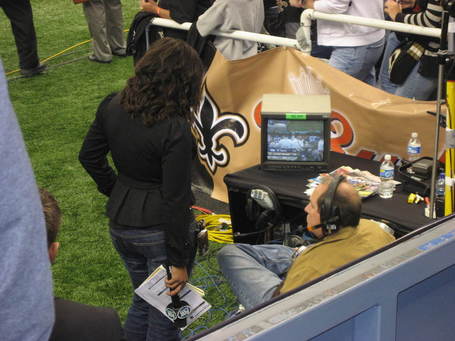 Checking out the TV feed. 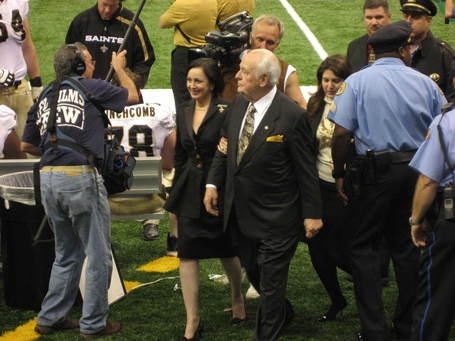 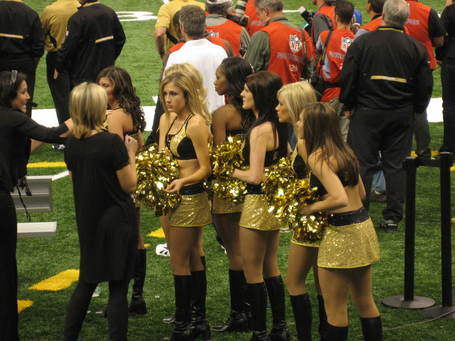 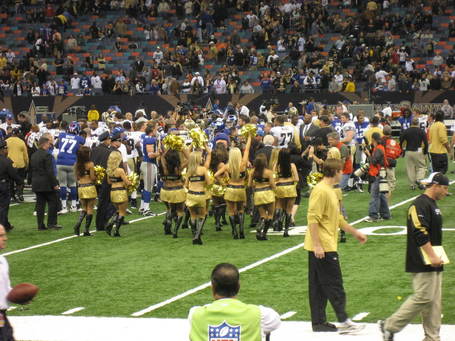 The Benson Boogie in full effect. Check out Fujita in his boot. 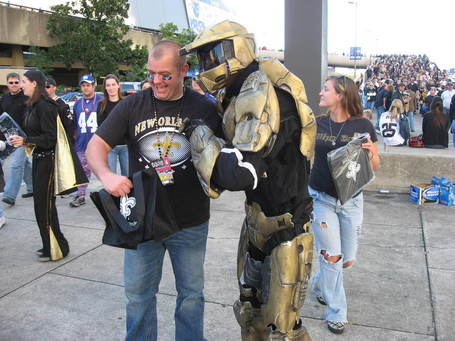