That perception of destiny just won't go away. This feels like 2006 on steroids.

The Saints victory of the Jets yesterday wasn't the prettiest game we've seen the Saints play by any means but like last week, it proved that these guys are not one dimensional and can win however they need to. This does not have to be the Drew Brees show. Last week against the Bills we found out this defense is good enough to keep the Saints in games. Yesterday, we learned they can flat out win them.

So revel in the perfection and the knowledge that your Saints are among the NFL's elite. After the bye week, the real fun starts.

Make the jump for my observations, talking points and photos from yesterday's victory. Then discuss.

Let's go to the bullets: 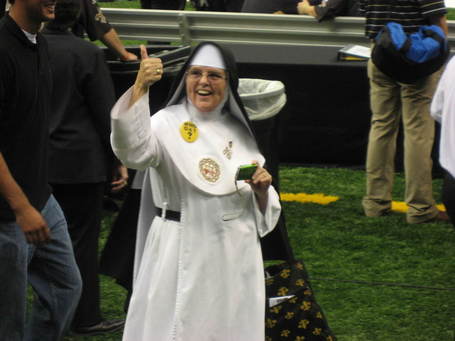 Pretty sure this was NOT a costume. 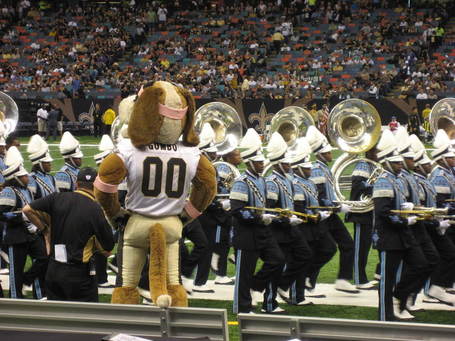 Even Gumbo was sporting the pink. 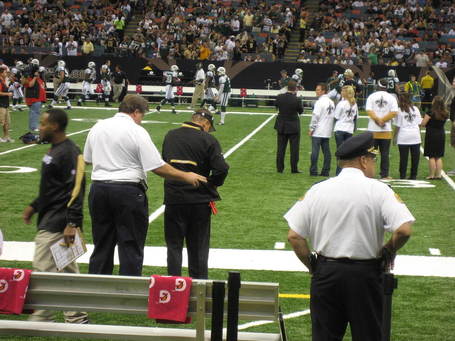 Payton getting mic'd up. Feel free to caption this one yourself in the comment section. 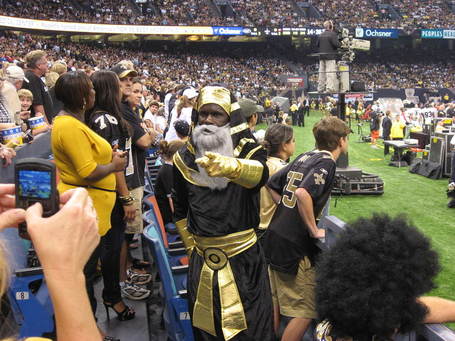 Moses wants YOU to get loud on third down. 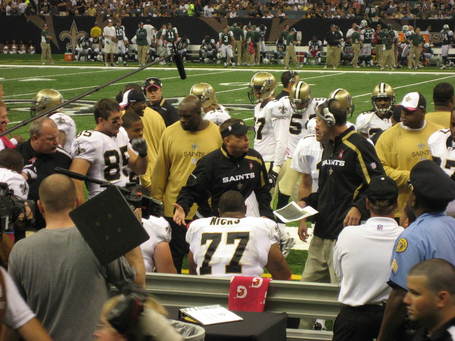 Payton having a chat with the offensive line. 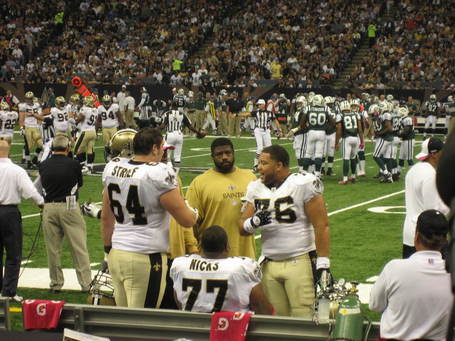 Goodwin talking with the rest of the line. 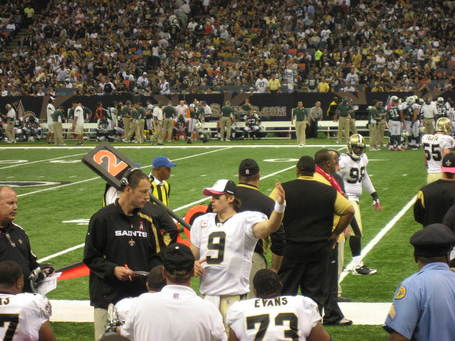 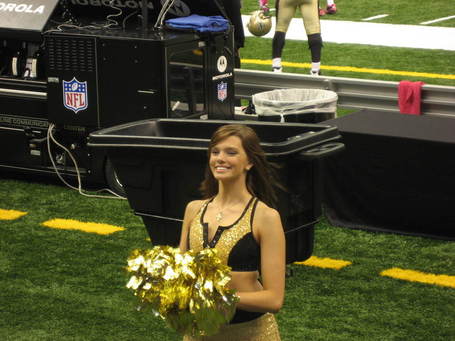 Here's the roll call for the game thread. Thanks for everyone who participated. We're gonna have to split it up into halves now.
Total Users: 48
Total Posts: 1053
Total Threads: 1