With the Saints off to the best start of their existence and talks of the Superbowl in the same sentence, fans are having difficulty dealing with being "winners" after a lifetime of losing. How To Be A Fan Of A Winning Team For Dummies has ten commandments that will aid these individuals in their transition from "bagging heads" to bagging trophies. The list of ten commandments follows. 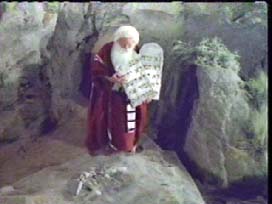 10. Thou shalt NOT drink thyself into a stupor PRIOR to the game.

There is no need to render yourself incapable of understanding what is going on in the game as your team has a real shot at winning and not making a mockery of itself. Drinking yourself into a stupor during the game is acceptable and encouraged.

9. Thou shalt not drink and take shots in order to affect the game.

Your team will come back and can come back from any bad occurence on the field. Jose, Jack, Jim and Johnny in little glasses will have no affect other than to have you miss that amazing moment, because, let's face it, there will be lots of those moments. Drinking for the purposes of alcoholism and celebration are encouraged as stated in #10.

8. Thou shalt not be perturbed by mentionings of TRAP games.

This is simply what fans of losing teams say when their team has no chance of doing anything other than playing spoiler to REAL football teams. These fans should be easy to identify as the look remarkably similar to Saints fans from prior seasons.

7. Thou shalt not be discouraged by media's negative opinion of thy team.

The Saints are being talked about by National media, that should tell you everything. It's much better to be hearing from the media about when they will lose a game as opposed to previous years in which the question was when they may actually win one. The Saints are on a pedestal until someone knocks them off, learn to like it.

6. Thou shalt not avoid wearing of thine jerseys out of fear of rendering thy team and player inept.

This was actually an excuse created by Saints players in the 70s to explain their horrific play. The bag heads came as a result of fans hoping that the counter to wearing jerseys would successfullly lead to winning play and seasons. Since it was a ruse, obviously it didn't work. Wear your jerseys with pride, Brees will still be awesome.

5. Thou shalt talketh the smacketh at every opportunity.

The Saints are winning, you may not get another opportunity! Rub it in everyone's...FACE!

4. Thou shalt not wish for losses out of comfort or fear of apocalypse due to a Saints undefeated season.

Hell may freeze over, but the world won't end. Let's not wish ill on our team in order to feel a little comfortable about something we aren't used to...a great team. Just because we're used to losing, doesn't mean we need to have a loss to feel "centered".

3. Thou shalt not compare thy team to the Patriots, Colts or 72' Dolphins.

The Pats played in an extremely weak division and won four games by 4 points or less, the Colts lucked out against the Pats among other close calls, and the Dolphins didn't play 16 games. The Saints aren't any of those teams. Last week's win against the Rams came with the third and fourth-string cornerbacks, third and fourth-string DTs, and the second-string safety. Drew Brees threw two interceptions and Reggie Bush was hurt in the 4th quarter, yet it still took a goal line fumble and a hail mary to give the Rams even a chance of taking the game. It says a lot to have a team that can win with even its poorest performances. None of those teams could have overcome that, especially not three weeks straight. That translates to a real shot at being undefeated and winning a bowl, but they do need to play more crisp. They will.

2. Thou shalt not wait for the collapse of thy team.

Just because the Saints have a history of losing, doesn't mean that they can't change that history today. It is a defeatist mentality to not expect greatness, so that you aren't let down when you don't achieve. If we as fans continue to expect a collapse from the Saints, we will be creating a "Self-fulfilling Prophecy." If you aren't familiar with the term, the dumbed down version is, "If you think the Saints will collapse, you will be causing them to collapse."

1. Thou shalt cheer is loud as humanly possible no matter where you are in the world!

They can't hear you, scream until they can. While jerseys, trap games, alcohol and media won't affect the outcome of any of these games, fan support will. Stop being fair-weather or negative, start supporting your team. You wouldn't think this would need to be said during an undefeated season.

Feel free to add new commandments, there's no rule that says there must be 10. Mel Brooks proved there were 15 originally!