So...that's what all the fuss was about.

I'm not going to lie to you guys, I wasn't really confident that the Saints would win this game. I had mentally prepared myself for the team to lose. It would take sixty minutes of nearly mistake-free football for the Saints to triumph against a team like New England and though I knew the Saints were capable of accomplishing such a task, it all depended on whether that particular Saints team would show up at the Dome last night.

Fortunately, they did. Big time. I didn't even realize the surgical precision with which the Saints carved up the Patriots until I got home after the game and flipped on ESPN. In the Dome it seemed like a solid performance. On TV, it looked like domination. And Drew Brees, oh my lord.

I was wrong and I am man enough to admit it. This game was a big deal and for all the reasons you guys mentioned. Because the Dome is a special place and a huge advantage over opponents; it will come especially in handy during the playoffs and the Saints need to keep ahead of the Vikings to assure that. Because this win answers every single remaining question any of us or the media could possibly have had about the talent, moxie, depth and drive of this entire football team and now the whole country knows it.

Actually, there is one more question left. If the perfect season didn't end last night against New England...will it ever?

To the bullets, Batman: 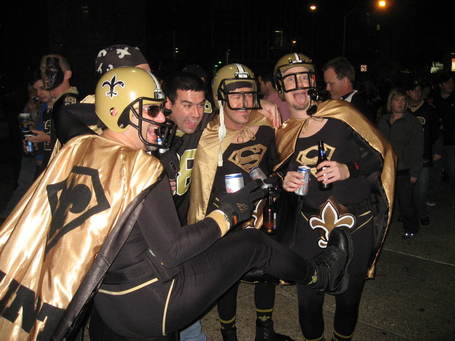 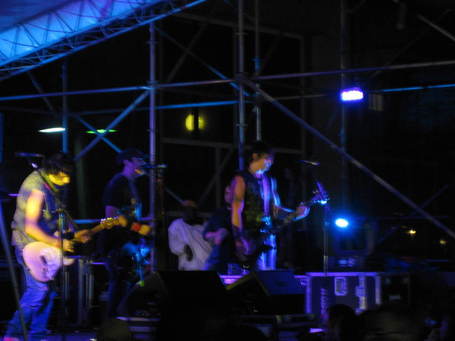 I think this was Jimmy Eat World if I'm not mistaken. 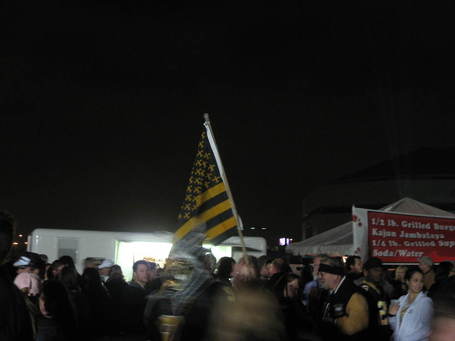 My favorite picture of the night. 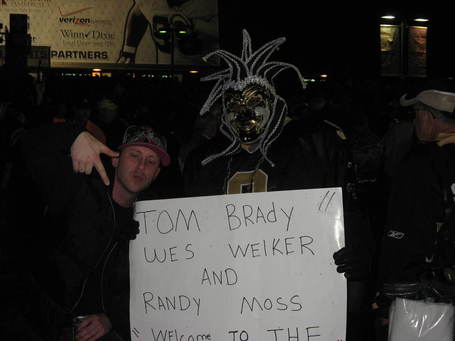 I'll let you guys caption this one. 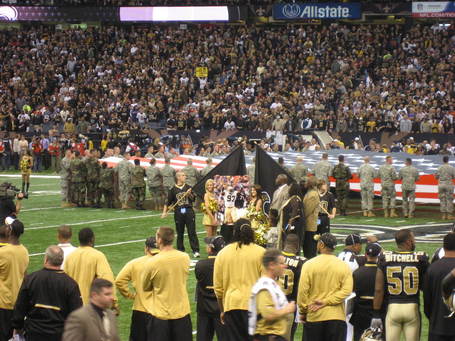 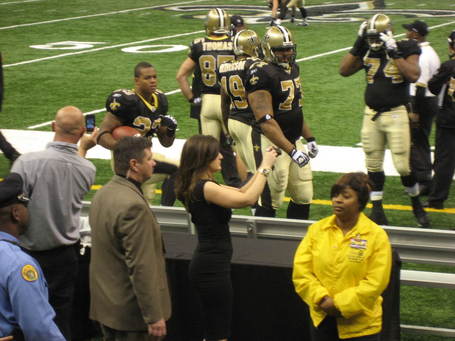 Even Rita's got to get a picture of the action. 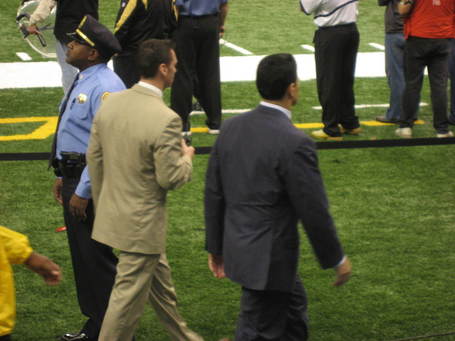 The back of Teddy Bruschi's head. 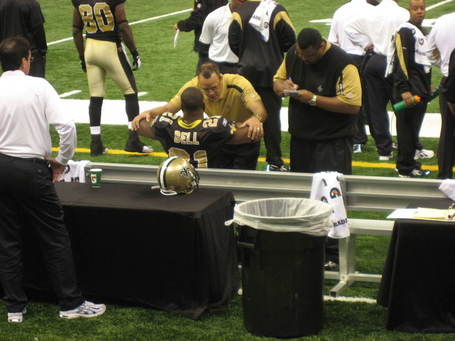 Mike Bell getting checked out after his first injury. 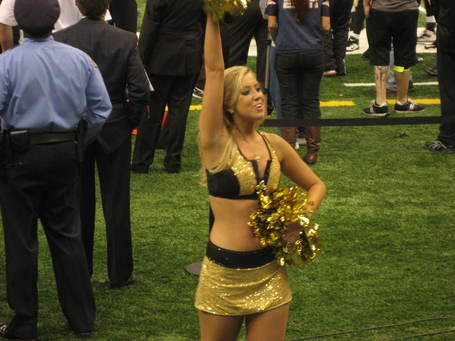 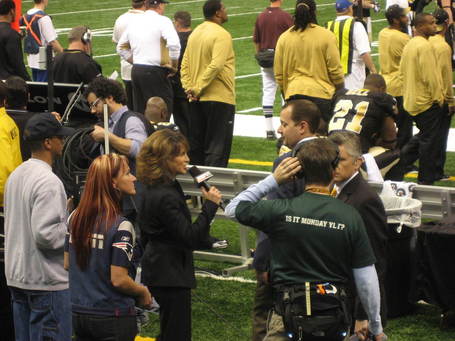 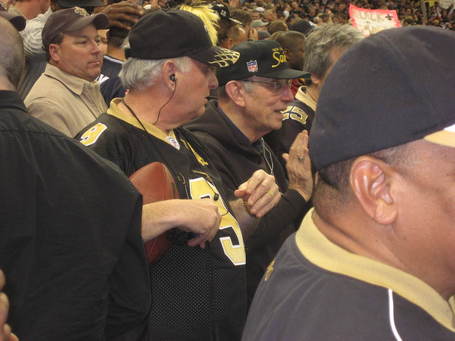 This lucky bastard caught Meachem's touchdown ball when he threw it into the stands. 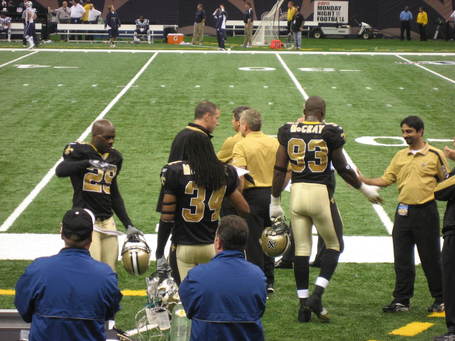 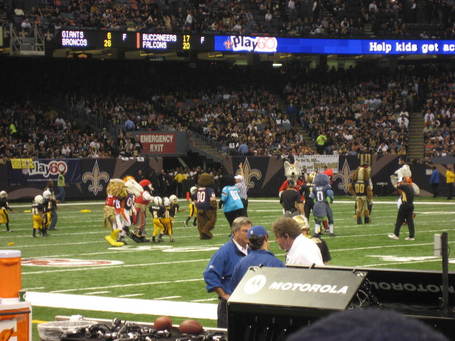 The halftime show was a football game between kids and random NFL mascots. 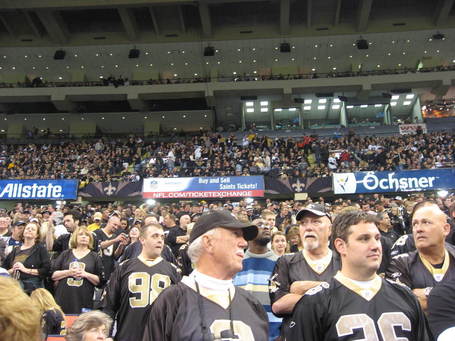 The view from section 140: Backside. 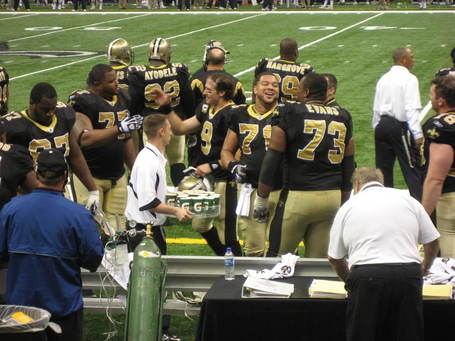 Drew thanking his offensive line. All of them. 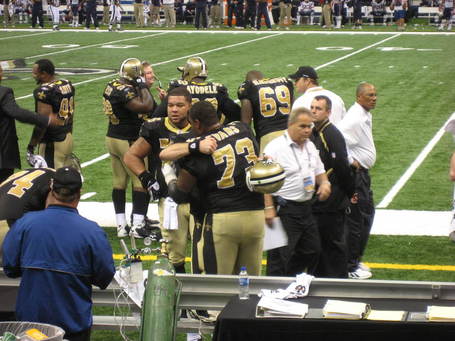 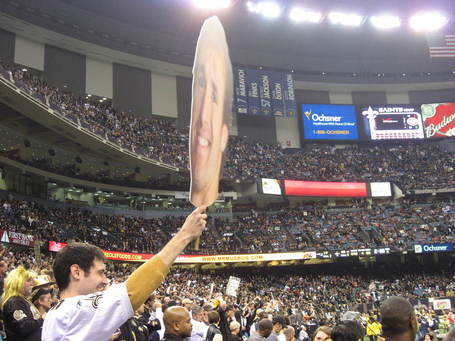 After last night's performance, I'm worried Drew's going to get a big head. 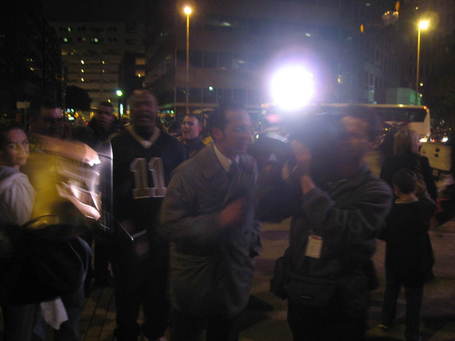 Local news after the game.