I won't say I told you so. That would mean I think I'm better than you but I can assure you I am most certainly not. I'm hurting just as much as you right now, literally (I bruised my finger from clapping so hard during the comeback attempt) and figuratively. Even though it's only the first loss of the season for the Saints, it feels like the fourteenth. But I did acknowledge this week that the Saints haven't looked as swaggerific in recent weeks and, win or lose, this team had to put on an impressive performance against the Cowboys last night.

The Saints lost and I'm not impressed. Unfortunately, just like the tragic events of September 11th didn't guarantee the Yankees a World Series victory or the sudden death of wide receiver Chris Henry doesn't assure the Bengals a win this afternoon over the Chargers, neither does the 43 years of pain and suffering that Saints fans have had to endure mean that our team is destined to go undefeated or win the Super Bowl. It may feel like that some times, but it's just not the way it works. The New Orleans Saints and their fans aren't owed anything.

And maybe now that the blinding veil of perfection has been lifted we, the fans, can all look at the situation a bit more objectively. The Saints are a team on the decline. They're beat up, they're tired and their incredible luck with missed field goals isn't always going to be enough to win football games. Whether you like it or not, we're seeing the magic run out. The magic that in games past created perfectly timed turnovers, huge deficit comebacks and last minute touchdown drives.

I'm not trying to be a Debbie Downer here, though, and believe it or not I don't think all is lost. Not by any means. In fact, I've got to agree with Bob Griese on this one and say that this is probably the best thing to happen to the Saints. The pressure is off now for the team and this loss at home should prove to every member of the squad that nothing should be taken for granted. As a certain CSC member said at the end of the second half open game thread...

Can't be hungry if you don't know what it's like to starve a little.

One last positive thought before we go to the usual bullets. If I had asked any of you in August what you thought the Saints final record would be, I'm sure all of you would have been in the 10-6 to 12-4 range. The Saints have already exceeded almost all expectations this year and New Orleans will get to host a divisional playoff game, guaranteed. This is a good football team. So take a step back and make sure to breath it all in.

But know that next week's game will be the deciding factor as to which direction this team is heading and what we can expect the rest of the way.

And now for the usual bullets:

Here is a photographic stroll through my evening. By request, I tried to include more pictures than usual. Enjoy. 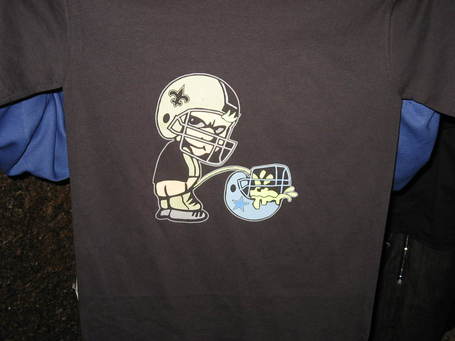 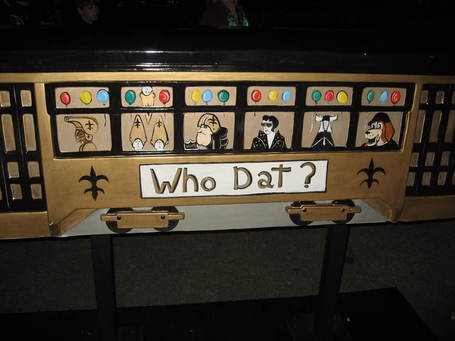 Might have shown this to you guys before. It sits at the foot of the main ramp on Poydras St. 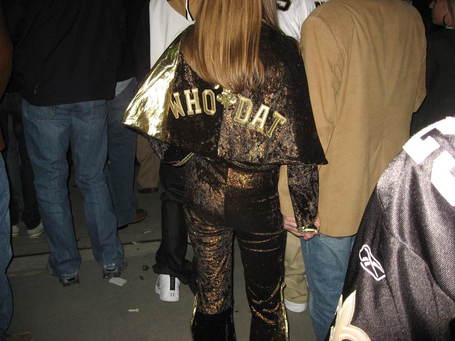 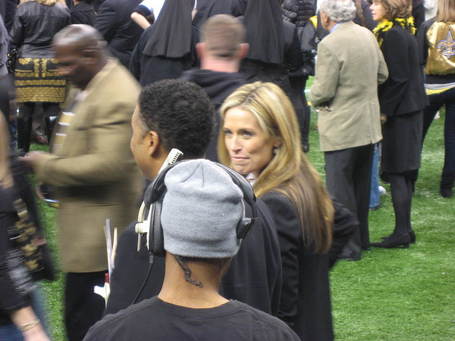 Field reporters before the game. I don't have NFL Network so I have no idea who these people are. 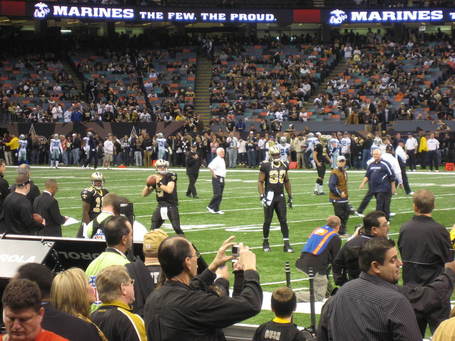 Brees and Co. warming up. That's Jazzfest producer Quint Davis in the foreground. 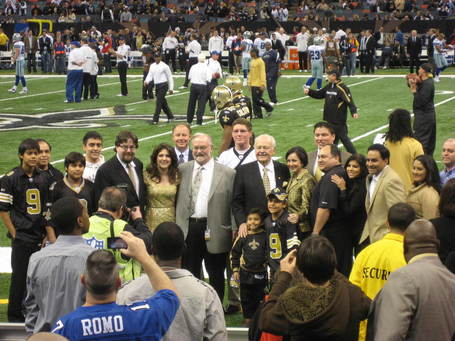 I swear they just pose for me. 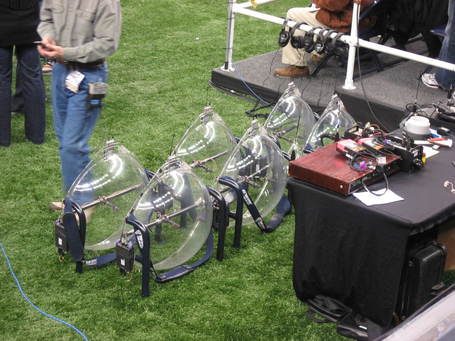 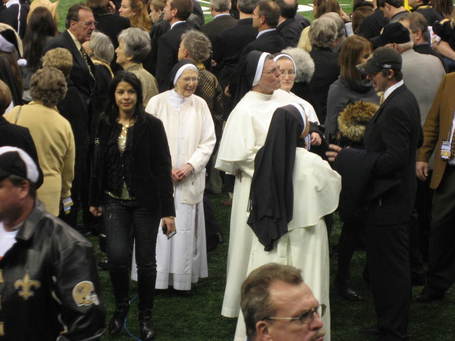 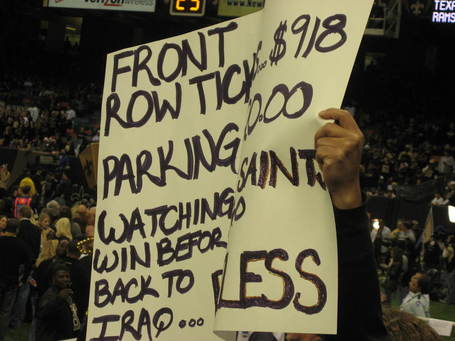 Poor woman has to go back to Iraq broke. 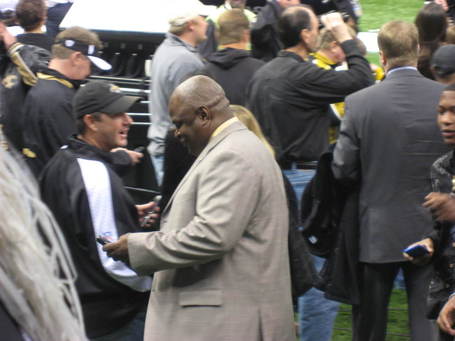 You know who this is. 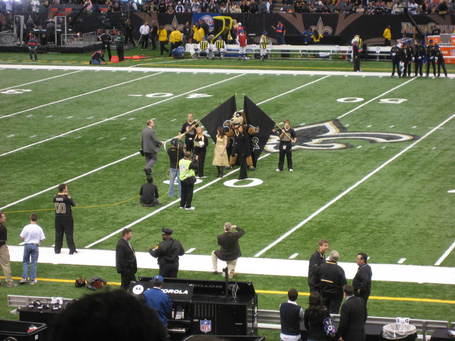 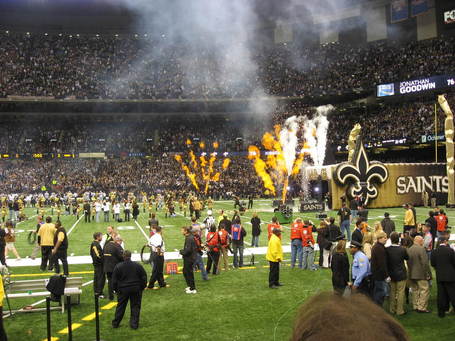 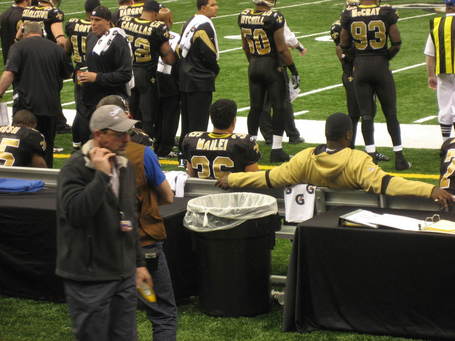 You guys know I'm pretty on top of everything Saints related but who the hell is Mailei? 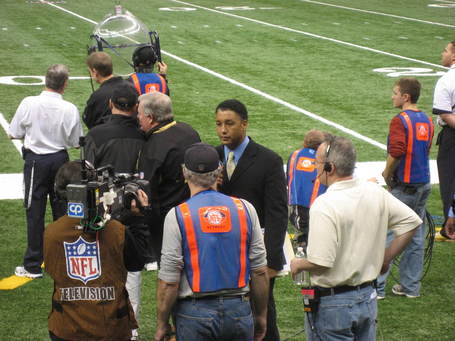 Another day at the office. 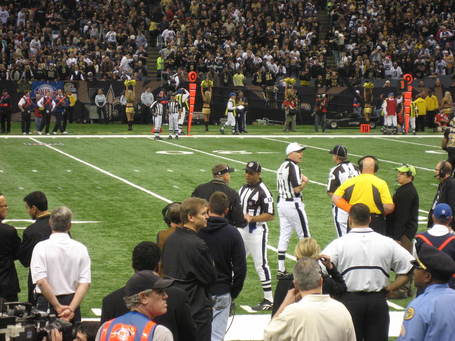 Payton giving it to the officials. 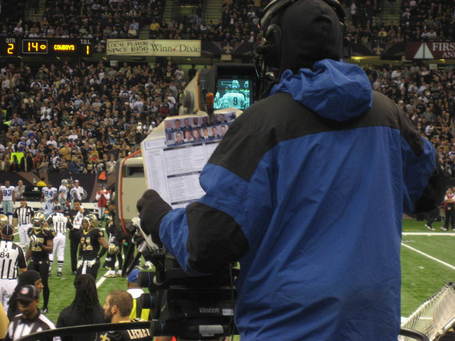 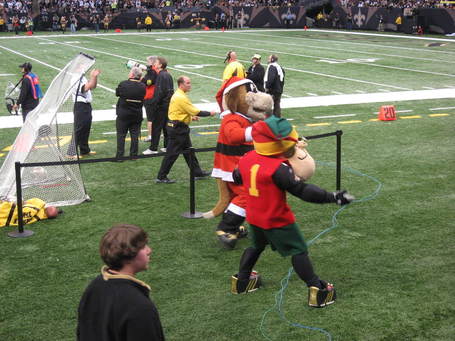 Mascots in their Christmas outfits. 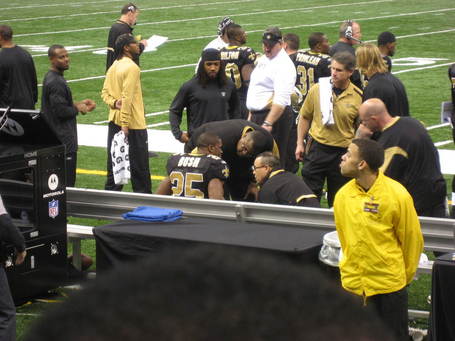 Are you okay, Reggie? 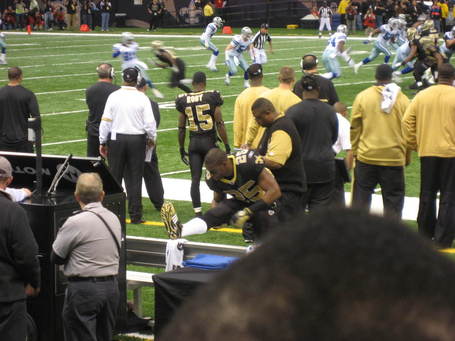 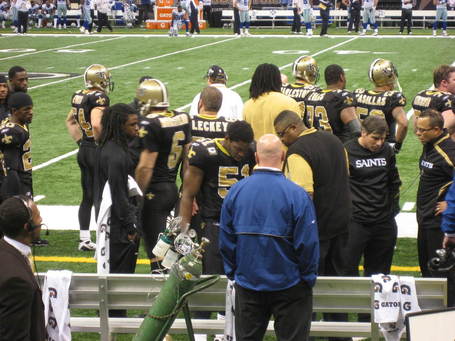 Vilma on the sidelines after getting shaken up. 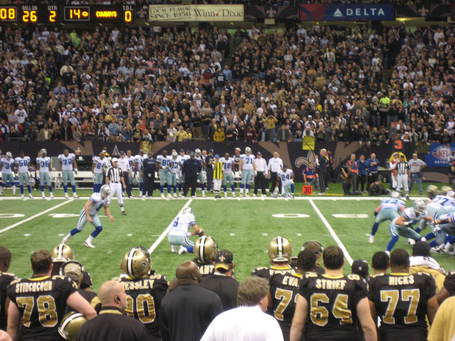 Folk made this one. 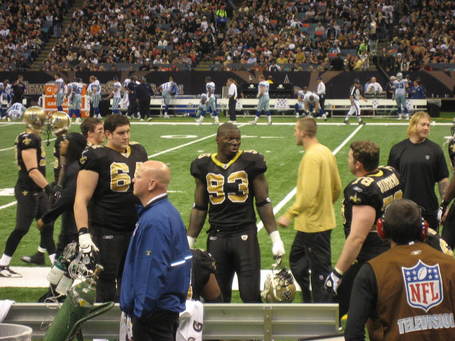 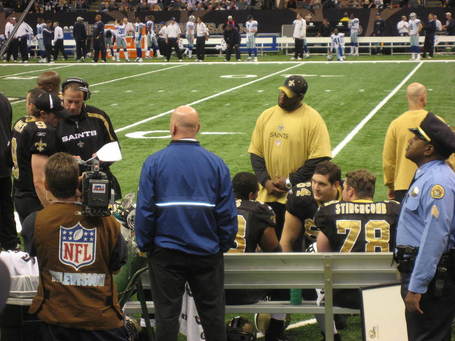 The entire offense trying to figure out what's wrong. 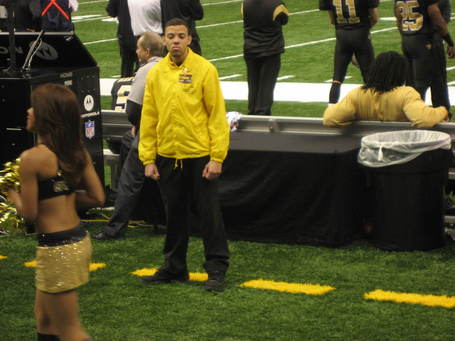 Dude is catching a peek. 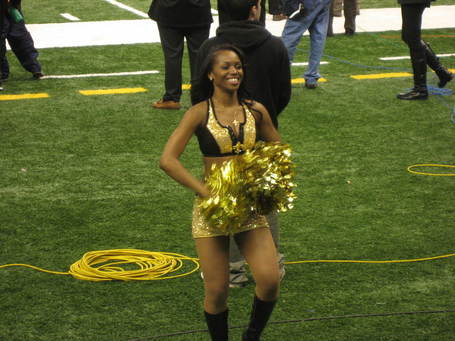 We're you getting worried I would break tradition? 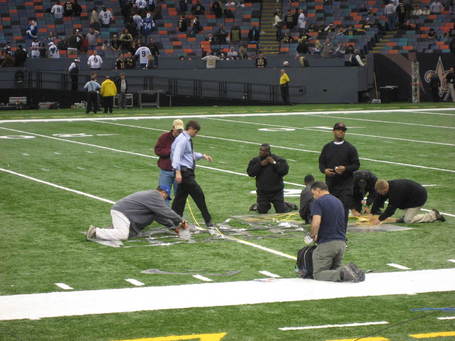 This is literally three minutes after the game ended. These guys are already painting on the field logos for the New Orleans Bowl game. Unbelievable. They don't waste any time. Players are still praying at midfield.