I went to New York for the holidays to spend time with my family and friends; the Saints were a hot topic of discussion during the week. When anyone asked me whether I was excited or how I felt about the Saints chances in January, I just couldn't be too positive. The Saints, for quite some time now, have appeared to be in decline. They aren't peaking right now when they need to be and their best days seem to be behind them. I would be foolish to ignore it. So would you.

In fact, a family friend of mine told me over dinner that he was thinking of betting on the Saints to win todays game with the spread being fourteen points. His line of thinking was that the Saints were at home and the Buccaneers, well, aren't very good. On paper, that logic makes complete sense but anyone watching the Saints continue to struggle for the past few weeks would have known it wouldn't be that easy. Thinking that the Saints would win but not by the fourteen points, I told him not to make the bet. Sometimes, I hate being right.

For the first half of this football game the Saints finally got their act together. On offense the Saints scored early and often, got the running game going and were able to move the ball efficiently. The defense was still giving up some significant yardage but they were back to making big plays like Darren Sharper interceptions. It was exactly what we all needed to see; all was right again in Who Dat Nation. Then, for reasons that are completely unknown to me, the whole thing fell to pieces. The Saints gave up twenty unanswered points.

I believe the great Jim Mora once said..."We gave 'em the freakin' game. In my opinion that sucked. What's that?Playoffs!? Don't talk about...playoffs!? You kiddin' me? Playoffs!? I just hope we can win a game!"

It's tough to think about the Saints in the playoffs when they have trouble against teams like Tampa Bay. I've said it before and I'll say it again: The Saints should be playing their best football right now. Instead, they're playing their worst. That's got to be at the heart of every Saints fans displeasure right now. But being negative, angry or upset doesn't make someone less of a Saints fan. We all understand the season isn't over and the team is still 13-2 but it's totally within the rules of fandom to be torn up about a disappointing performance and the possibility of more in the playoffs. This was a disappointing performance. 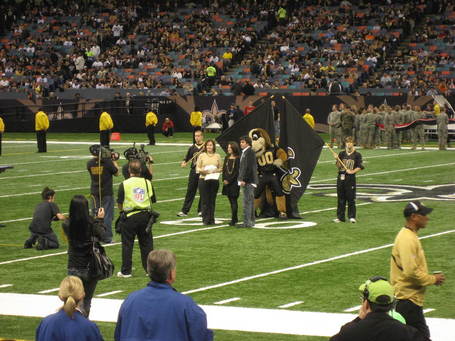 One of the teachers being honored today before the game works with my wife. 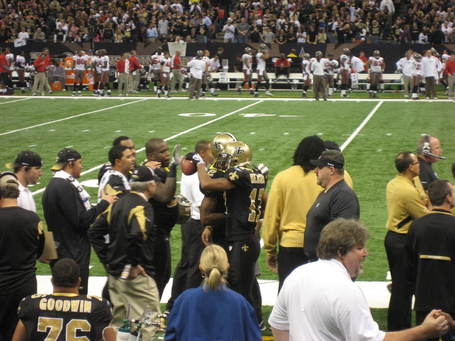 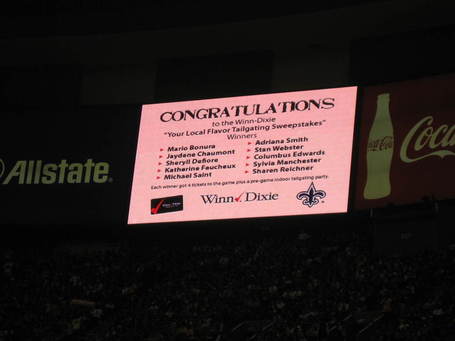 The last name of one of the winners is actually "Saint." Gotta be rigged. 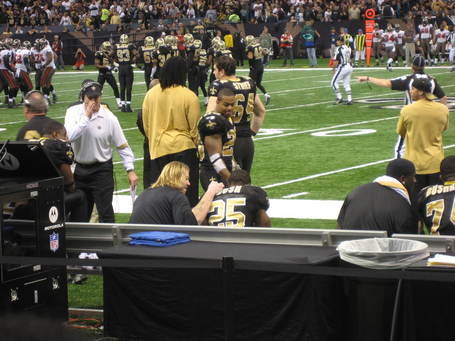 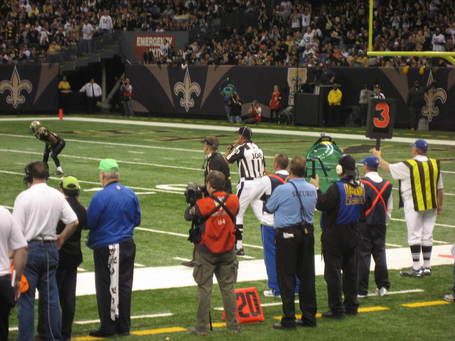 Payton waiting until the last second to call a timeout. 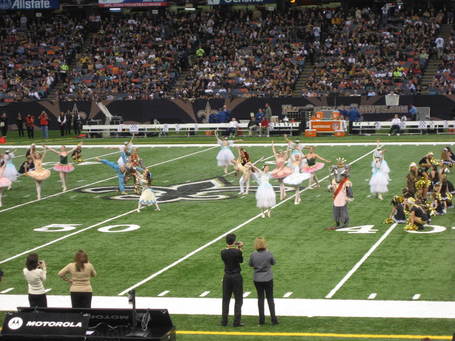 Halftime ballet performance. They might as well have left them out there to play the second half for the Saints. 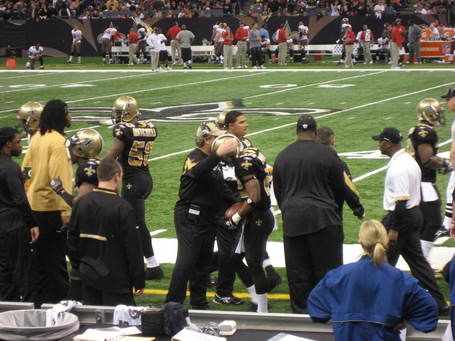 Tracy Porter getting a fatherly congratulations from Gregg Williams after his interception. 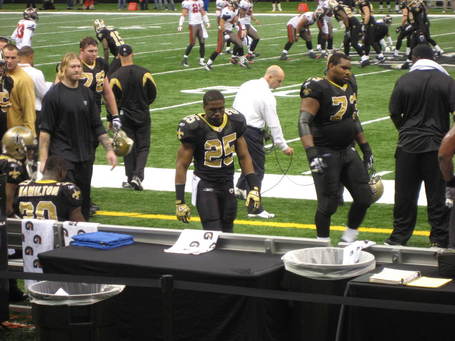 Reggie throwing his helmet and walking angrily to the bench. 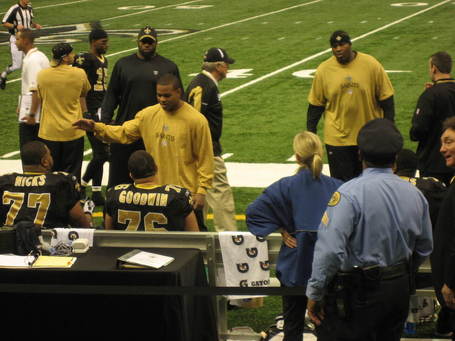 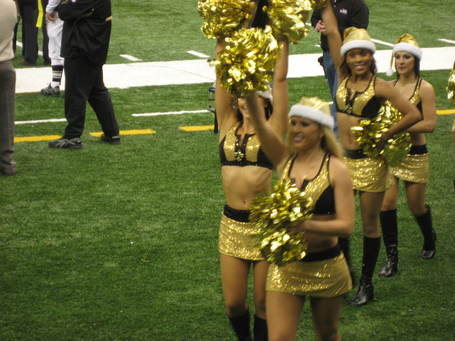 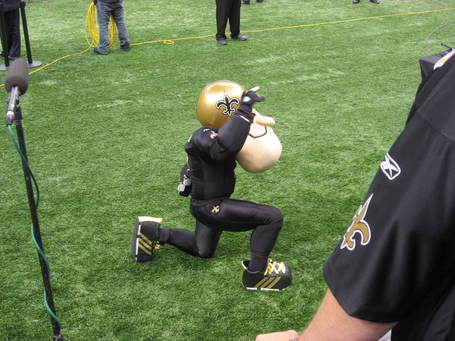 Sir Saint getting into it. 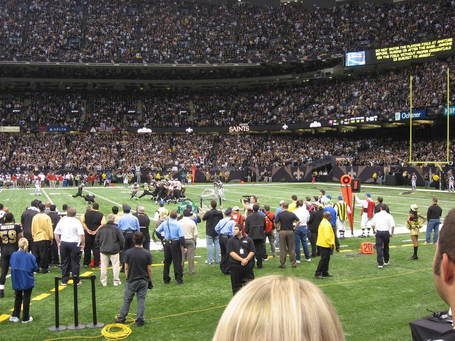 I thought I was getting a picture of the game-winning field goal. I was wrong.