"This is the year!" Open Thread

Share All sharing options for: "This is the year!" Open Thread

The Super Bowl is over, a champion has been crowned and the official start of the NFL off-season is upon us. Let me be the first to welcome you. And now that the 2008 season is already three days behind us, there is only one thing for us all to do. Start getting excited about 2009! Even the guys in Vegas have already started thinking about next season. Check out the 2010 Super Bowl odds they've already come out with, courtesy of BoDogLife.com. Early huh? 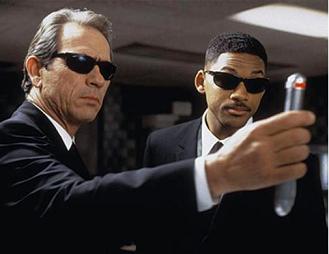 These odds can't help but make us think about all the possibilities that the 2009 season brings and the realization that the score is once again set back to zero for everyone. This is the time of year when all Saints fans forgive and - more importantly - forget  It's as if we all get flashed with one of those "Men in Black" memory eraser thingies, forget about all the crap we just painfully suffered through, and expect a championship team the next time around while completely ignoring the Saints glaring deficiencies. Of course after months and months of excitement and anticpation it all ends miserably in disappointment as the vicious cycle starts anew and the circle of life makes yet another loop.

But right now we're in that meaty part of the curve. It's the part that comes immediately after the bitter disappointment of last season and right before the mental anguish of next season. When every team, even ours, is a possible Super Bowl champion. So consider this thread open for anyone and everyone to share their feelings about this off-season and the Saints season ahead. Do you think this the year? Are the Saints underrated in the Super Bowl odds above? What moves are you hoping to see the Saints make. Lay it all out now. I promise it will be good for a laugh next January.

Personally, I'm done with all the blind optimism crap. I looked at the bright side of every situation last spring and summer and all it ever got me was down. So I've got a new mantra that will define mine and Canal Street Chronicles' take on the 2009 New Orleans Saints this off-season.

That's right. Think about it; it still means I've got hope and believe in the Saints but it acknowledges that I'm smart enough to know better. It also saves me from the frustrations of another disappointing Saints season. Do I think Deuce McAllister will still be in black and gold next season? I'm cautiously optimistic. Is Gregg Williams going to turn this defense around? I'm cautiously optimistic. Will Josh Bullocks start at safety for the Saints in 2009? I'm cautio...he $&*#% better not! Anyway, you get the idea.

And in case you doubt my seriousness and commitment to this new philosophy, feel free to check out the tag line next to the CSC title at the top of the main page. It's official. This is a cautiously optimistic Saints blog. I felt it fair that you know just where the Chronic stands as we head into the off-season. But that's just me. I don't expect you to agree with me. In fact, I'd rather you not. But I do want to hear what you have to say. The floor is open...