Big Love, the New Orleans Saints and the Next Season of Both

Share All sharing options for: Big Love, the New Orleans Saints and the Next Season of Both 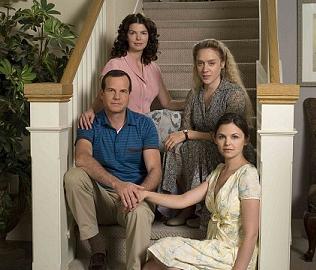 What could the New Orleans Saints, or any football team for that matter, and a made-up polygamist family in Utah possibly have in common? As it turns out, a lot more than you might suspect.

The season-finale of HBO's hit show, Big Love, aired on Sunday night and yours truly was right there to watch as I have been for many a Sunday night before. Honestly, HBO could show a plain black screen for an hour and give it a clever title, I'd probably watch religiously every week. Any network that dreams up The Sopranos, TV's greatest show (drama) of all time, has to know what they're doing, right?

For those of you who don't follow along, Big Love is about business owner Bill Hendrickson, a polygamist in Utah who lives with his three wives and many children. The show details all of the drama that comes with living an illegal and socially awkward lifestyle, having three crazy families and striving for financial and economic freedom.

As I watched the show wrap up its third season by resolving some plot lines that had been started in earlier episodes while at the same time opening up new avenues of intrigue whose answers won't be revealed until next year, I couldn't help but notice how the situations unfolding in Big Love were mirroring the current state of affairs with our very own Saints. Apparently success, failure, injury and power struggle are emblematic not only of the great American polygamist family but of the New Orleans Saints as well.

Make the jump for more but be forewarned; if you're a fan of the show and you haven't seen the season finale yet, do not continue reading. Spoiler alert! 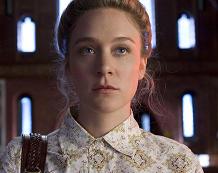 How will Nicki's new daughter and the Saints new secondary fit in with "the family?"

Only now that Nicki has brought her back to the house do the Hendricksons know that she has a 14-year old daughter, Cara Lynn, whom she abandoned a long while ago. Similarly, the Saints have some new additions to their "family" as well in Jabari Greer and Darren Sharper. We see in the final scene of the episode - and the season - that the family seems to initially accept Nicki's latest secret but if you're a real fan of the show than you know this transition won't go as smoothly as it appears next season. If you're a fan of the Saints, you know the same could true for Greer and Sharper. Be afraid. Be very afraid. 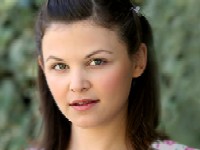 Are Margene Hendrickson and Gregg Williams both on the cusp of sucessful new careers?

Tired of staying at home and wasting her natural sales talents and head for business, Margene has been sneaking behind the family's back as she begins to take on a new career as a television host for a home shopping network. When we last left Margene, her first television spot was a huge success as she drew praise from her new boss who promises prosperity and reward. Like Margie, Saints defensive coordinator Gregg Williams is starting a new job himself. Williams comes highly touted and his defenses on other teams like the Redskins have us all optimistic. The only question that remains is whether or not Gregg will garner the same type of praise from his boss when we finally see the Saints 2009 defense.

How will Alby Grant and Tracy Porter recover?

Alby was injured when a bomb he sets to try and kill his father accidentally goes off early, taking himself out instead. It is later revealed that he is in the hospital but we can be sure we haven't seen the last of him yet. With his father Roman Grant now out of the picture, Alby will definitely be looking to take control of the compound upon his return. Likewise, Tracy Porter was injured when a long bomb by Gus Frerotte was completed to Bernard Berrian for a touchdown. But with the release of Mike McKenzie and a successful rehab, the door is now wide open for Tracy to grab that starting cornerback spot outright. For both Alby and Porter, it's all there for the taking. 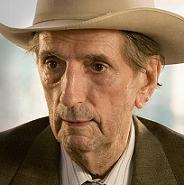 Roman Grant and Deuce McAllister are both gone. So now what?

If you don't watch Big Love and you're simply a Saints fan then the name Roman Grant might lead you to believe Roman Harper and Charles Grant have now become the latest celebrity couple in Hollywood. Not so. He is actually the prophet of the Juniper Creek compound and father of Bill's second wife, Nicki. He's the resident bad guy of the show. Amiable and kindhearted on the outside, the power hungry Grant is evil and shrewd to get what he wants. Thanks to Joey, Bill's brother, however, he's now also dead. So what could Deuce possibly have in common with a guy like this? Both men are loved and adored by a loyal following. Deuce also possesses his own duality, known for his self-sacrifice and altruism off the field while being tough and tenacious on it. And while Deuce may not be dead, thankfully, he's no longer with the Saints and that sucks just as much. What happens to the thrones they've left is officially open for discussion. 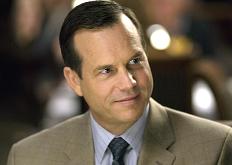 Will Bill Hendrickson's casino venture and Sean Payton's football team be the giant, successful empires they've both been envisioning?

The road to building his big casino has been a bumpy one for Bill Hendrickson. No less rockier has been Coach Payton's struggle for a Super Bowl ring. Just when they both think all the pieces are in place, things go awry. For Bill it might be an anti-gaming movement spear-headed by his sister-in-law. For Payton, it's unexpected injury. Once again, everything seems to be back on track for the aspiring polygamist. The same would appear to be true for our beloved coach. Only time will tell what the future holds.