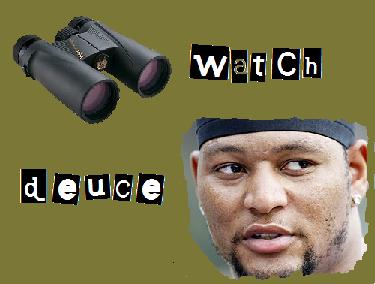 Every once in a while Deuce McAllister will randomly pop into my head. I will pause for a moment and then wonder about the status of his knee and his NFL career. If you've been paying attention, you'll remember that the last we heard...

"The plan is to be able to work out for NFL teams prior to the NFL draft (April 25-26)," McAllister said. "They'll want to see what I can do and by then I'll be ready to show them."

The plan is for one workout, either in Durham or Oxford, with all interested teams invited.

That was March 22nd, nearly a month ago. Not only that but the draft is exactly a week away. The clock is ticking and I have not heard anything about Deuce working out. Unless something is revealed in the next week, I think it would be safe to say that Deuce is behind schedule.
So what's the deal? Has Deuce suffered a setback? Are things not going as smoothly as he had hoped? Has the bankruptcy issue put his career on hold?