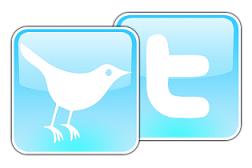 I hate to hook you guys up with some non-Saints related info this fine Sunday morning but there isn't much in the way of Saints news coming out and believe it or not I do have a life and enjoy a Saturday night out every once in a while. Since I didn't have enough time to put together one of the well written, well researched posts that you've come to know and love here at CSC I wanted to quickly inform you of what is going on here at SB Nation and possibly educate you a bit about the latest form of social networking.

For those of you who don't know, Twitter is the latest and greatest thing to hit the internet since Facebook. Chances are you have probably heard the name being thrown around lately. If you haven't, you will now. Anyone can sign up and create a Twitter account but unlike Facebook you don't get much in the way of a profile and you can only upload one picture to be used as an avatar. If you're not familiar with Twitter but you know a bit about Facebook, Twitter can best be described as simply the "status" portion of Facebook. It allows you to provide updates or "tweets" of 140 characters or less, sort of like a text message. Then, anyone who has chosen to "follow" you will get your "tweets" and know exactly what you are doing. They can even be sent to your cell phone. If you use Twitter for personal use, it can be something as simple as "Going to the bakery. Mmmm...donuts!" For users with blogs, like myself, it can be used to link each story you post. Basically, it's just the latest and greatest way to stay connected with the things you love and it's making our world that much smaller.

If you are still confused, allow me to illustrate. Canal Street Chronicles has a twitter account (though it's been screwed up and hasn't updated for quite a while. Twitter's fault, not mine). If you have a Twitter account, you could choose to follow CanalStChronic. Everytime CSC posts a "tweet" - the latest front page blog post -you would be notified either on your Twitter home page or even on your cell phone if you've activated that function. In other words, you can get updates from Da Chronic even if you are nowhere near a computer! Or you can start following Saints first round draft pick Malcolm Jenkins so when he says, "getting ready for this second practice... the first one was good now i gotta see if my legs will last till tonight. pray for me lol" or "done for the night... gotta study this play book and wake up tomorrow for the last practice" you will be among the first to know. Starting to see the usefullness here? By the way, CanalStChronic has more followers than Malcolm Jenkins.

This is where you come in! Because Twitter has become such a popular vehicle for news outlets, websites, famous people (see: Ashton Kutcher) and blogs, SB Nation thought it would be fun - and a good motivating tool - to have a race. First SB Nation blog to accumulate 5,000 followers wins. You can check out how the race is going right here. CSC currently has the 21st most followers among over 200 of SB Nation's blogs and third most among its NFL blogs thanks to all my tedious, hard work. But we need your help! If you are already on Twitter, start following us! Better yet, create useless multiple accounts just for the purpose of following CanalStChronic. If this is the first you're hearing of this Twitter thing, sign your butt up for an account and follow us. If Da Chronic wins the race and you are the 5,000th follower there will be a prize. Tickets to a Saints game I believe. So if that isn't reason enough then I don't know what is. Help support the cause and stay updated on Saints info. Like the new deal between the Saints and the state of Lousiana, it's a win-win situation.