My Afternoon at the Touchdown Club's "Meet the Saints" Fundraiser

Share All sharing options for: My Afternoon at the Touchdown Club's "Meet the Saints" Fundraiser

Yesterday I had the esteemed pleasure of taking part in the Touchdown Club of New Orleans' annual "Meet the Saints" luncheon, held at the Sheraton Hotel. Even better,  I happen to know the right people and they were able to get me into the special pre-lunch meet and greet. Regardless of what I write here on a daily basis, I'm a die-hard Saints fan before anything else so yesterday's event was like being a kid in a candy shop.

I won't bore you with any more talk. The pictures I took can be found after the jump. For me, it's a personal Saints photo album. I'm giving you fair warning now, before you make the jump: You will be jealous. 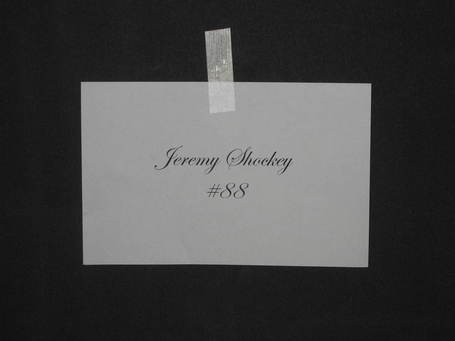 Jeremy has never looked so elegant. 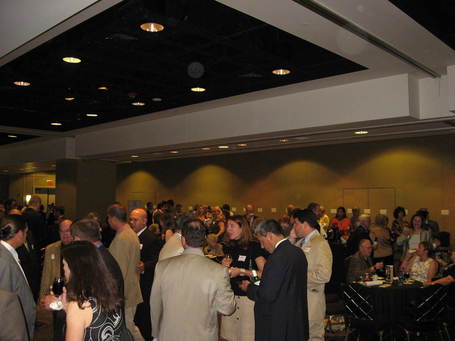 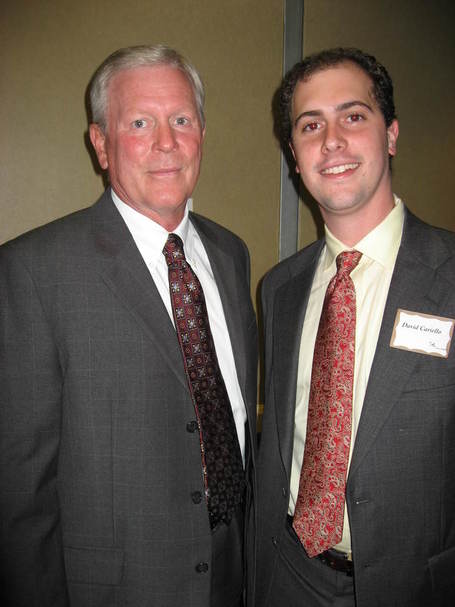 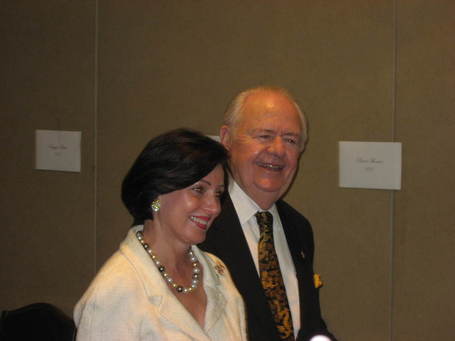 The King and Queen. 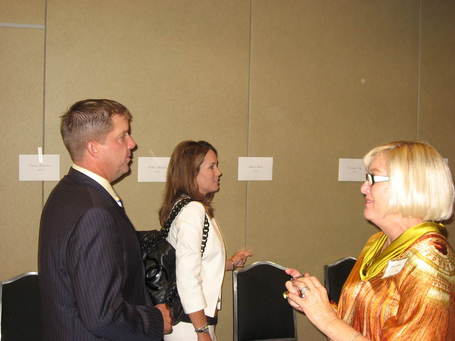 Sean Payton and his wife. 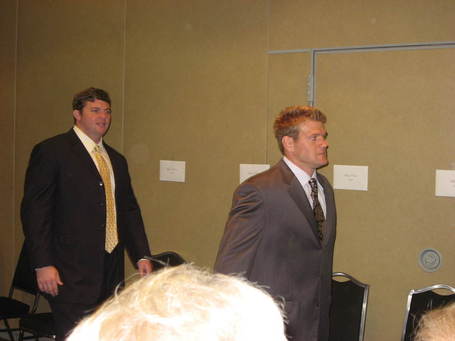 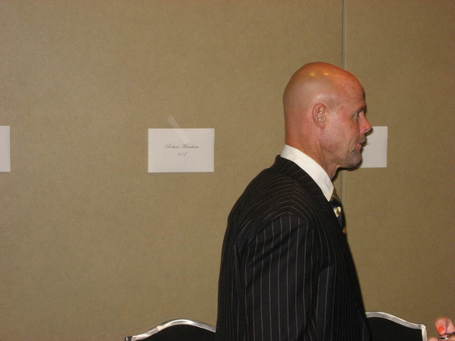 In case you ever need to pick Carney out of a lineup. 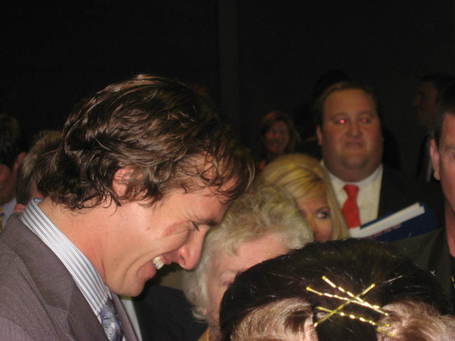 Drew getting bombarded by fans. 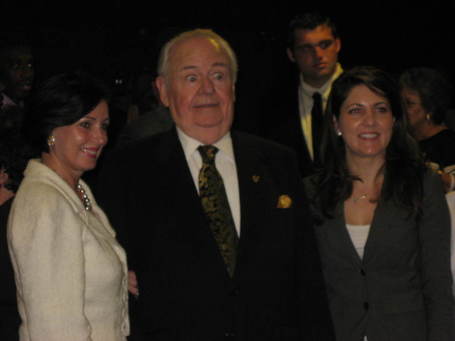 Got to be the greatest picture of Tom Benson ever taken. Agree? 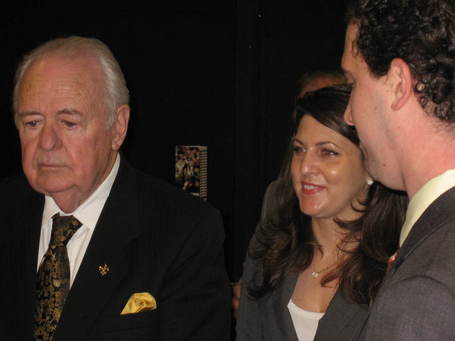 Maybe they'll adopt me. David Benson. I like the sound of that. 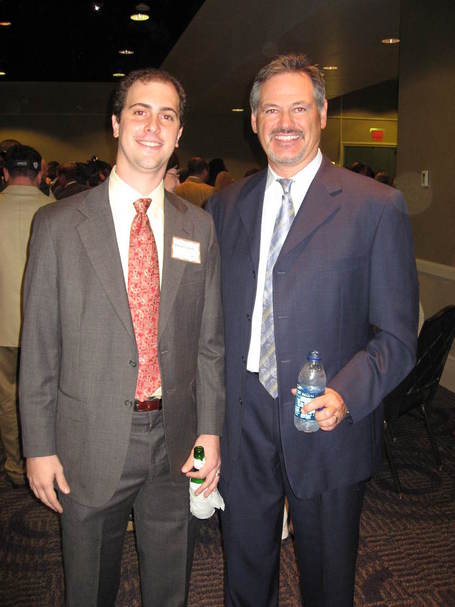 Hey Mickey you're so fine... 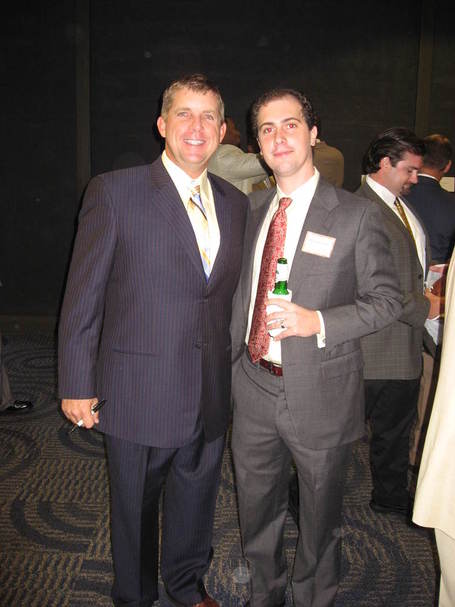 The Boss. PayDiddy was very nice and inviting. 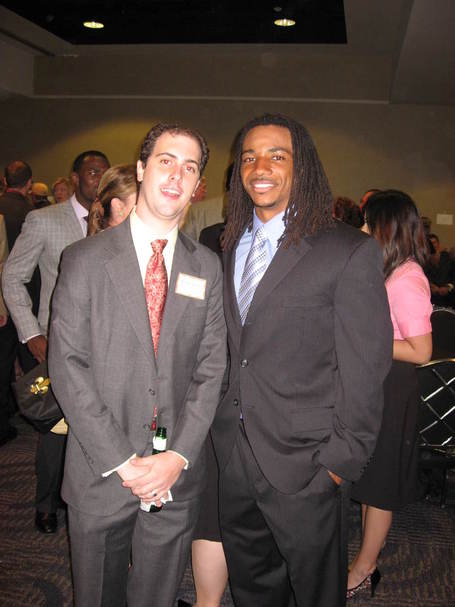 Me with the only Saints player to ever let me interview him. 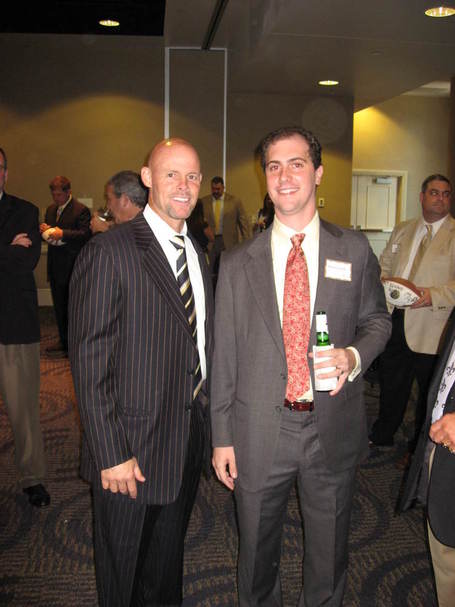 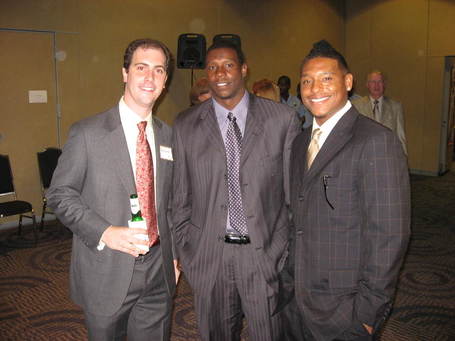 The LSU boys...Devery Henderson and Skyler Green. Skyler politely introduced himself as if I didn't know who he was. 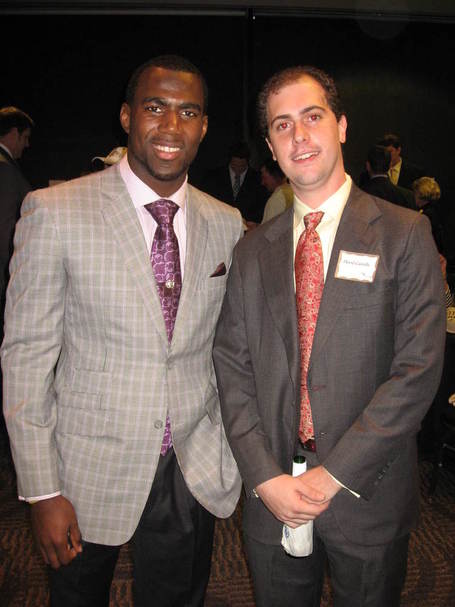 Myself with the first round pick. 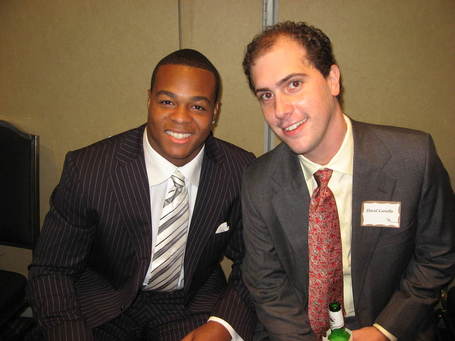 Probably my favorite picture of the day. Pierre is the best dresser on the team and incredibly thick. 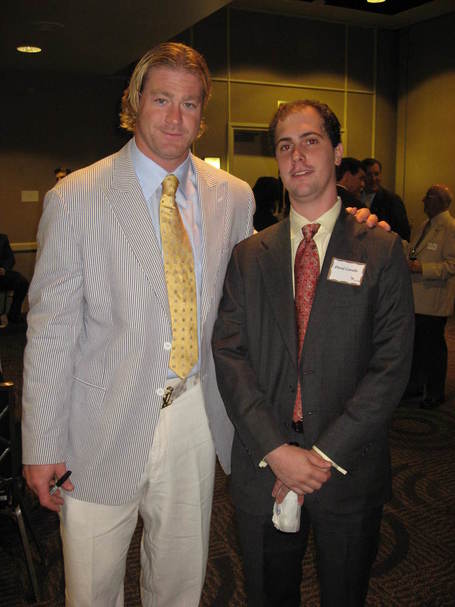 My wife noticed how Shockey's hand takes up, like, half my back. 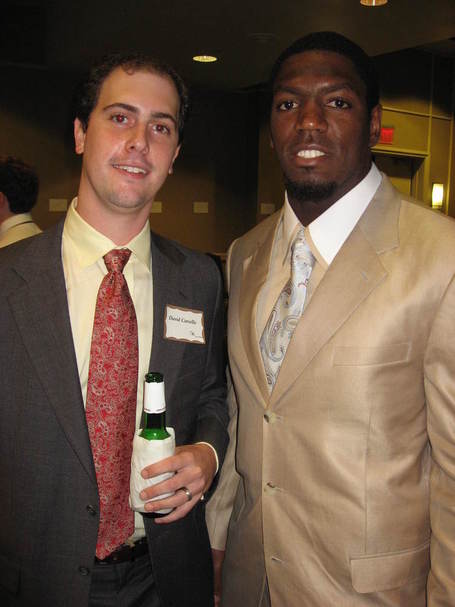 I didn't ask him about the incident at his NY condo. 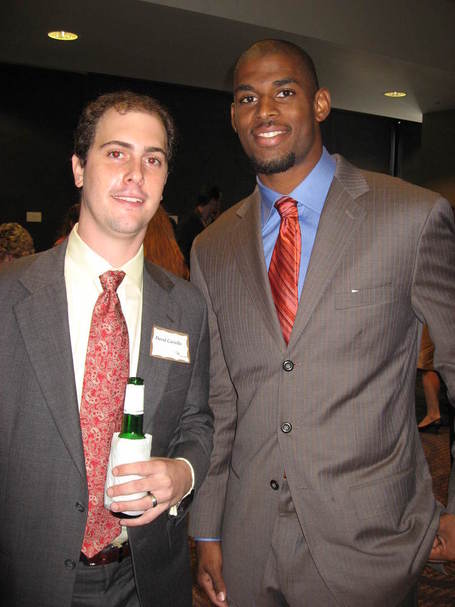 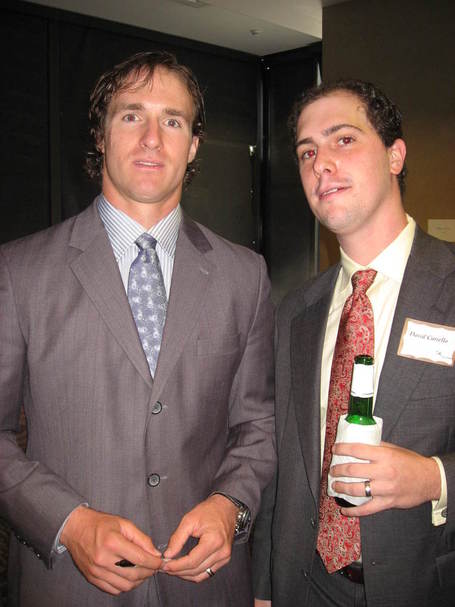 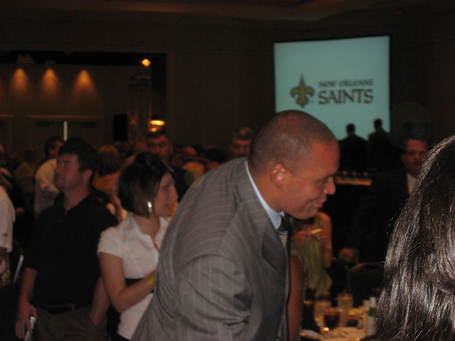 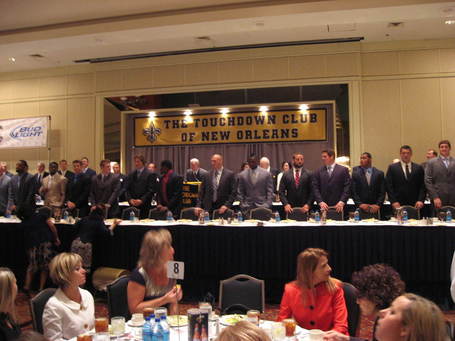 The front of the room. 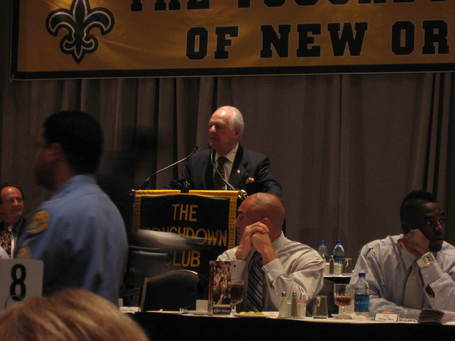 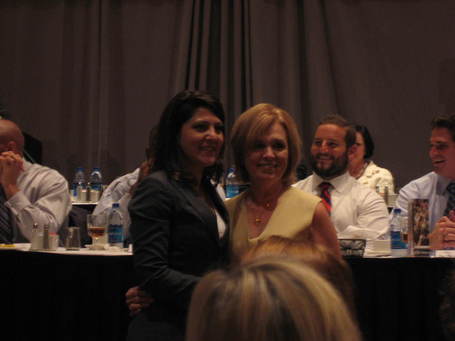 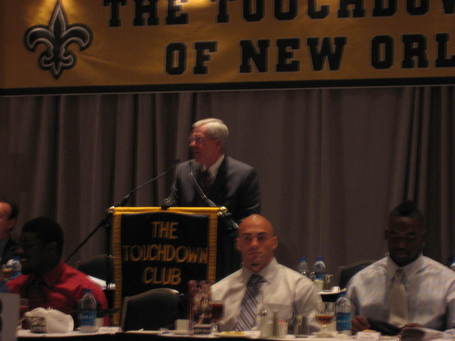