Week one for the Saints is in the books and they're off to a good start. While I am happy with the win, there were still quite a few mistakes that needed to get cleaned up. Just like after the Oakland Raider pre-season game, I urge Saints fans to remain cautiously optimistic. This was Detroit. 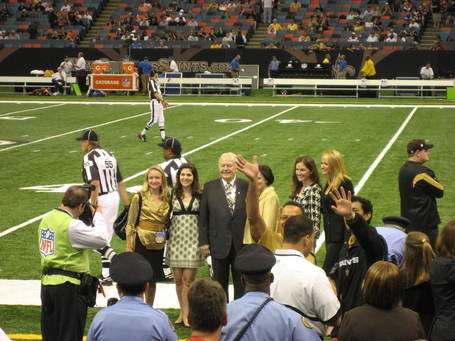 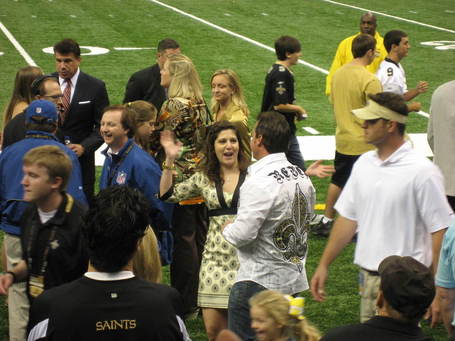 Rita, being her entertaining self. 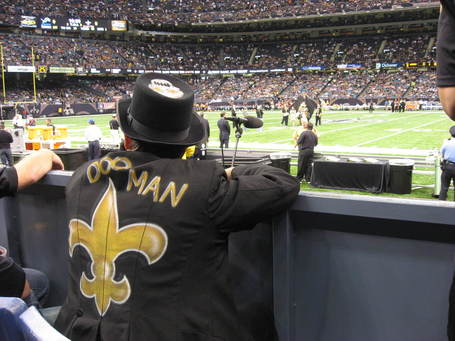 The mic is right by my seat. Can you guys hear me on television? 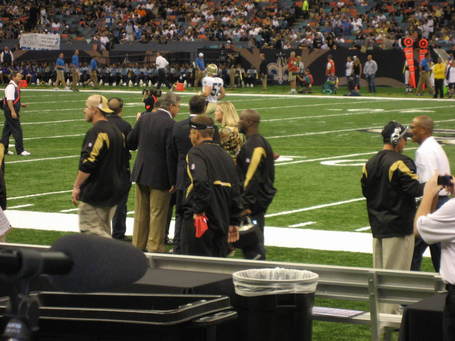 Payton getting his flag ready to be pulled at an inopportune moment's notice. 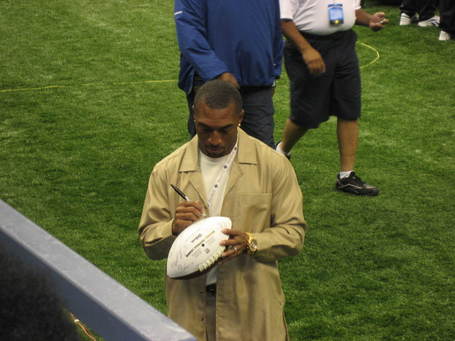 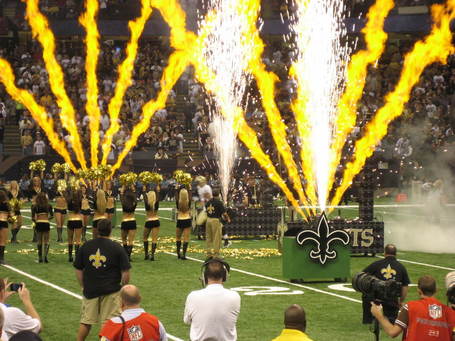 Such a big production. 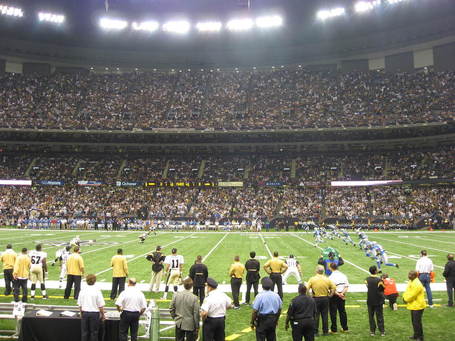 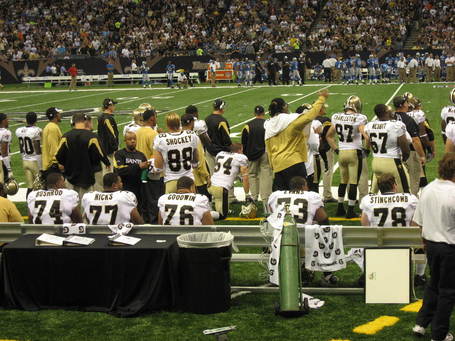 I think it's cool that they always sit in the same order that they play on line. 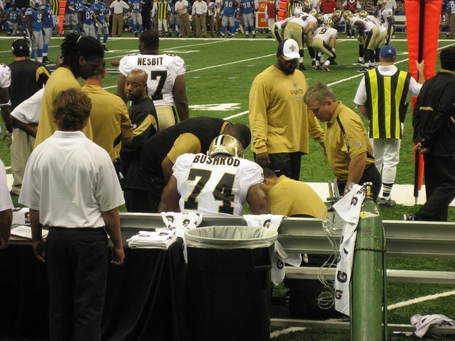 Bushrod getting looked at. 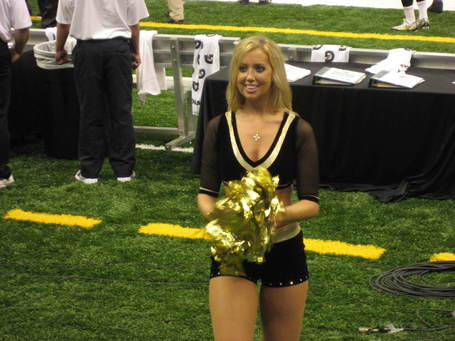 Always one for the fellas. 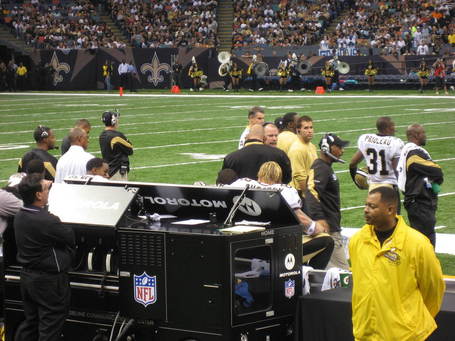 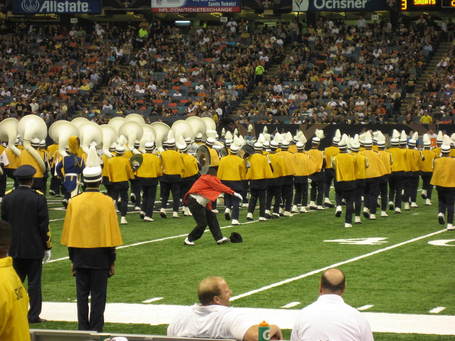 The Southern University marching band doing a tribute to Michael Jackson. It was very good. 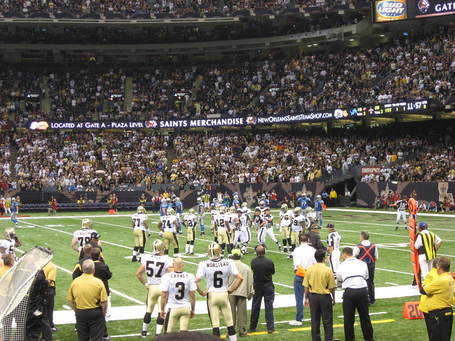 The refs screwing some call up. 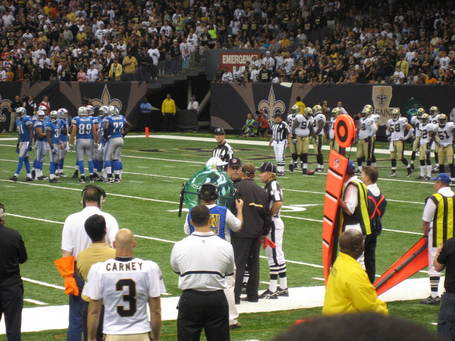 Payton having a chat with the referees.

Below is the roll call from our open game thread. Pretty decent turnout but I know we can still do better. Thanks to all who participated.