Holy crap on a cracker that wasn't a very fun game. My father-in-law managed to score a few club level seats right on the fifty yard line - I gave away my regular tickets to a friend - but watching this performance was just a waste of a good seat. There were a few highlights, sure, but this did not look like the same team we've seen the last three weeks and not really the way they'd hoped to enter the regular season, I'm sure. Now that the Saints have gotten that out of their system, they can move on and let the domination begin when it really counts. Knowing the Saints, a perfect pre-season would not bode well for regular season success.

Make the jump for all of my notes, bullet style. 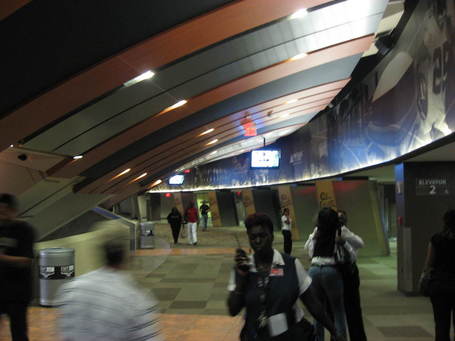 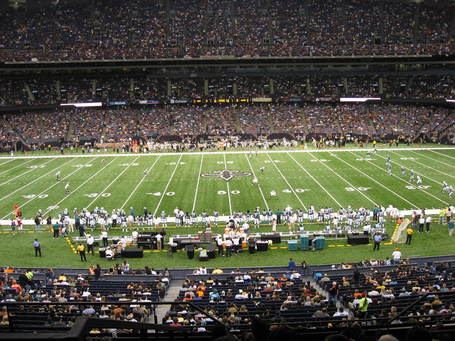 The view from my seat. Doesn't get much better. 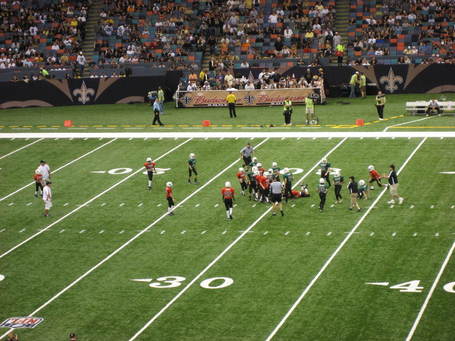 The little kids playing at halftime. 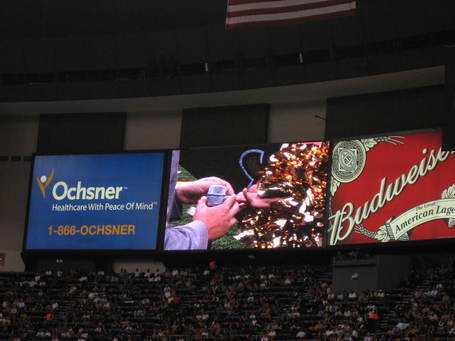 He went to Jared. 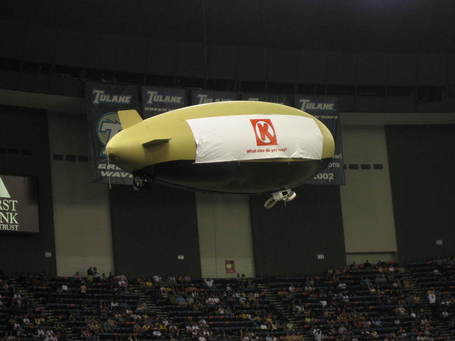 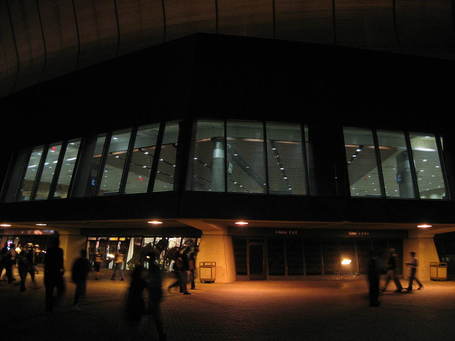 The new windows on the corner of the dome.

Here is the roll call from last nights open thread. I was surprised to see how little action there was last night. I hope it picks up again for the regular season.