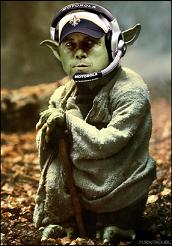 Bravo, Mr. Payton. Bravo. You, sir, are a coaching genius as canny as a politician.

At least I assume that re-signing Deuce McAllister was Payton's decision. He has seemingly been in control of every aspect of this organization since his arrival so why should I think otherwise. If not his decision, than certainly a joint effort between himself and Mickey. Well timed and well played. I don't think for one second that this wasn't all a strategically planned maneuver.

And what a maneuver. Home-field advantage is always important and certainly a key factor in the playoffs but bringing back the most loved Saints player in the history of the franchise, even if just for show, all but assures that fans will be almost as excited for this game as they were when the team re-opened the Superdome in 2006. My skin is tingling and crawling right now just thinking about that moment when Deuce leads the team out of the tunnel again and the roof shakes from the low-pitched growl of "Deeeeuuuuuuucccceee!" chants.

I've got posts lined up for tomorrow and wasn't even going to expound on this subject, thinking everything that can be said has been said, but the more I thought about it, the more shocked and impressed I was with today's news. I mean, think about it. Could you come up with any other possible scenario or situation that would get everyone in the city of New Orleans more excited for a football game than this? Maybe if the Saints could somehow get the Dome Patrol to suit up for this one and have Louis Armstrong perform the National Anthem. Then maybe. For those of you who don't live here in the city, let me tell you that this town was abuzz today. Deuce has been the topic of conversation everywhere I went; at the bank, in the shops on the radio and all over the internet. We're as giddy as school girls down here. If you don't believe me, just check out the Times-Pic. They're asking fans where they were when they heard the news that Deuce was re-signed like it was the Kennedy assassination. This is a big freakin' deal.

In case all doesn't go according to plan, Payton has also laid the groundwork for some brilliant ass covering. We all know how much of a disappointment it would be if the Saints lost their first playoff game after putting together the most successful regular season in forty-three years of team history. But coach can at least hope the inevitable sting that would come from such a loss would be significantly dulled by the mere presence of Deuce on the sidelines that afternoon. Perhaps years from now - many, many years from now - there is the chance that fans would remember this game just as much as the day Deuce made one last appearance as they would the day the Saints laid the biggest, fattest egg we the fans have ever seen. Let's hope it doesn't come to that.

So again, coach Payton, I applaud and thank you. Well played. Maybe next week you will allow us the honor of seeing Deuce in uniform.