I'll have the rest of my post-game analysis via the written word up for all of you tomorrow morning. In the meantime, here are the pictures I took during the game yesterday. I took more than usual and I think they're also better quality than usual, so I hope you enjoy. 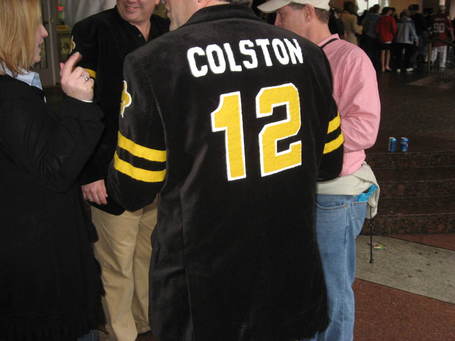 The latest in NFL formal wear. 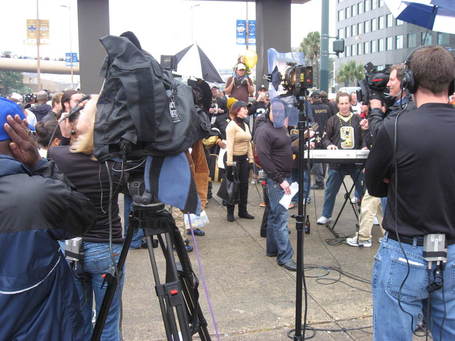 Some television product before the game. 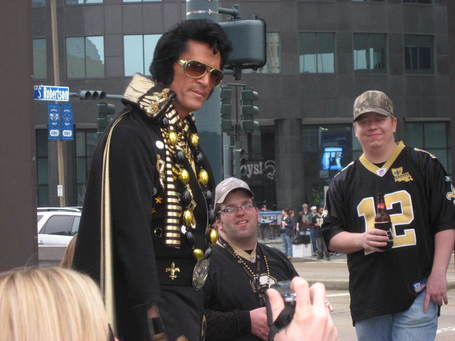 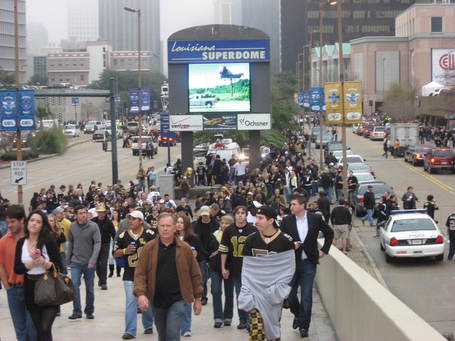 "I've said this many times before -- and probably will again -- but there is no better walk to a game than the 10 blocks down Poydras to the Superdome in New Orleans." - David Fleming 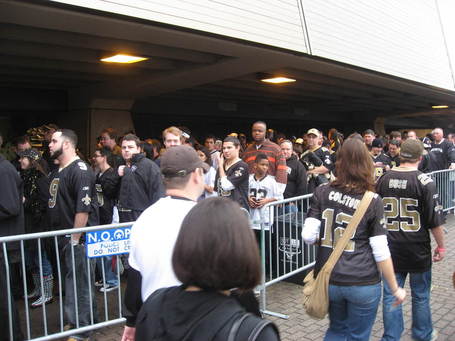 You might be wondering why I took a picture of a line outside the Superdome. This is to applaud the fine people in charge of crowd control at the Dome. What they've done here is re-routed the line to get into the stadium so that it runs along the side of the building as opposed to the original format which had fans lining up straight outward from the doors. With this new format there is no bottlenecking on the concourse, allowing foot traffic to move better and making it easier to walk around to the appropriate gate. Good job guys. Can't believe it took you this long to figure it out but good job nonetheless. 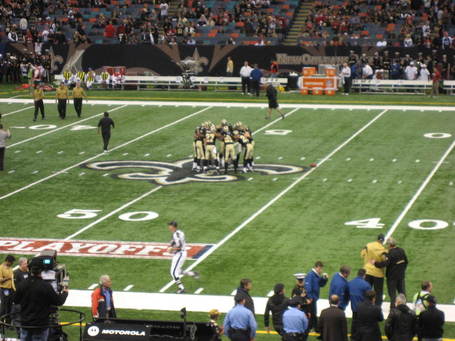 The secondary has some alone time before the game. 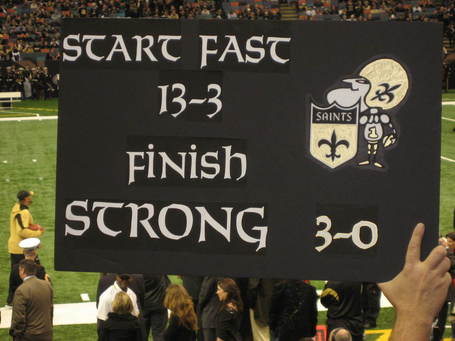 I'm cool with this. 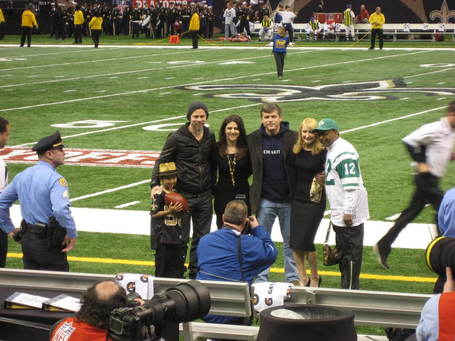 Brad Pitt and his son, Rita, some dude, Patricia Clarkson and Spike Lee. 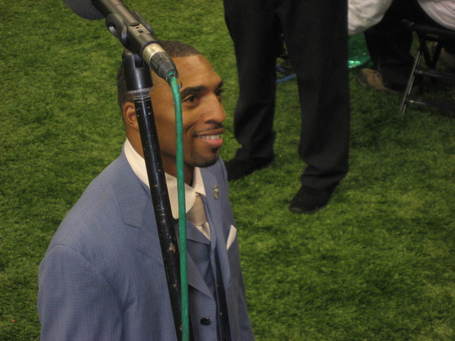 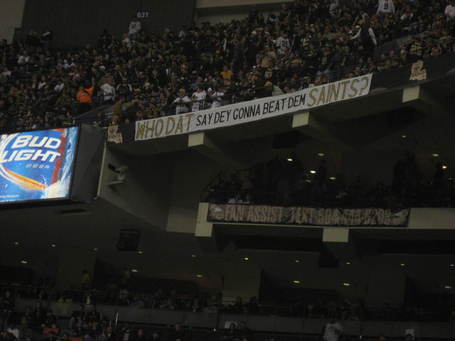 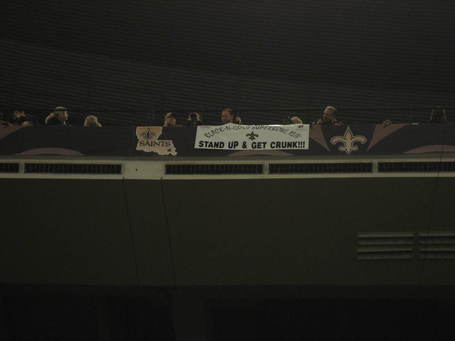 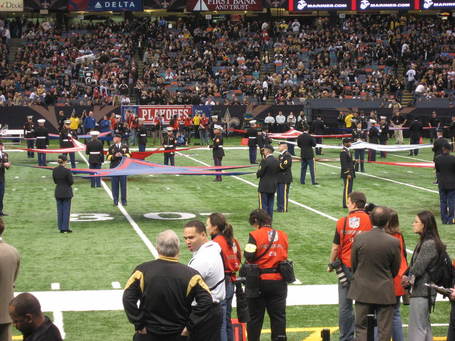 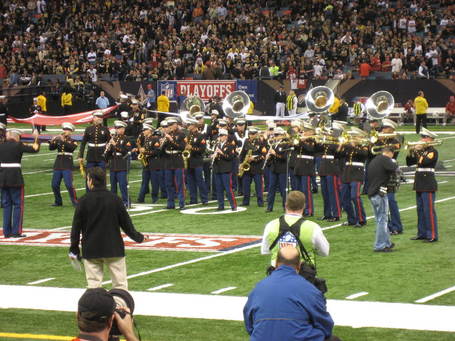 Marine Corp band playing "Stand up and Get Crunk." 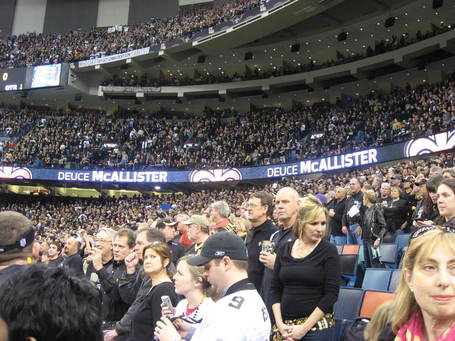 Deuce's name was flashed on the screen during his introduction. 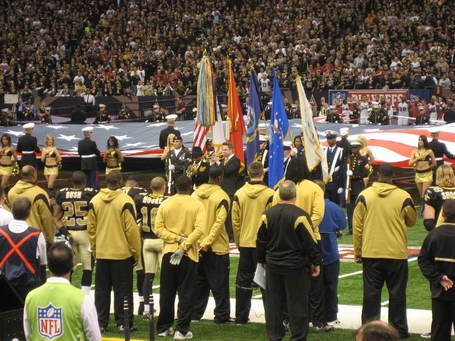 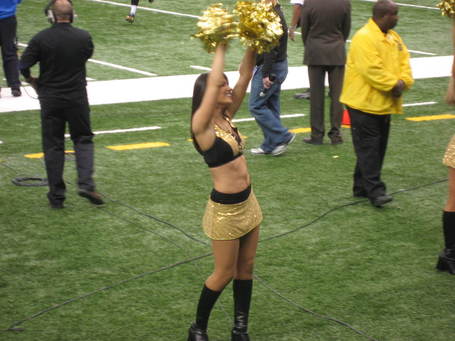 These weekly pictures could be the very reason the Saints are doing so well. 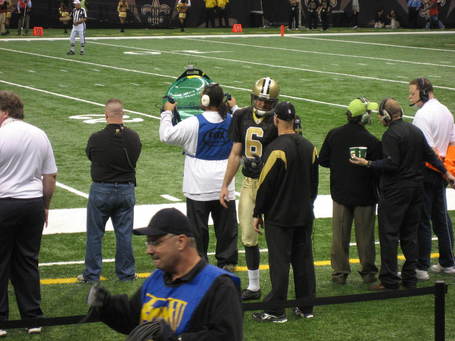 John Carney in his role as advisor. 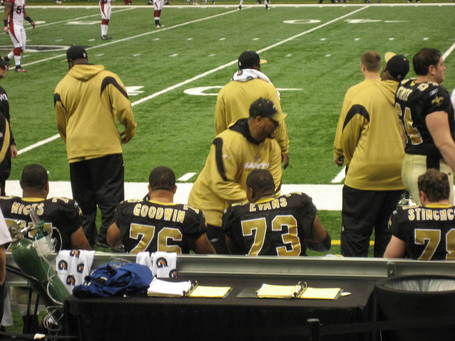 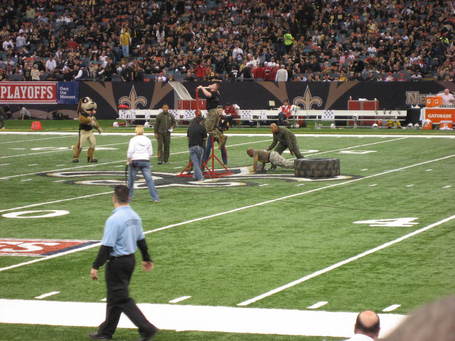 Halftime festivities. It was an obstacle course/fitness race between two teams of two. 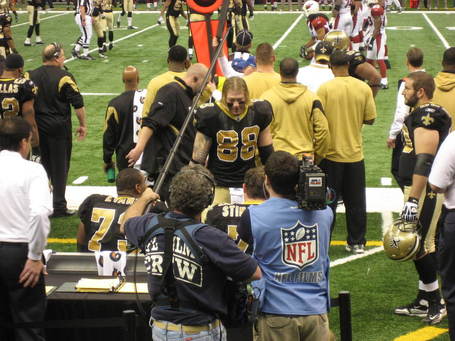 Shockey giving a speech and the camera crew trying to capture it. 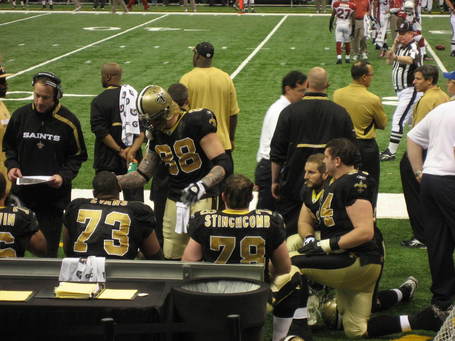 More Shockey. He's always into it. 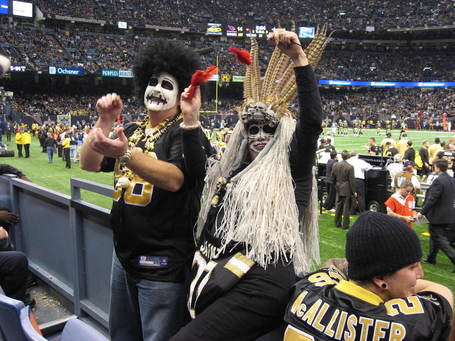 Putting some gris gris on the Cardinals. 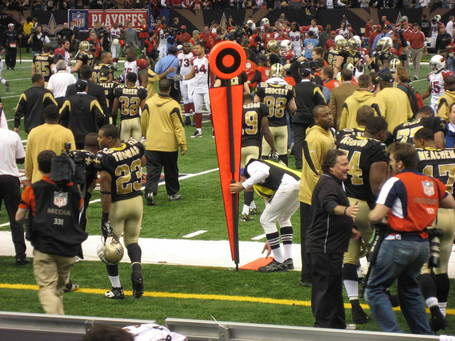 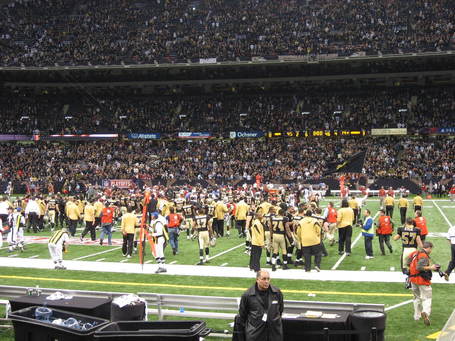 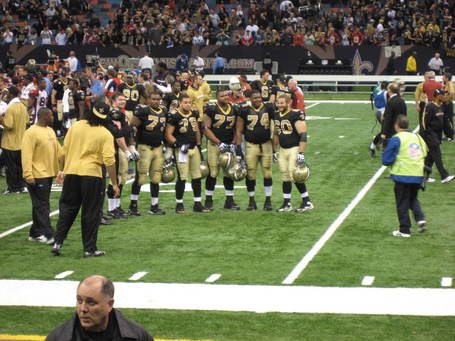 Photo op for the offensive line. 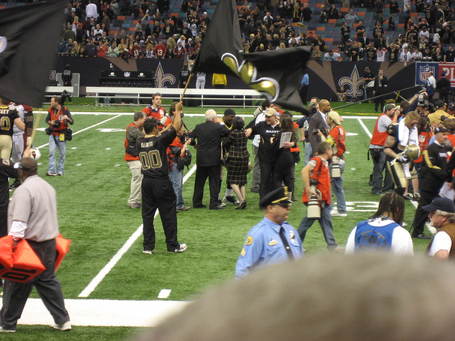 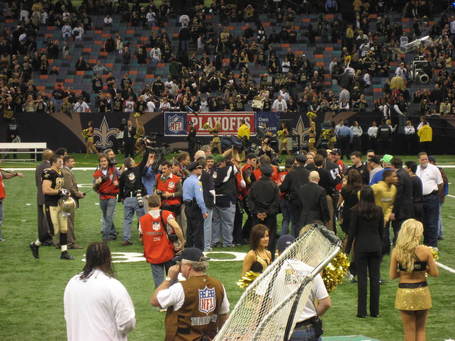 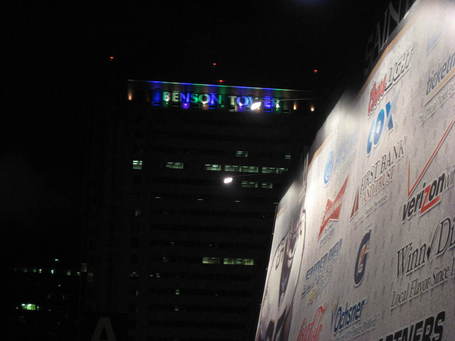 Tom Benson's new building in the shadow of the Superdome. First time I'd ever seen his name on it. Tacky bro. Moments later my mother-in-law gave me one of the commemorative coins that the organization is giving to season ticket holders to celebrate 25 years of Tom Benson ownership. One side of the medallion has a full-color picture of Benson. Also tacky.