I'm not even going to waste my time with an elaborate introduction after the atrocity we were forced to witness yesterday. I only have one point to make before going straight into my bullet points. 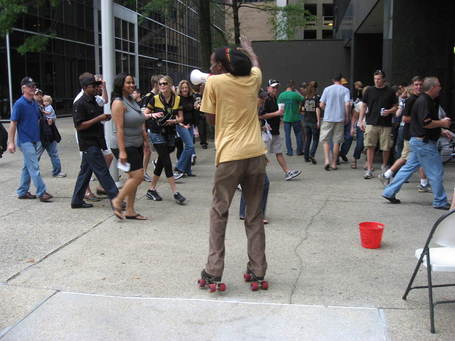 Never seen this guy before. 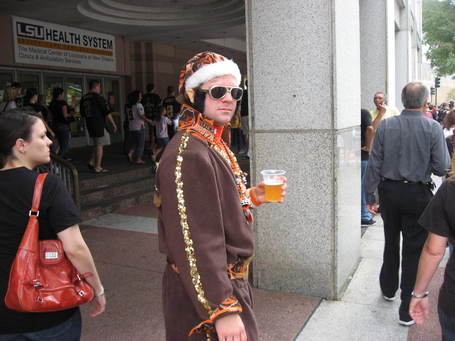 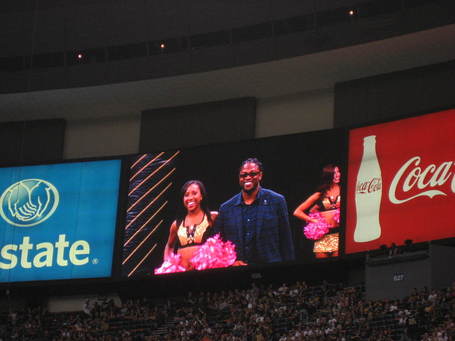 Mike McKenzie during the alumni presentation. 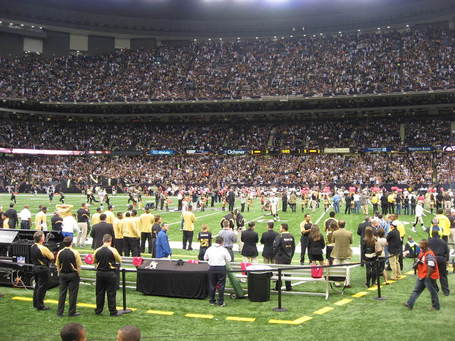 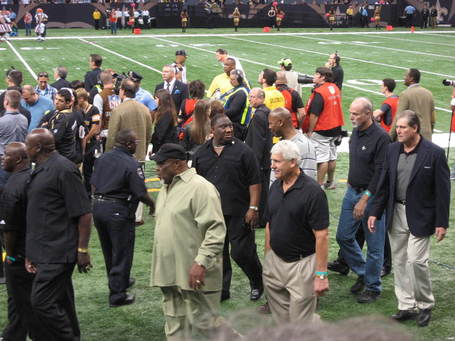 Some of the old-timers. 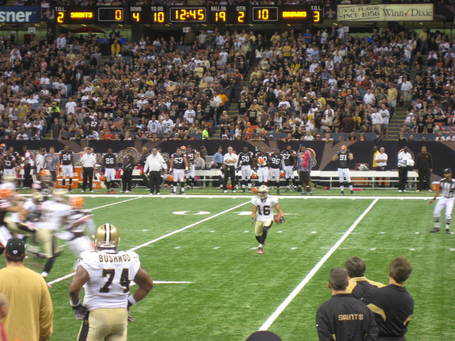 Lance Moore on a punt return, right before he fumbles. 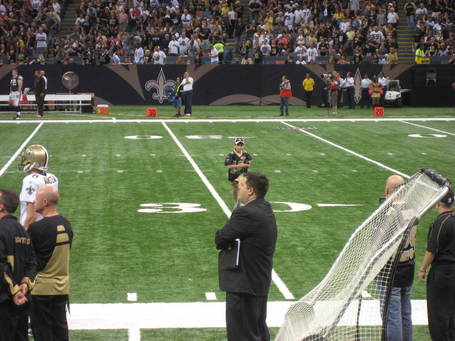 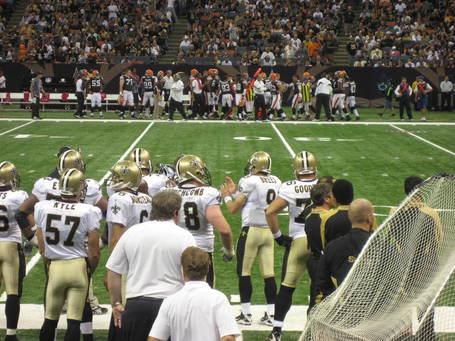 Brees having a chat right after throwing a pick six. 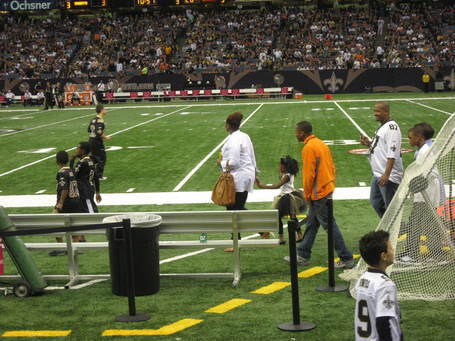 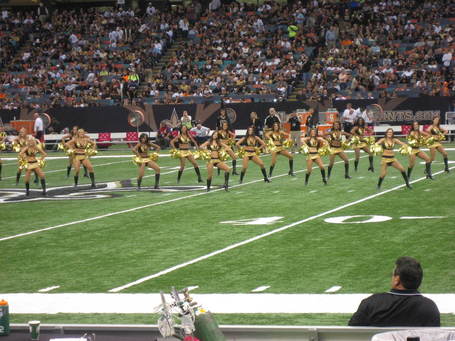 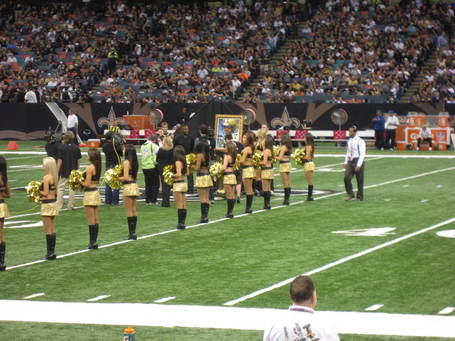 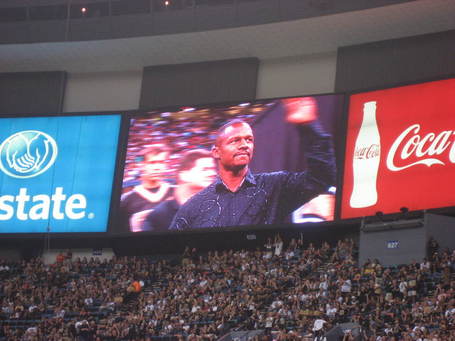 Joe Horn on the big screen. 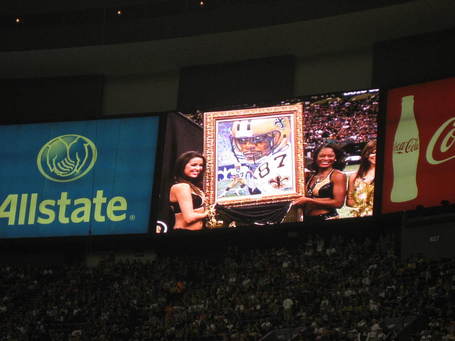 A close shot of Joe's portrait. 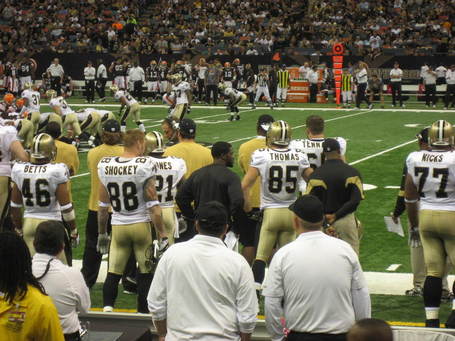 Reggie was back on the sidelines. 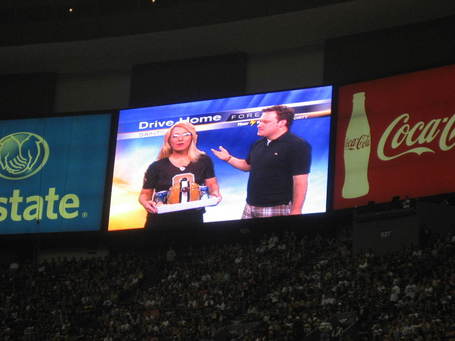 No Bob Breck giving the weather report. A refreshing change. 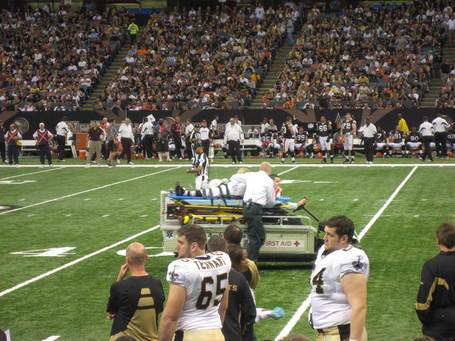 Official being carted off. Looked serious. 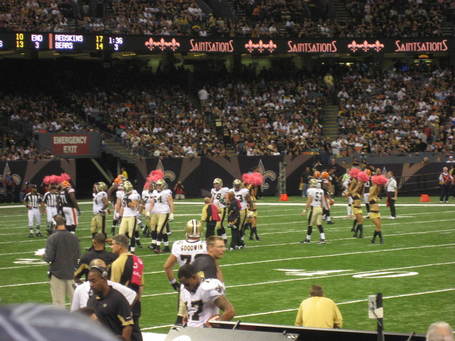 The Saintsations dancing amongst the players. 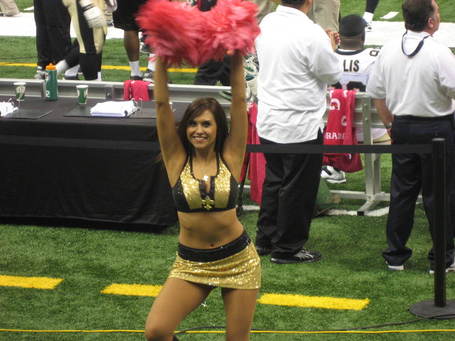 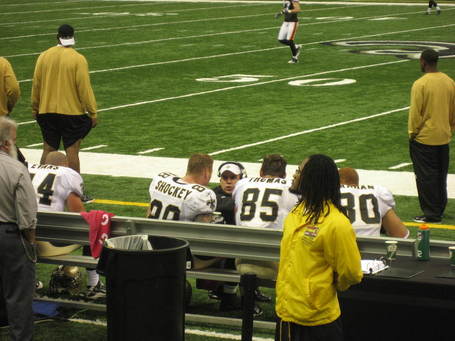 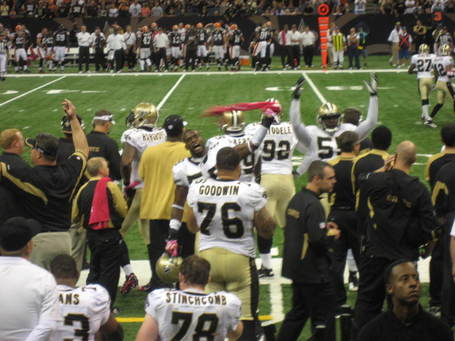 Anthony Waters getting the crowd pumped on a key third down. 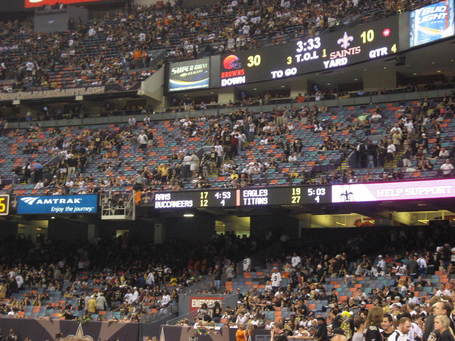 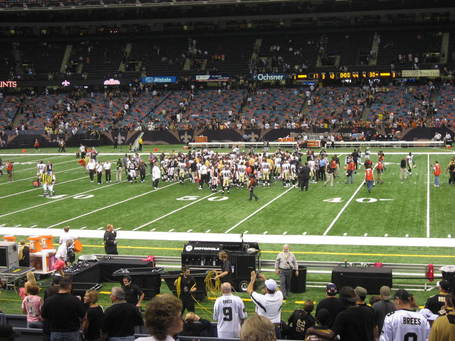 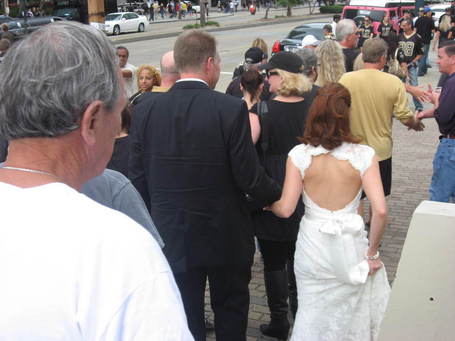 They picked a bad game to get married.

Here is the roll call from yesterday's open threads. Thanks to everyone who particpated.