You got my overall thoughts on the Saints narrow victory over the Carolina Panthers yesterday. So here are the rest of my notes, observations and photos from attending the game. 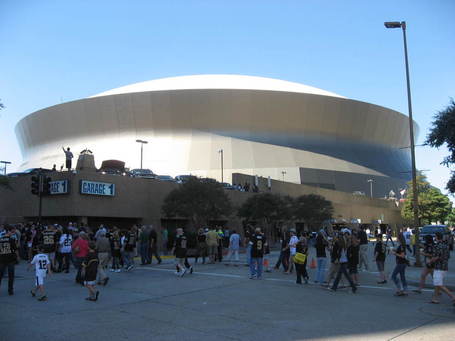 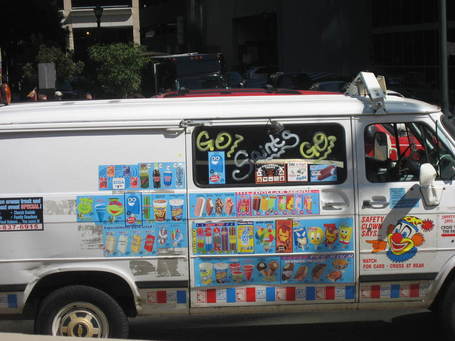 Even the ice cream man is a Saints fan. 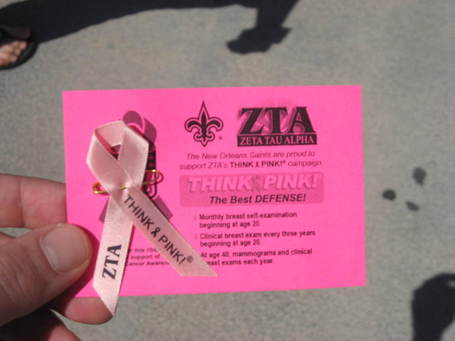 It was all about breast cancer awareness yesterday. 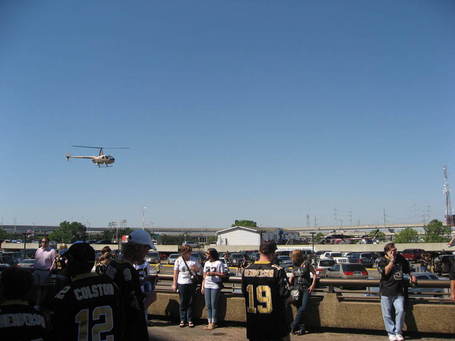 Somebody flew in via helicopter. Must be Burt Reynolds or something. 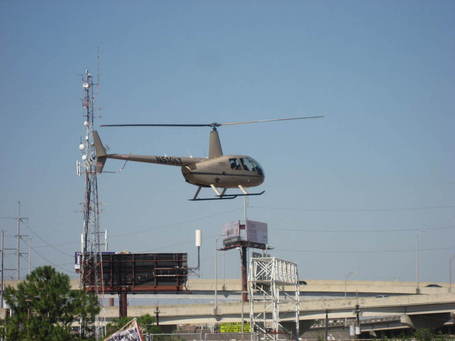 Check out the fleur-de-lis logo. 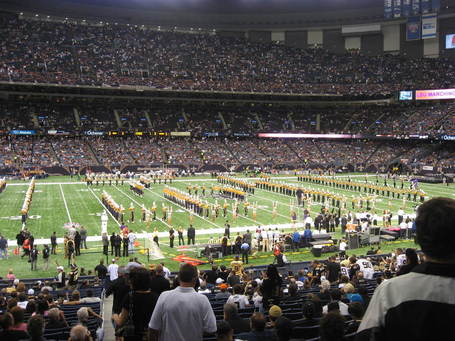 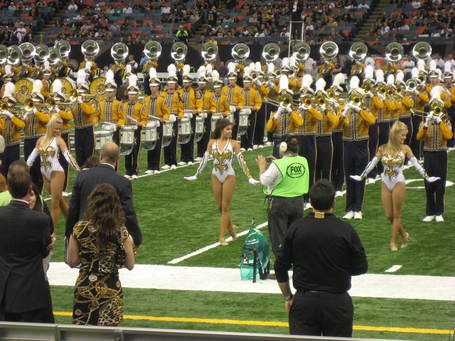 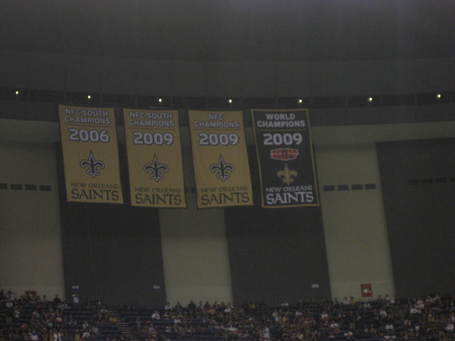 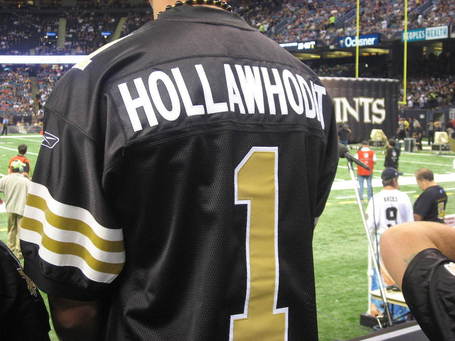 Check out the jersey name. 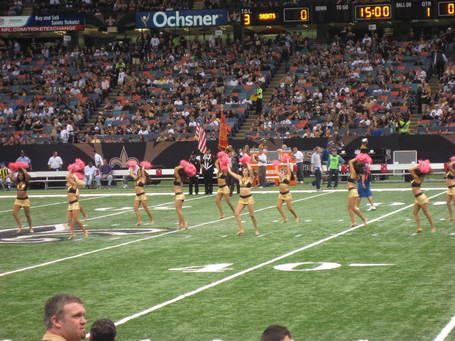 The ladies have pink pom-poms. 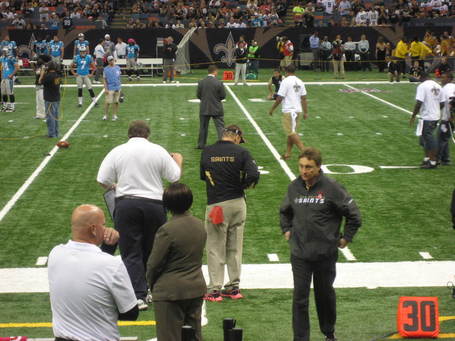 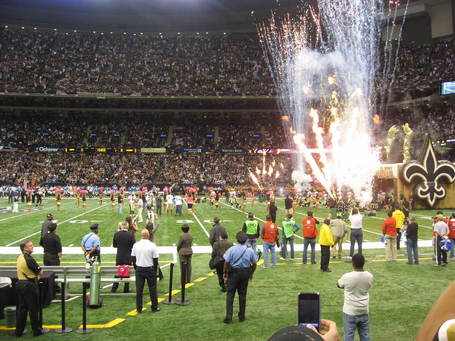 Every year it seems like the flames get bigger and higer. 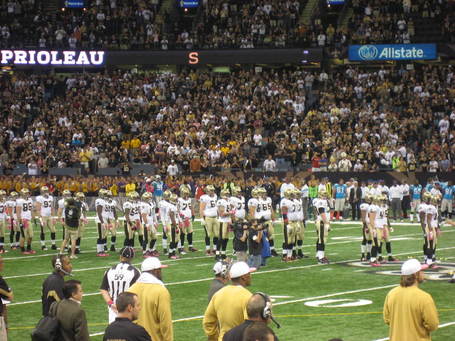 The team lined up during introductions. 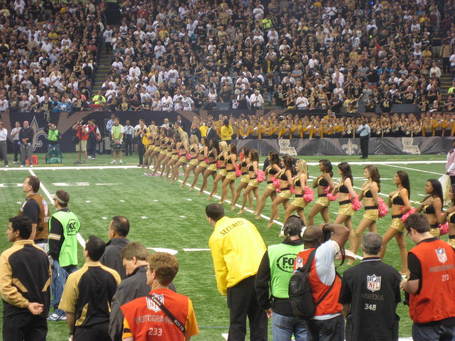 The Saintsations lined up. 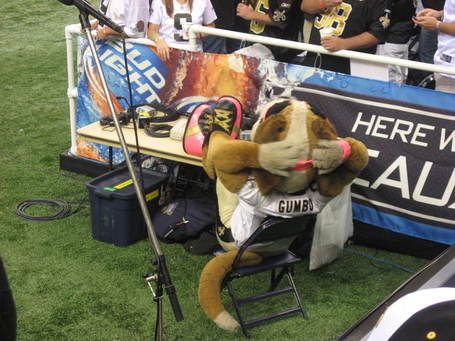 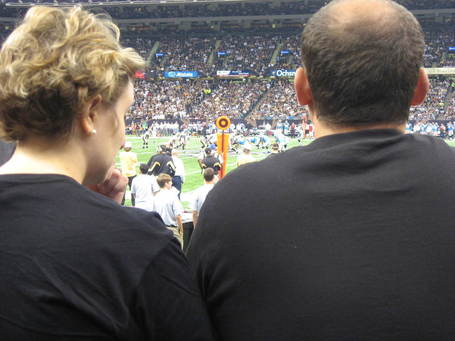 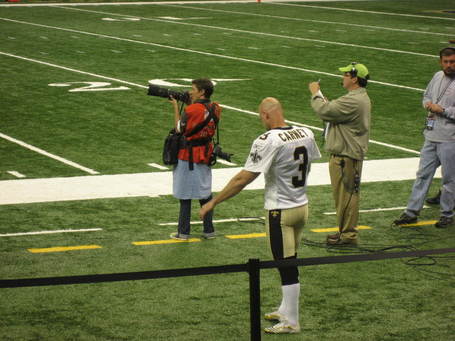 I can't believe he's back. Again. 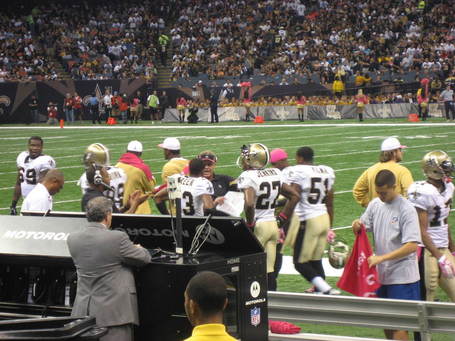 Gregg Williams talking with Greer and Jenkins after giving up the first touchdown. 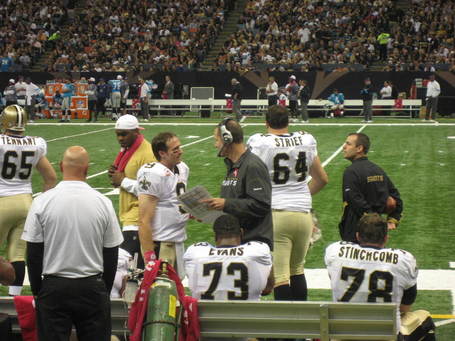 Brees having a chat with a coach. 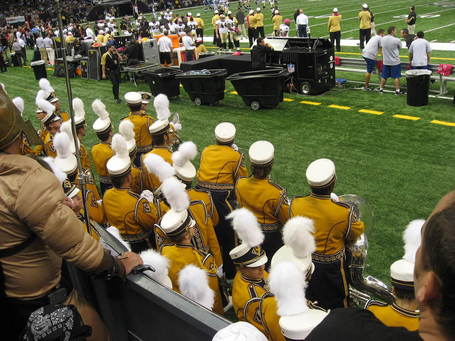 The Golden Band from Tigerland getting ready to perform. 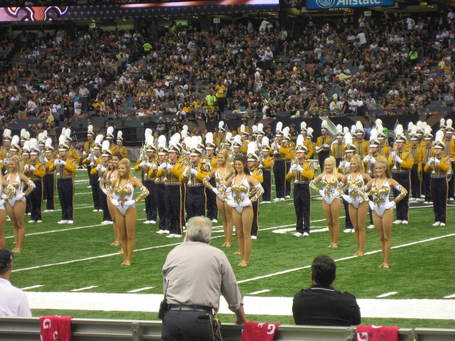 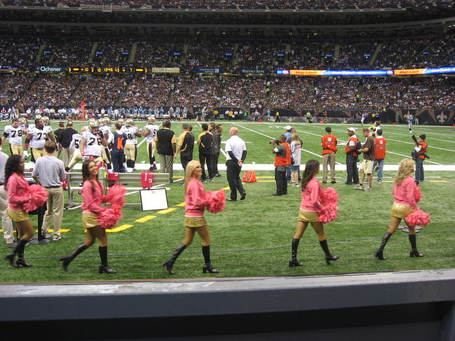 Pink jackets for the cheerleaders. 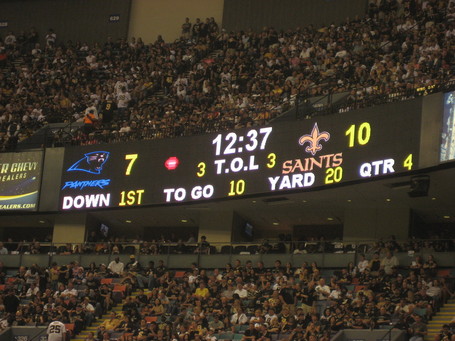 Who can tell me what's wrong with the scoreboard? 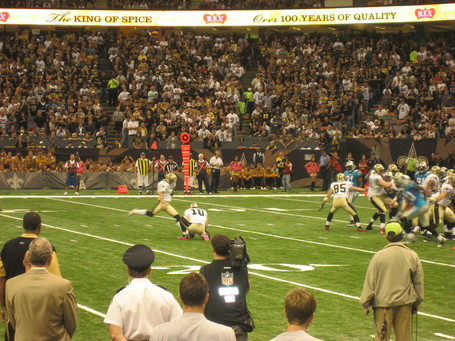 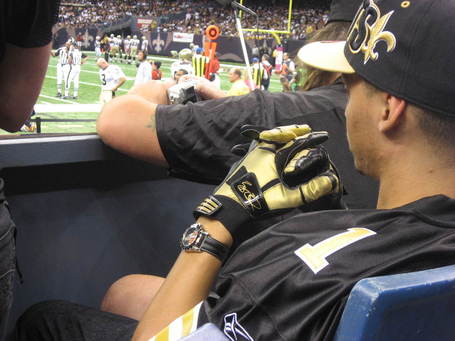 Dude is ready for anything thrown his way. 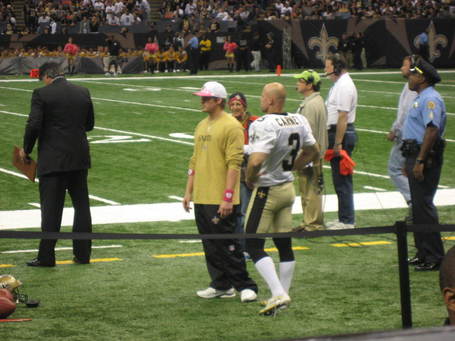 Hartley and Carney together. 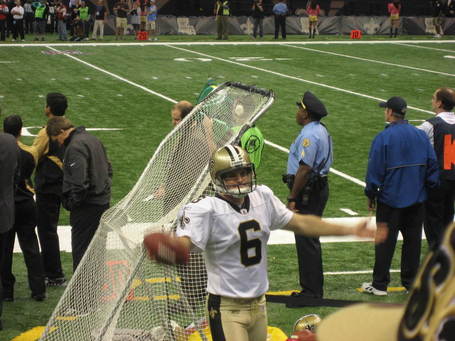 Thomas Morstead trying to get the crowd pumped up for the key 4th down play at the end of the game. 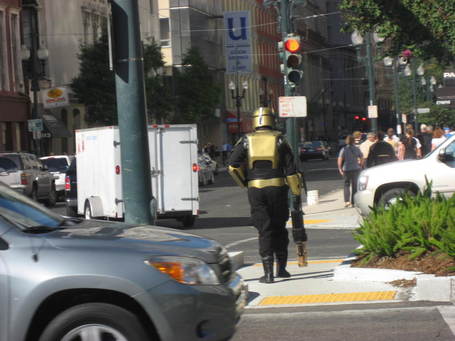 Here is the roll call and timeline from both of our open threads yesterday afternoon. Thanks to all those who participated.