"Sickest" Play of the Week: The Jenksgiving Day Miracle

Share All sharing options for: "Sickest" Play of the Week: The Jenksgiving Day Miracle

For this weeks Vicks sponsored post instead of discussing who powered through I've decided to break down the "sickest" (get it?) play from the Saints 30-27 Thanksgiving day victory over the Dallas Cowboys. Of course there's no question as to which particular play from that game should be chosen. In fact The Jenksgiving Day Miracle, as I've decided to call it myself, might be the sickest play across the entire league this week, not just the Saints/Cowboys.

So in case you haven't watched it fifteen times over already this holiday weekend, make the jump to see a breakdown of Saints safety Malcolm Jenkins' 4th quarter strip of Cowboys wide receiver Roy Williams and relive how it all happened.

And since this play had a similar feel as Robert Meachem's strip and score in Washington last year, I'm posing a serious question in our poll. Your vote is wanted. 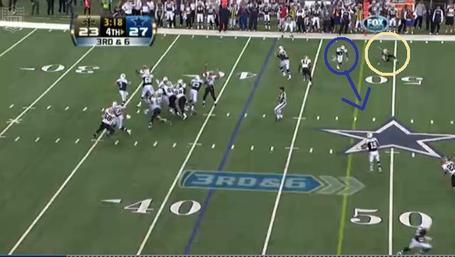 Roy Williams has single coverage on the outside against Saints rookie Patrick Robinson. Advantage: Dallas. The pass is thrown, Williams slants to the inside and Robinson slips while adjusting. 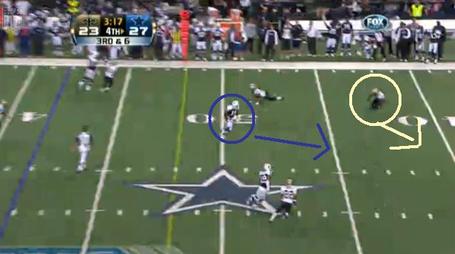 Williams is wide open, gets the pass and is off to the races up the middle of the field. Robinson can now do nothing but watch. Jenkins is now in the frame seven yards upfield and needs to adjust himself as well. 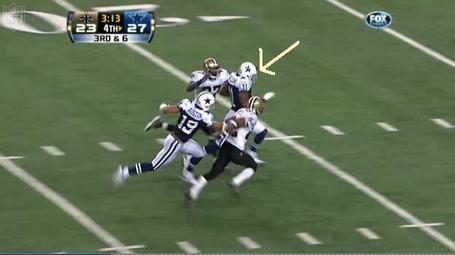 Impressively, Jenkins turns on the jets and is able to position himself alongside Williams at about the 25-yard line. Williams is holding the ball in just his left hand when Jenkins makes his move at the 21-yard line, using his left hand to pry the ball away. 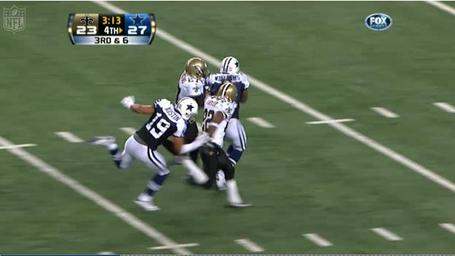 Jenkins starts to pull the ball from Williams, who has now turned his body in an attempt to get a second hand on the ball for security. 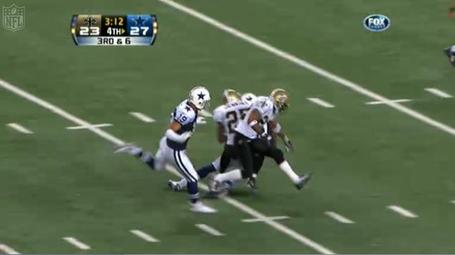 As they both fall to the ground together, the ball continues to leave Williams' possession and enter Jenkins'. 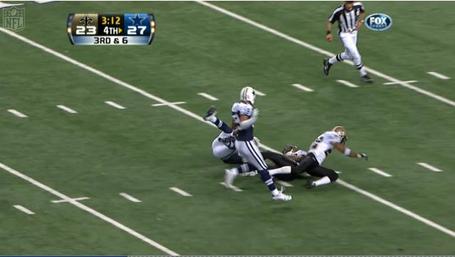 Jenkins secures the bobbling ball between his left hand and his crotch always making sure it doesn't hit the ground.