Saints @ Ravens: Interview with the Enemy

Share All sharing options for: Saints @ Ravens: Interview with the Enemy 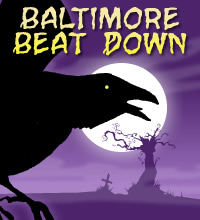 Been a while since we've had one of these cross-blog posts for you guys to enjoy but I'm glad to have it back for this week. I had the chance to ask a few questions of SB Nation's head Baltimore Ravens blogger, Bruce Raffel, from Baltimore Beatdown. Our brief discussion can be found after the jump.

So read on and get a little more familiar with the Saints opponent this week by reading what Bruce had to say about the Ravens.

CSC:  Where do the Ravens stand on the health front? What are the key injuries?

BB:  Tight end Todd Heap's status is still uncertain and his absence left a huge void in the Ravens gameplan against the Houston Texans last week as the rookie TE only caught one ball in that game. Otherwise, the team came out of the game relatively sound and have remained so most of the season.

CSC:  Any concern that the Ravens will be worn down this weekend because of the OT game against the Texans this past Monday, in particular the defense? Is there enough gas in the tank?

BB:  The Ravens certainly were exhausted in the Texans game and a short week is partially negated by this being a home game. If the Ravens can keep their offense on the field, then the defense should be well rested. If not, the same thing could happen with disasterous results.

CSC:  The Ravens running game seems to be under-performing these past few weeks. What, if anything, is behind that?

BB:  The poor performance of the offensive line has hurt both the run game and the pass protection. Once a strength of Ravens team's past, it is a real concern and has the team hesitant to try to force the ball down opponent's throats as they have built their reputation on that type of smash-mouth football.

CSC:  Which part of the Ravens defense should the Saints attempt to exploit?

BB:  The short slants and quick hits, plus WR screens have all given the Ravens defense fits. Poor tackling by the cornerbacks combined with the linebackers inability to cover the TE's and running backs have given opponents chances to drive down the field, tiring out the Ravens defense as prevously discussed.

CSC:  The Ravens have been outscored 74-105 in the 4th quarter this season and have been involved in three overtime games. Do they have a problem closing out games?

BB:  Obviously, this is an issue, with all four of the Ravens losses coming after they surrendered fourth quarter leads. Interestingly, the are among the league leaders in defense in the third quarter. There has been questionable play-calling in critical moments that has turned the tide the past two games and if that doesn't change, it will be the downfall of the team's season at some point.

CSC:  Care to make a prediction?

BB:  If the Ravens allow the Saints to come back like they did the Texans, they will be blown away and lose. However, the season has been head-shaking from week to week and with the home field advantage and cold weather, I like the Ravens chances. But the thought of a close game will have fans on both teams on the edge of their seats for at least 60 minutes, if not more. I'll be the homer and say Ravens 27-24.