Stuart: How does the Sportsman of the Year voting process work?

Tim: As a writer, I’m not really privy to it. Over the course of the year the managing editor, the assistant managing editor, the senior editor, all of the people in the upper positions of the magazine will be constantly soliciting writers: do you think there’s anybody we should be thinking about? Most years, the top group of people that you would choose from are the fairly obvious, and I think that was the case this year.

The first time I get involved is when the upper manager called me and said it looks like it was going to be Drew Brees, and would (I) be interested in writing the profile?

Stuart: I’m kind of a cynic, and so I wonder if there’s a lot of ex post facto sort of adjustment of the reason why Drew Brees came to the Saints. I kind of remember getting the feeling when he chose to sign with new Orleans instead of Miami that it was really more a case of money that just the chance to make a difference. Do you get that impression or do you think ht it really was a chance to have this connection with the city from the get go?

Tim: Well let’s think about a couple things. Number one, the quote that’s on the top of the (Sportsman of the Year) cover. I mean it’s a quote Drew repeated to me over the last few years especially in the last nine months. The quote is: "I needed New Orleans just as much as New Orleans needed me" And I think that’s been his story from day one.

The idea that he just swooped int ob e a savior of New Orleans is never something Drew has stated by himself. He has stated pretty honestly from the beginning that New Orleans was the only place. Now, in 2006 he was more like "I chose new Orleans over Miami", but now he’s pretty much come forward and said "Look, Miami wasn’t really an option."

Tim:  And I think that once, once he looked at it in that way – that this is the only place that I’m going to have a chance to do what I want to do, and that’s to play quarterback in the NFL. And then I think, as time went by, I think he has evolved into this other role.

Stuart: So, let’s talk about Drew Brees the quarterback a little bit.  If you sort of look at it objectively, what he’s had to deal with, all of his life, is this idea that he is an undersized, injury-prone quarterback.  And, so what enables him to sort of overcome that to play at what is, at least right now, a Hall of Fame level?

Tim:  He's definitely a guy who, throughout his career has been (underestimated)…in high school he didn’t become a starter until he was a junior…  Nobody really wanted to recruit him because he blew out his knee late in his junior year.  So, Purdue came in late or he might have wound up in the Ivy league.  You know, as what we then called Division 1-AA quarterback.

And, obviously, (with) the Chargers, it took him a year to beat out Doug Flutie.  Then they drafted Rivers, even before (Brees) got hurt… with an eye toward replacing him eventually.  And then (he was underestimated) again, in ’06: the Saints were the only team that wanted him.   But, the flip side of all that is everywhere he’s gone, he’s been tremendously productive. In Purdue, he broke Big 10 records even though he started only three years. The records still stand over (those of) four year starters.

Stuart: I think it's he's just so smart. I mean, he does have more batted balls than many quarterbacks, I think, because of the height; you're just going to get that. But he makes up for it with everything else: the preternatural accuracy, and the work ethic, and all of that.

Tim: I talked to Jon Stinchcomb, who’s a starting offensive lineman for the Saints, and a good friend…He was talking about Brees’ work ethic, and he said, you know, he’s here at 5:30 in the morning, and, you know, when (Brees) goes out to dinner with the offensive linemen he gets there when they’re finishing eating, because he stays at the facility until 7 or 8 and then goes home and tucks in his son, and then studies some more. But what Stinchcomb said was, you know, he’s a superstar celebrity franchise quarterback, all those guys do that…I don’t want to oversell that because I think Manning does that, I think Brady does that, you know, I think probably Matt Ryan does it.

Tim: When you get down the list, I don’t know how much all those guys do it. What I will say about Brees is, he does it as much as anybody. And, in terms of the way he’s able to connect with his teammates, I’ve gotten the sense that the way that guys like Lance Moore and Marques Colston talk about him, I just think that he’s managed to mesh that work ethic and draw other people into it. When he was at San Diego as a second, third year quarterback, he wanted the receivers to stay late, on, I think Wednesday or maybe even Thursday, and look at a couple more cut-ups of a tape to get more ready for Sunday, and a lot of them didn’t want to, so he started calling into local restaurants and getting a catered dinner brought into the facility to try and entice them to stay, and it worked. They did stay. And Brees didn’t have the cachet that he does now. Now I think if Brees goes to Robert Meachem and says, "Hey, come back in the meeting room, I want you to look at this," when Meachem’s ready to leave on Thursday, he’s going to come and look, because Brees has that kind of stature on the team and in the league. I mean, he’s not a guy you say no to at this point.

Stuart: Right. And once he develops that trust for you as a receiver, the rewards are many.

Tim: Well, of course; Payton’s system is the kind of system where so much is based on option routes and reads and understanding that you have to see and think and feel what the quarterback sees and thinks and feels. And again, same thing with Manning, same thing with Brady…if you are thinking the way the quarterback is thinking, there’s a good chance you’re going to get the ball.

Stuart:  Yeah. Yeah, with Meachem, it actually, it’s funny, because he rode the bench his rookie year, rode the bench his sophomore year, and so I think it took a while for him to maybe develop that rapport or that work ethic, but then last year they had, I think, a perfect passer rating together, or pretty close to it, so…

Tim: Yeah, I think so. I mean, with Meachem, I don’t think he was super quick to grasp all the offensive nuances enough to get up to Brees’ level of understanding of the offense.

Stuart: Did you get a sense of confidence around Saints camp while you were there? (A feeling that) they were going to be successful this year and headed to the playoffs? Because I've been kinda down on the team. I mean obviously the record makes them one of the best five Saints teams ever, but I mean that's not saying much. Did you get a sense that they thought they could make a good run?

Tim: You know, you never really know, because they're not going to tell... me, an outsider (anything). I mean with Drew it's one thing, I've known him for 11 years, and to talk to him. But he's got so many secrets of how he feels about this team, because again, that franchise superstar quarterback is right in the moment all the time, I mean right now if you want to talk to Drew, a lot of his brain is being occupied by the Cinncinati Bengals' defensive schemes. It's a week to week kind of league, and I think, I think a big picture, they'd become one of those business-like type franchises, you know they've been to the playoffs twice in four years, they've won the Super Bowl, now it's all fine tuning, and I'm sure right now they're spending alot of time trying to get Reggie Bush back up to speed so that he becomes a threat again, in whatever way that he is.

That's just the NFL this year: There's nobody that can't win this thing right now out of the contending teams. If you told me right now who was gonna win the Super Bowl, there are almost no names you could give me that could shock me.

Tim: And certainly the Saints can (win the Super Bowl). I mean I don't think they are where they were last year, but I just don't know who they have to beat that is.

Stuart: We really appreciate you (being interviewed) Tim

Tim: Well thanks a lot! I hope you enjoy yourself with the Saints for the rest of the year.  I mean, they're certainly going to be in the hunt the rest of the year and they should be in the playoffs and I think it's been a good ride for the Who Dat Nation for the last three years.  I hope nobody their takes that for granted because as soon as that happens they go four and twelve and then you realize what you're missing.  I hope all the Saints fans enjoy, you know in the (NFL) it's really a special thing to be at the top for several years…That general manger coach quarterback line of succession is what drives success in the NFL and the Saints have that pretty well set right now. 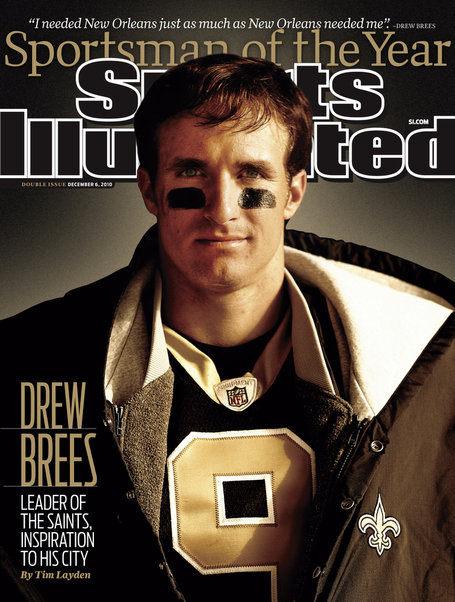 You can listen to Stuart each week on The Who Dat Report or the NFC South Report, or follow him on Twitter.