We're now onto the tenth pick in our second annual CSC community mock draft. Today's pick for the Jacksonville Jaguars was made by Monkey Poop Battle. I will let him take over and reveal the player he has selected. Thanks to him for his participation.

The tenth pick in the Canal Street Chronicles mock draft will be made by our resident poo slinger, Monkey Poop Battle. He is both a scholar and a gentleman. If your man stopped using lady-scented body wash and switched to Old Spice, he would smell like MPB. A woman once got pregnant simply by looking into his eyes. He is about to throw a handful of knowledge feces your way, so you'd better prepare yourself to catch his nuggets of wisdom. He's on a horse (Note: Monkey Poop Battle may have written his own intro and forced Saintsational to post it under threat of projectile excrement).

With the tenth pick in the CSC community mock draft, the Jacksonville Jaguars select... 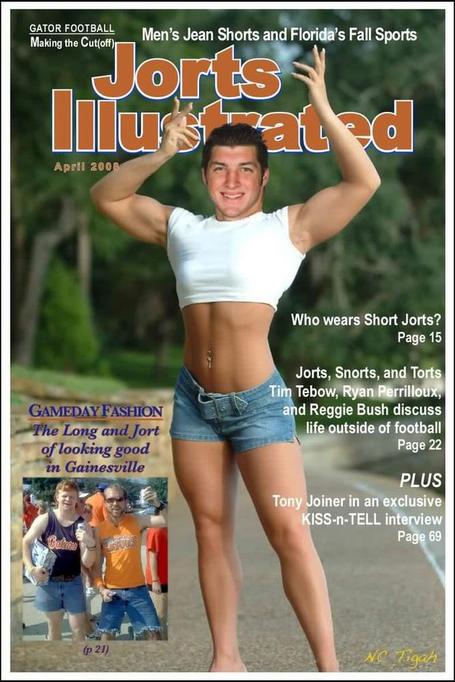 Ha ha, just kidding. No, we do not project the Jacksonville Jaguars selecting potential fourth string tight end Tim Tebow with the tenth pick in the 2010 draft. I just posted his picture at the top of this summary because I know that the very mention of wasting such a high pick on a project like Tebow makes many Big Cat Country readers' heads explode Scanners style. You might ask why I hold such vitriol for a team the Saints only play once every four years, a team the Saints have faced only four times in their entire history? Because I am still bitter about this:

Summary of the Current State of the Jacksonville Jaguars

The Jacksonville Jaguars of the past few years remind me of the Jim Haslett Saints of 2000-2005. Both had mediocre offenses with a couple of talented players. Both were led by a quarterback that does well enough to keep his job, but is hard to imagine leading a team to the Superbowl. Both defenses were worse than mediocre, but had a few quality players that prevented them from being an utter disaster. Both teams could beat any opponent on their schedule with the right breaks, but could just as easily lose to the worst team on their schedule. In short, the Jaguars are an inconsistent team, one whose current form has enough upside to potentially make it to the playoffs, but likely little else. In fact, I'm not entirely convinced that Jack Del Rio and Jim Haslett aren't the same person. 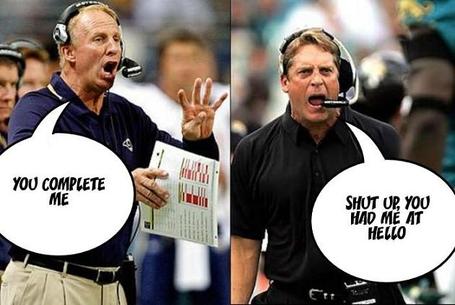 The Jaguars are more than one player away from being a Superbowl contender, so it would probably be wise to look for the best available player regardless of position rather than to chase a specific need. Fortunately, it appears as though that is the philosophy of the Jaguar's GM, Gene Smith. Last year, Jacksonville selected offensive tackle Eugene Monroe, despite the fact that OT was probably at the bottom of the list of team needs.

For the purposes of this mock draft, I am assuming the Jaguars are unable to trade down (something they would probably like to do, considering they do not have a 2nd round draft pick this year). At this point, it becomes a guessing game as to what player the Jaguars will have graded the highest. According to our mock draft, Joe Haden, Eric Berry, and Taylor Mays are all off the board. If any of these three are somehow remaining when the Jaguars make their pick, all three will receive serious consideration. Wide receiver Dez Bryant out of Oklahoma State will get a very good look. His off the field issues may have cost him a few spots in this draft, but that might play into the Jaguar's hands with the tenth pick. C. J. Spiller, running back from Clemson, will be a tempting option as well. He is an explosive running back, and would compliment Maurice Jones-Drew in the Jaguar's run heavy offense. Defensive tackles Dan Williams from Tennessee and Brian Price from UCLA are both very talented players that could step in on day one. Brian Price may be graded a bit lower for other teams, but his pass rush abilities would be a major asset to Jacksonville's defense woes. Chances are the Jaguars will have him graded higher than other teams because he would fit in their scheme very easily. Safety Earl Thomas from Texas is another player that the Jaguars will take a serious look at.

Still, for my money, there is one player that stands out above the available players listed above. I predict the Jacksonville Jaguars will spend the tenth pick on the best available player, and that player is: 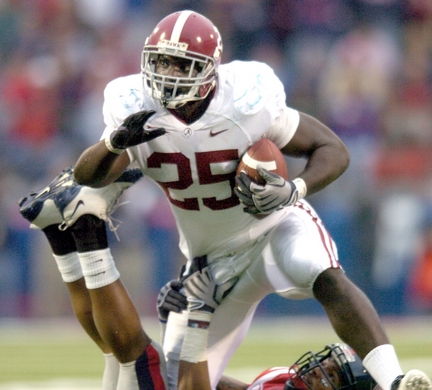 Rolando McClain, middle linebacker from the National Champion Alabama Crimson Tide, is the complete package. With 274 career tackles, 29.5 tackles for losses, and five interceptions in three years with the Tide, he has the stats to justify a high draft pick. Listed at 6'4" at 258lbs., he has the frame to be a force in the middle of the Jaguar's defense. More importantly, he is a guy that is known as a successful leader and a bright mind capable of getting his teammates in the right position for defensive success. Some pundits suspect he will fall in the draft after disclosing that he suffers from Crohn's disease, an inflammation of the lower intestines. Don't expect this to seriously affect his draft stock in Jacksonville, however. Current Jags QB David Garrard also suffers from the same affliction, and it has hardly been an issue for the team.

If the Jaguar's are truly looking for the best available player, Rolando McClain is their guy. Linebacker may not be the biggest team need, but he will almost certainly improve their struggling defense. If the Jaguar's do select him with the 10th pick, he will become my odds on favorite player to win the Defensive Rookie of the Year honors, and will likely be an impact player and leader for the next several years.