Our second annual community mock draft here at CSC continues to roll on smoothly. The next pick for the Washington Redskins was brilliantly and dutifully carried out by CSC member arcuate.

Make the jump to find out just which NFL prospect he thought might offer the Skins some future salvation.

I would like to thank arcuate for his participation in this years community mock draft.

With the fourth pick in the CSC community mock draft, the Washington Redskins select... 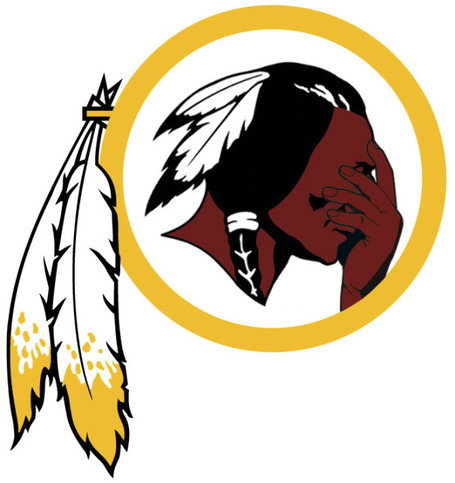 2009 was another catastrophic season for the Washington Redskins, their worst since 1994. They matched the Raiders blow for blow in comedic off-field decisions, providing one of the soundbytes of the season when they appointed Sherman Lewis, then a bingo-calling retiree, as their playcaller. Somehow they managed to trump that as their lowpoint of the season by putting in repeated abject displays on the field, including helping Detroit break a 19 game losing streak. And then there was this play:


The Redskins run the worst trick play anyone's ever seen. (via MyTubeForever1)

Injuries, lack of talent and depth, and terrible plays like the one above led them to a 4-12 season. Dan Snyder fired GM Vinny Cerrato, head coach Jim Zorn and Sherman Lewis. Mike Shanahan was hired to replace Zorn, with former Saints head coach Jim Haslett as their new defensive coordinator. The Shanahan Era officially began on Thursday with ten players being released, clearing space for a typical 'Skins assault on the free agency peroid.

Oh, you didn't think I'd recap their season without this, did you?

It might seem obvious, given they earned the 4th pick of the draft, but the Redskins are in a dire situation all over the field. They badly need to replace almost the entirity of an offensive line that gave up 46 sacks last year. There are question marks over the ability of QB Jason Campbell. They also went through five running backs, none of whom shined, with aging IR superstar Clinton Portis becoming ever more divisive in the locker room.

The idea that Washington could select a quarterback with the 4th pick isn't a stretch. They reportedly tried to trade Jason Campbell for Jay Cutler before the 2009 Draft, and last season's results can't really have swayed opinion of him. They have a new head coach and yet another new offensive coordinator and might want to start over. The general perception of Campbell at Hogs Haven is that he is of limited ability and will never be a (cliche alert) franchise quarterback. So it could be necessary to take a star at the top of the draft and build their team around him.

Pertaining to this mock draft, the only perceived 'star' QB left on the board is Notre Dame's Jimmy Clausen. Clausen has spent three years under Charlie Weis in a sophisticated offense that could have prepared him well for the NFL. He threw 28 TDs and only 4 INTs last year with a 68.0% completion rate. He did this while injured after tearing toe tendons early in the season.

In the clip above, Clausen shows good mobility, a quick release and pretty good accuracy. In this game he went 22-26 for 401 yards and 5 TDs, with the four incomplete passes all reaching WRs and looking catchable.

So do the Redskins go for a potential superstar quarterback? Mel Kiper thinks they should, and Mike Mayock agrees: "If you believe there’s a franchise quarterback available at number four, that trumps all other needs, in my opinion." 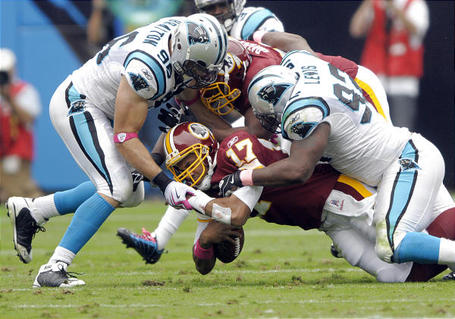 Having given up 46 sacks last season, the Redskins offensive line should get a huge overhaul. Chris Samuels, the former Pro-Bowl OT injured for most of last year, announced his retirement last week. Four other members of the OL are free agents with only Stephon Heyer tendered. Center Casey Rabach is the only offensive line member to be resigned so far. So what options do they have to improve in the draft?
Anthony Davis


Davis is 6'6" and 330lbs. He has played on the offensive line for Rutgers for the past three seasons, transitioning from right guard to left tackle last season and earning All-Big East and Second-team All-America honors. Davis is a very good run blocker thanks to his athleticism and power. Against the pass rush, he does well redirecting rushers to the far outside but can be prone to the double move. He has been benched twice for violating team rules, so there are question marks about his attitude.


Bulaga is 6'6" and 312lbs. Like Davis, he was voted All-Big Ten and second team All-American, as well as winning the Big Ten offensive lineman of the year award. He is a powerful mauler with good footwork, but was heavily outplayed by fast players such as Brandon Graham. He suffered throughout 2009 with a thyroid issue and there are uncertainties over his return to 2008 form.


Okung is a 6'5" 300lb lineman from Oklahoma State. He played right tackle as a true freshman before moving to left tackle. In 2008, scouts noted his ability to neutralize Texas defensive end Brian Orakpo, a subsequent Pro Bowler as a Redskins rookie. In 2009 he was named all-American and was the only offensive line nominee for the Lombardi Award. He twice held the NCAA sack leader at the time to zero sacks. He had 47 straight starts for the Cowboys. At the Combine, Okung had 38 reps in the 225lb bench press, second among offensive linemen.

I think the Redskins draft pick comes town to a straight choice between Okung, the leading LT in the draft, and Clausen, the leading QB after Bradford was picked. This is a great example of filling the biggest need vs picking the best player available. If they pick Clausen, they potentially have the franchise quarterback they need to start winning games again. But without Okung, whichever quarterback they start next year is going to be sacked pretty regularly. It could also be argued that with 3,618 yards and 20 touchdowns, Jason Campbell isn't a player to be given up on just yet. I think that putting a rookie quarterback behind the current line would be disastrous for Washington, and that Okung is a great pick who could replace Chris Samuels instantly. The safest and smartest route for the Redskins would be to use the fourth overall pick on Russell Okung.