We Stood Up. We Got Crunk. Now What?

Share All sharing options for: We Stood Up. We Got Crunk. Now What? 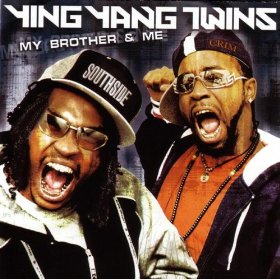 If there's one thing I learned from all my experiences last season as a Saints fan it's that we, Who Dat Nation, truly are unique. Our passion, music and creativity; there's no other fan base like us. I know that's been said a million times over but sharing a stadium with Colts fans at the Super Bowl in Miami really hammered that fact home for me.

The most recent entrant into Saints culture has been the incredibly catchy "Halftime (Stand Up and Get Crunk)" by the Ying Yang Twins. Ever heard it? I thought so.

Though it was actually played at home games in the dome during the 2008 season - and quite possibly 2007 if memory serves me correct - only this past season did it become the wildly popular ditty we'll never forget. Back then the special teams players used it to get pumped before kickoffs. Two out of every three reader emails I received would just be asking me if I knew the name of the song. Ironically, I didn't. Now it's the soundtrack to success and good times, forever associated with the Saints first Super Bowl championship.

The way I see it, this could go only one of two ways. The song could go the way of "Cha-ching" and sort of die out slowly, only to be used sparingly while taking a stroll down memory lane. Basically, the Ying Yang Twins will hold a place next to Seth Green. Or it could become the long-term anthem of a new generation of Saints fans, as commonplace as "Who Dat!?" and played at Saints games for years to come. What does the future hold for the relationship between the Ying Yang Twins' masterpiece and Who Dat Nation?

I guess there is a third option. We could choose to quit while we're ahead and just retire the song altogether. Unveil a second banner picturing the Ying Yang Twins on opening night to hang next to the championship one and play the song one last time, performed live by the boys themselves. Special guest appearance by Kenny Chesney. Going out on top is always the best.

Honestly, I was getting kind of getting sick of it by the end of last season. Anyone else? Some songs are catchy and always stay that way. Other songs, though initially addictive, just don't have staying power. I'm afraid "Crunk" may be the latter. But you never know because sometimes the association of good feelings with a song trumps all. Only time will tell. With all spring and summer to get it out of my head, I'm sure it will warm my soul to hear it again come the season opening, banner dropping extravaganza. But another full year of the Ying Yang Twins might just wear it out for me.