You didn't think I was gonna miss this, did you?

To be honest, it was a last minute decision I made at work yesterday. I actually wasn't planning on going but it was such a gorgeous April day in New Orleans, I figured it would be a shame not to. Then was surprised when I hit traffic on David Dr. backed up all the way from Zephyr Field. Everyone else must have had the same idea. I don't know why I thought I would be the only one interested in going to something like this.

Once we arrived at the stadium it was smooth sailing. Five bucks for parking (that better be going to charity!) with a short walk to the box office. The line to purchase tickets was incredibly shorter than the Will Call line to pick up tickets already purchased on the internet. See kids, laziness and lack of planning does pay off. The woman in front of us picking up corporate tickets was not a happy camper when she finally got to the window, only to realize she was in the wrong line and needed to get in the other, longer line. Another gentleman who had made the same mistake was contemplating the purchase of brand new tickets just to avoid having to switch lines. Hey, it's for charity! Anyway, ten bucks each and we were in.

I've always liked Zephyr Field because of its incredible intimacy. It takes me out of the New Orleans bubble and makes me feel like I'm at a high school baseball game in small town rural Iowa with it's modest concessions and simple seating arrangements. This is all greatly magnified, however, by my strong familiarity with football stadiums and the stark difference between the spectacle that is an NFL game and any event that would ever be held at Zephyr Field. Both have their niceties.

As far as the game and event itself, everything went well. There was a laid back feel, both on the field among players and in the crowd. I've got to admit, though, that it was weird going through the familiar motions of buying a ticket, sitting in a stadium and seeing those well-known faces in black and gold on the sideline except they're playing baseball. But the fact that they're all natural athletes actually made the game competitive and entertaining. At the end of the day I was glad I went and I'm sure the players felt the same. And the best part of it all: It's for a good cause.

For more information about the Heath Evans Foundation, check out his official website and become a fan on Facebook.

I've got a few more notes in bullet form after the jump followed by the usual bevy of pictures. 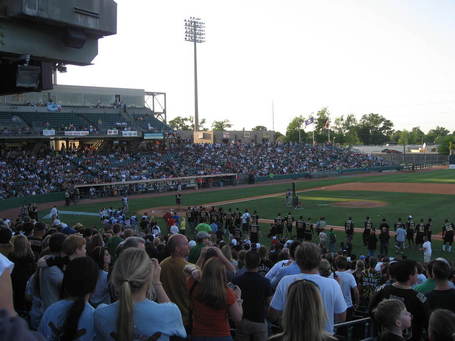 Nice night for a softball game. 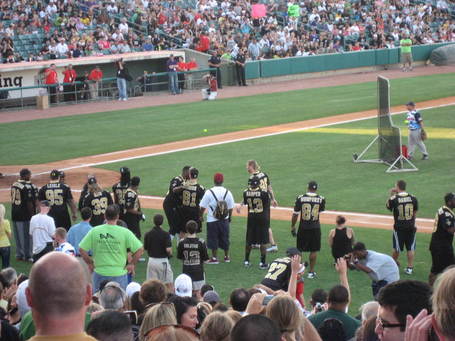 The players hanging around during the homerun derby. 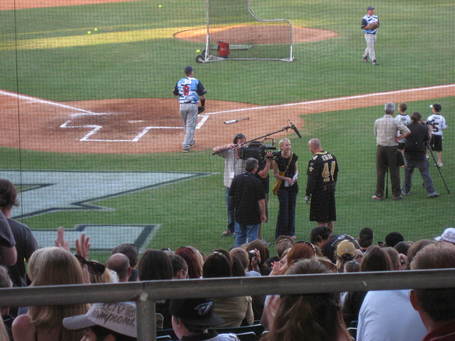 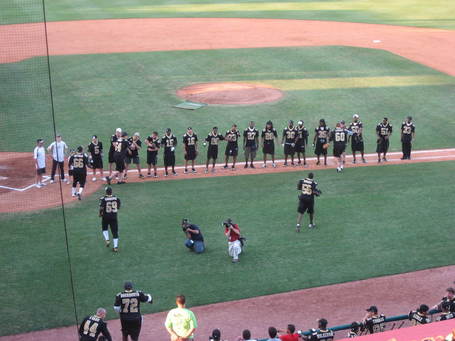 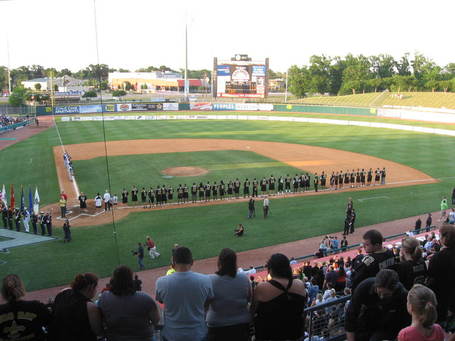 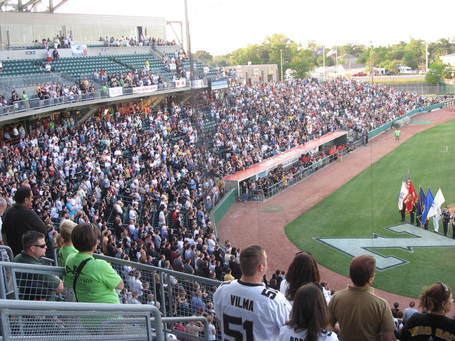 Shot of the crowd. 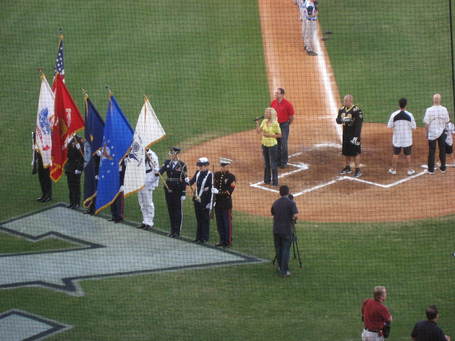 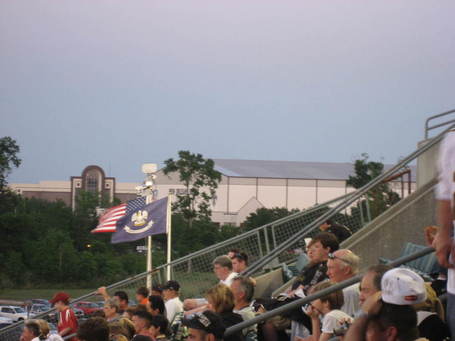 The Saints practice facility in the distance next door. 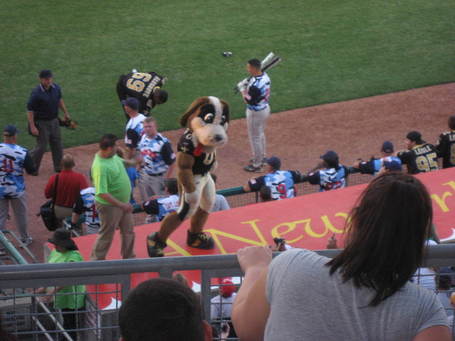 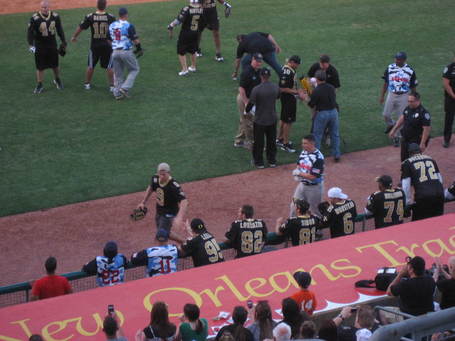 Drew giving everyone a high-five. 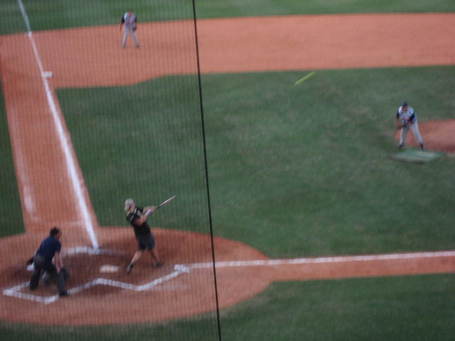 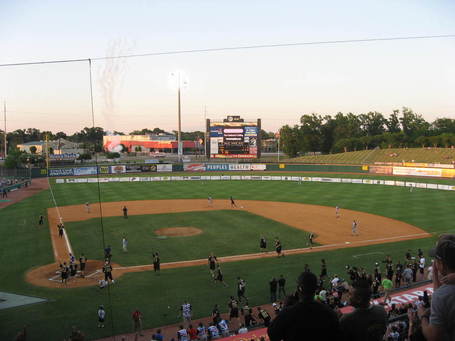 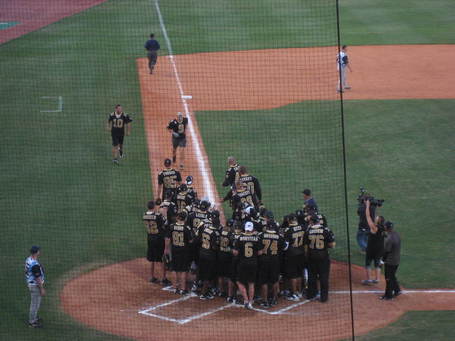 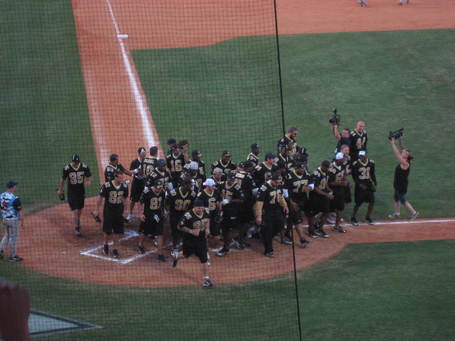 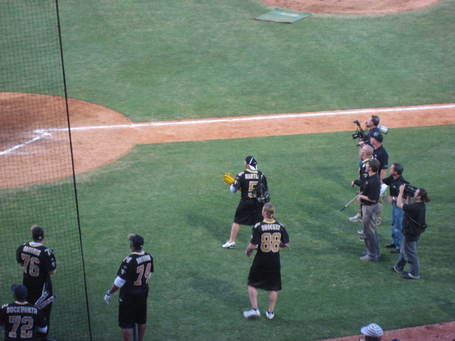 Hartley using the t-shirt gun. He sucked at it. 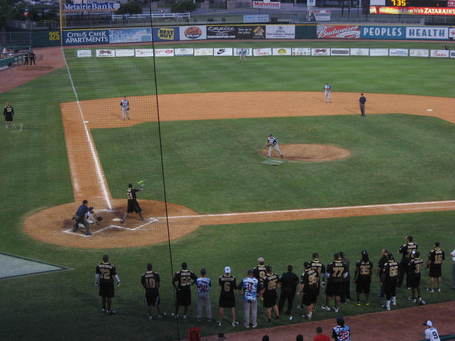 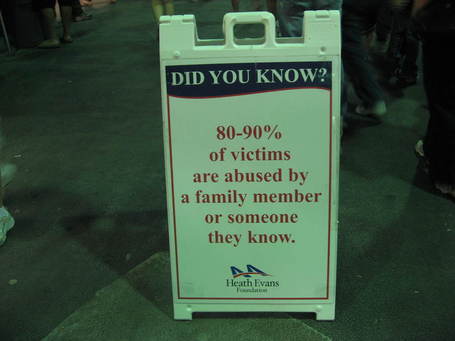 These were all around the concourse. 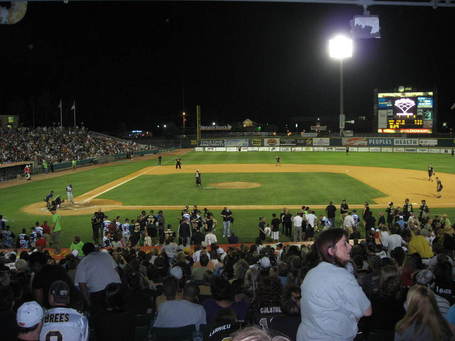 And here is all the rest of your Heath Evans Charity Softball Showdown coverage: