In Their Own Words: Saints Visit Fort Jackson in Plaquemines Parish

Share All sharing options for: In Their Own Words: Saints Visit Fort Jackson in Plaquemines Parish

Yesterday the Saints took a break from OTAs, boarded buses and headed south to Fort Jackson in Buras, Louisiana in an effort to show support and view the effects of the oil spill firsthand. While there, the team held a rally and announced their Gulf Coast Renewal Raffle, the winner of which will win an actual Saints Super Bowl ring. Entries are two dollars and can be purchased at this website.

Before, during and after their visit the players were all over Twitter sharing a lot of their thoughts and pictures. Because I think this is an important topic and not all of you are on Twitter, I have compiled all of the players (and certain reporters) tweets relating to their trip and posted them here. Make the jump to see what they had to say.

alexbrown96 Woke up feeling great this morning! We are heading over to the spot where all of this oil is spewing out. God help em fix this problem soon.

jgoody76 On the way to see the oil spill. All 80 something of us. I'll take pics if I can.

iWillSmith On our way to Plaquamine, La, To show our support for the bad oil spill in the gulf. Saints!!!

T_Porter22 Headed down south to show support to the people trying to get thru this oil spill. They support us therefore we should do the same

robyslyfe Headed to the coast to show our supprt for the oil spill relief.

j_bushrod7475 Saints are heading down to the oil spill disaster site(offshore of course) to show our support!!!.. Should be interesting

T_Porter22 Been riding on the bus for ab 45 min n all I see is open land and cows lol. #boring ride but for a good cause.

T_Porter22 I remember playing in the same fields and my grandma's house #resthersoul....those were the good ol days lol

T_Porter22 When ur driveway @ home is all grass n no pavement lmao u r n the country. But I love my LA folks. Truly brings back memories...

LanceMoore16 Down at the site of the oil spill, lending our hand and doing whatever we can to show our support for all who have been effected.

jeffduncantp #Saints just arrived in Fort Jackson to visit the wildlife treatment center for animals affected by the #oilspill. Waiting on Gov, Jindal.

jeffduncantp Typical Louisana welcome for #Saints: Navy band playing "When The Saints Go Marchin' In" and finshes with the "Who Dat" chant.

reggie_bush Just arrived in Fort Jackson, Louisiana with the team to help bring awareness to the devastation down here from the Oil Spills... 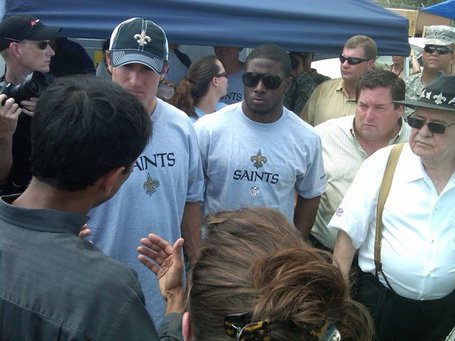 miketripletttp saints have been welcomed by gov. bobby jindal and are beginning wildlife tour in buras, la.

jeffduncantp #Saints announced a $2 raffle for a chance to win a SB44 championship ring over next few months w/proceeds 2 go 2#oilspill relief efforts.

jeffduncantp One final correction on the #Saints SB44 ring raffle. It's $2 per entry, with a $10 minimum. Sorry for the confusion it's been a wild day. 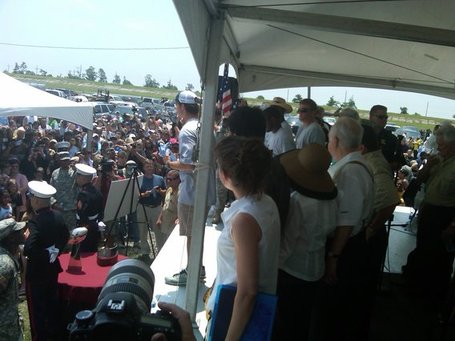 LanceMoore16 U can def smell the oil out here.... And the birds look so sad and outta their element. Glad they've been rescued 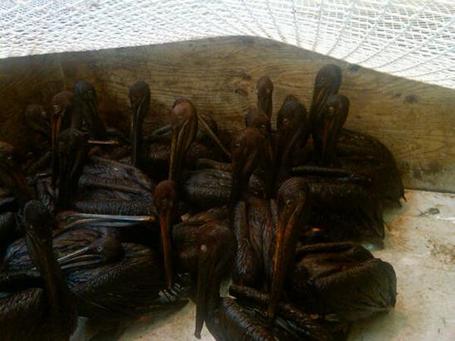 LanceMoore16 The people are doing work down here to get these birds cleaned up and back into the wild.....some clean pelicans 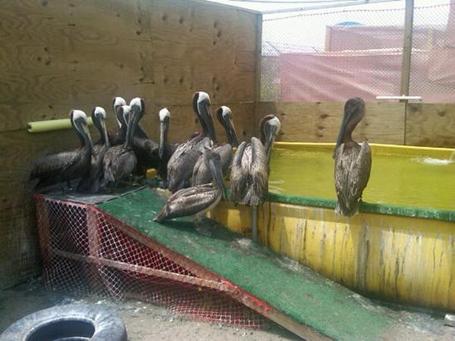 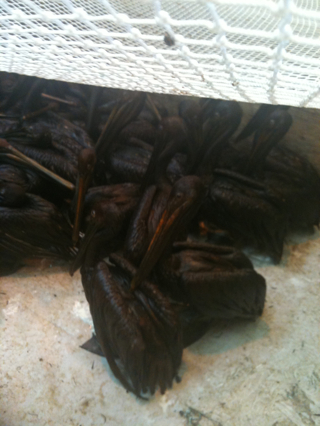 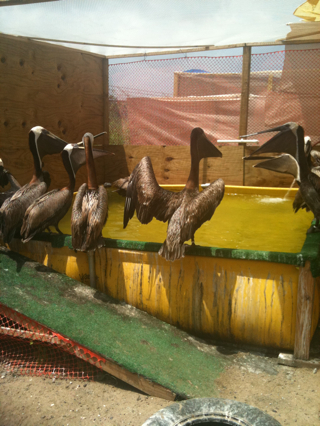 jeffduncantp This was tough to see: Oil-soaked pelicans waiting to be cleaned at the wildlife treatment center in Fort Jackson, La 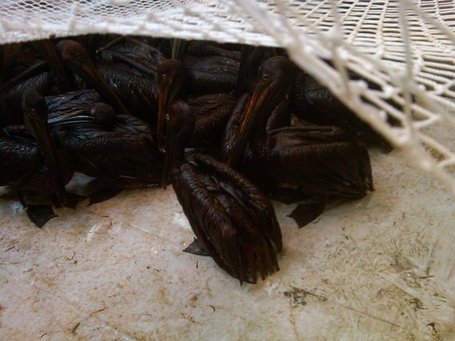 Pierre_Thomas heading to the track to get some running in...

alexbrown96 Coach Payton heading Over to get on one of those massive helicopters. 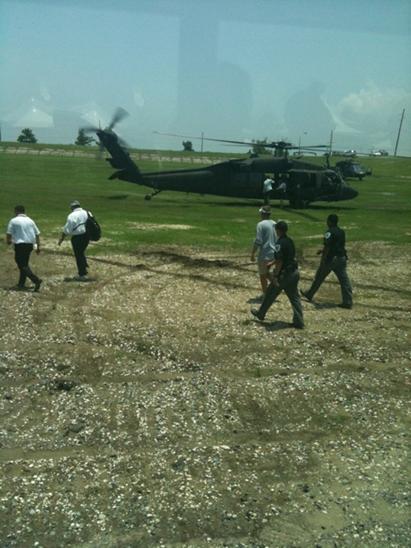 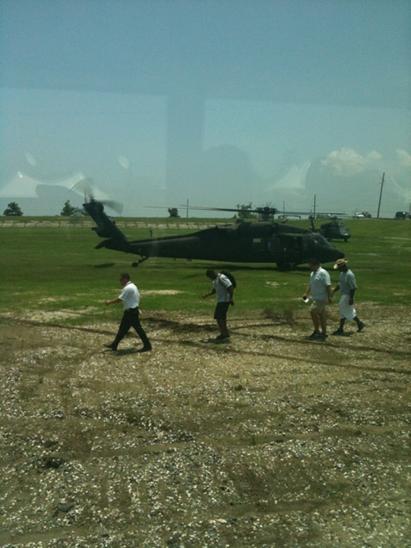 alexbrown96 @drewbrees taking off now!!! Trust me he's in there lol 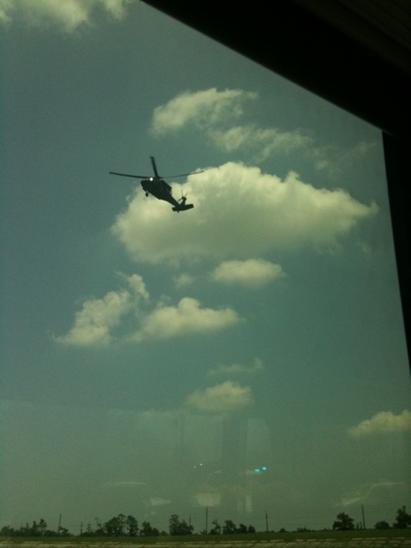 JeremyShockey Just left the oil spill.. I hope someone steps up.. very sad..

iWillSmith Well it was fun visiting Plaquamine Parish, The people were great an were very excited to see us. On ourway back home!!!!

jgoody76 This kid sign is the truth! Step up BP 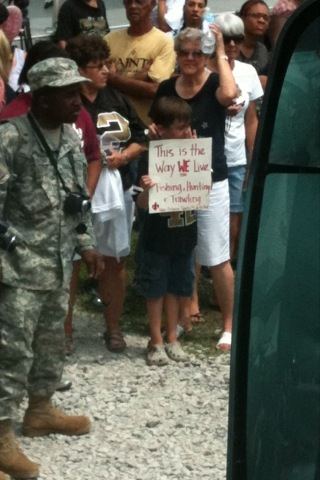 jgoody76 Birds that have been cleaned. 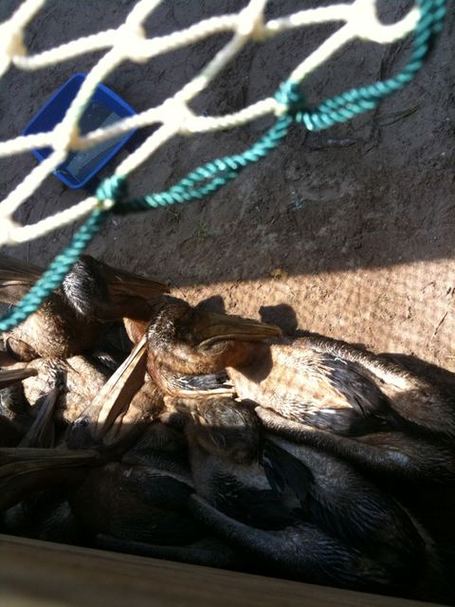 ChaseDaniel Just got back from Fort Jackson in Plaquemines Parish, LA where the Oil Spill is headquartered toshow our support for everyone involved!

alexbrown96 Just got back to the facility now headed to do some errands and then to the crib for a lil mid day nap. Back to practice tomorrow ;)

T_Porter22 @ the restaurant with my boys ab to fall asleep @ the table even tho I slept the whole way back from Ft. Jackson.

alexbrown96 Some of the birds that's awaiting a good cleaning. A sad sight indeed 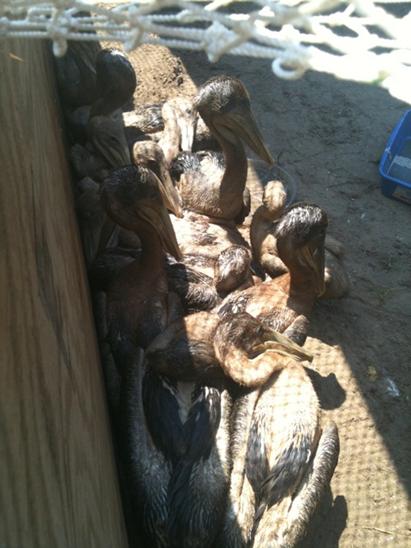 reggie_bush Just left Fort Jackson and Grand Isle, Louisiana which have been greatly affected by the Oil Spills. Extremely sad sight to see! 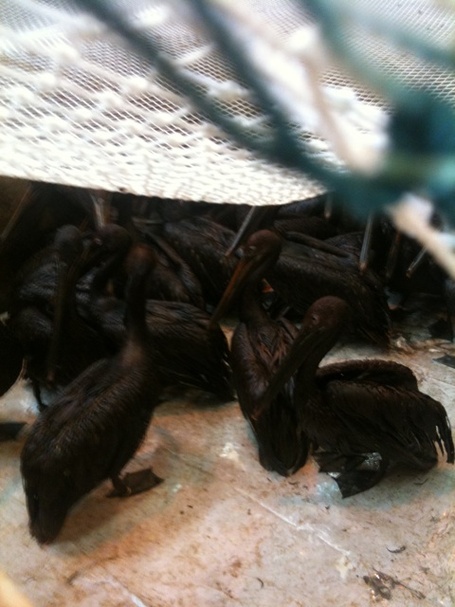 reggie_bush This is where they were cleaned...I didn't know they used Dawn Dishwashing liquid to clean them 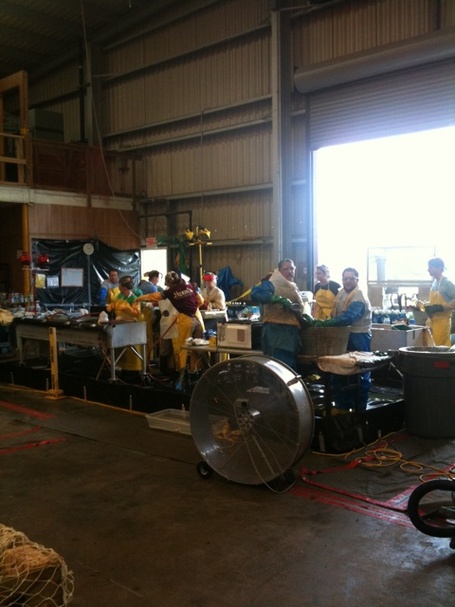 usama_young28 It was a good trip out to plaquemines parish. Got to chill wit the squad and get wit the fans out there that have to deal with the oil spill