I'm going straight into the bullet points today. Here are my notes and observations from yesterday's game. Photos and roll call after that. 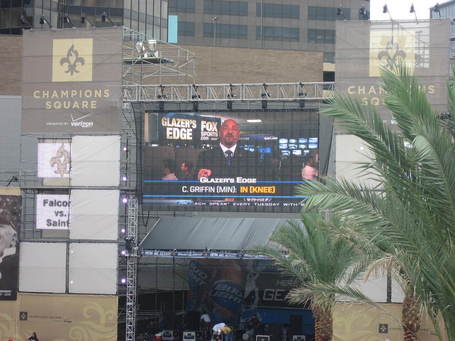 Fox is on the big screen in Champions Square before the game. 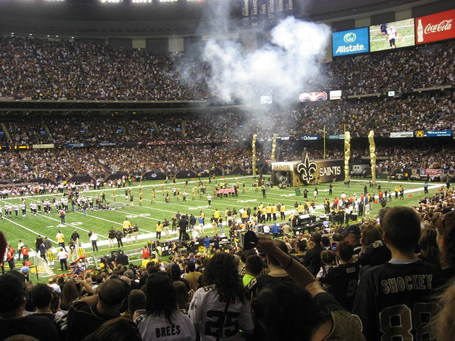 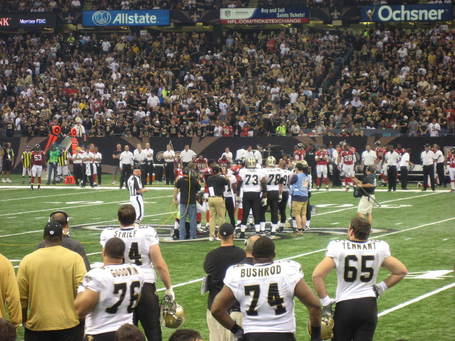 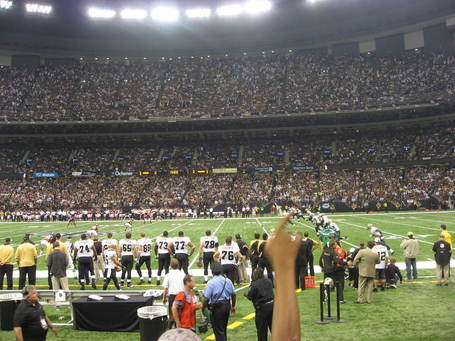 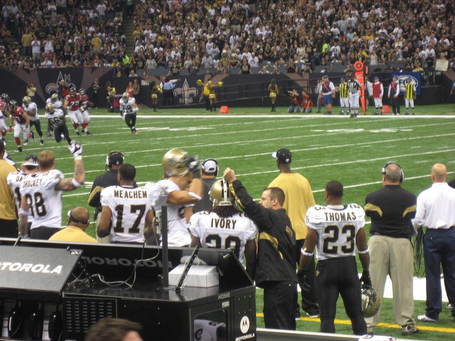 Ivory getting screwed in again. 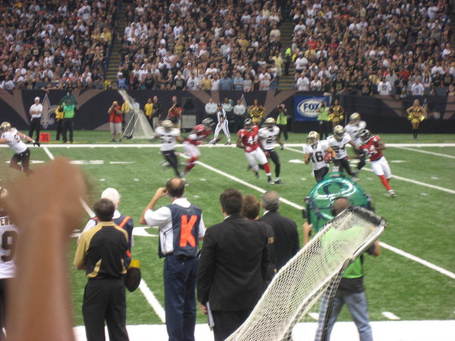 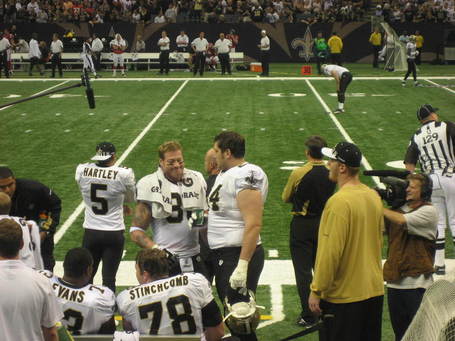 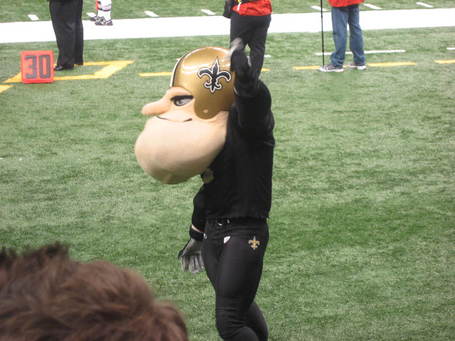 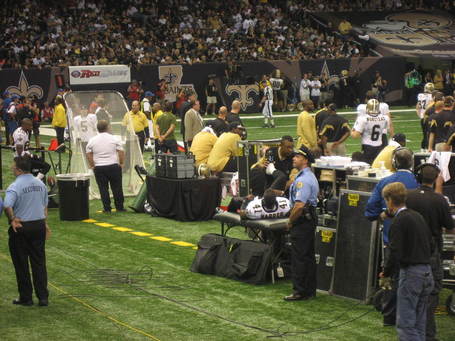 Roman Harper getting worked on the bench and Tracy Porter in the distance riding the stationary bike. 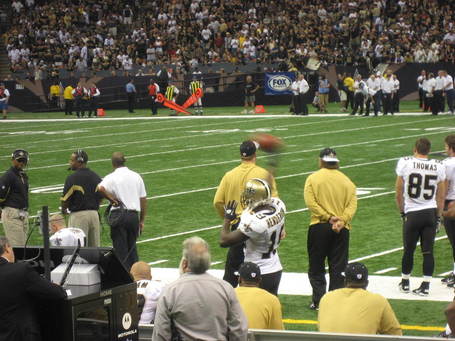 Devery Henderson tossing the ball around. 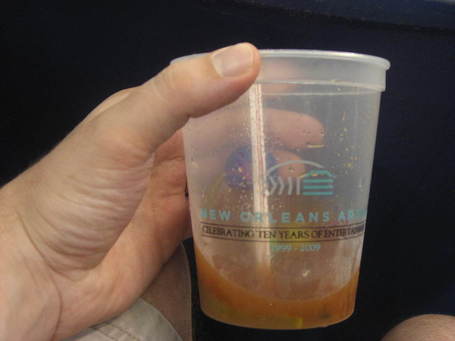 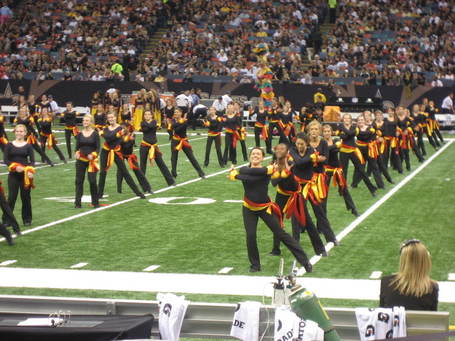 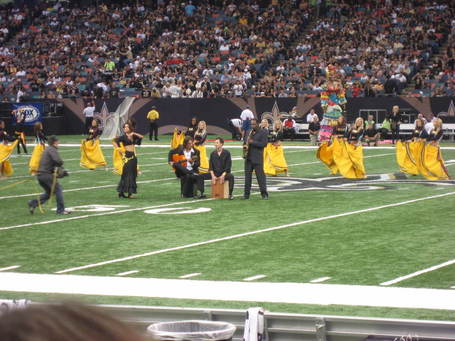 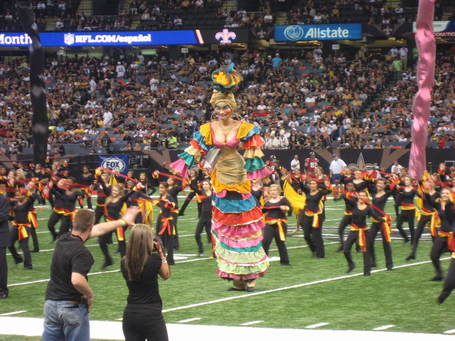 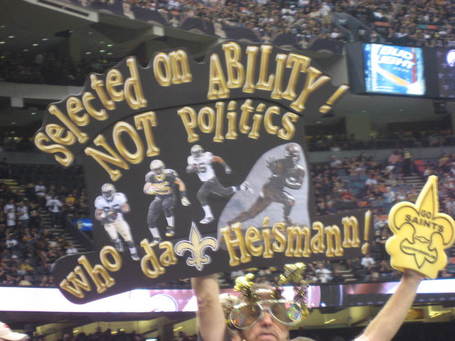 Nice quality. It even had a handle on the back for easy gripping and holding. 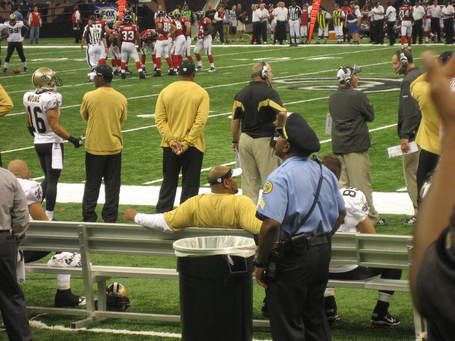 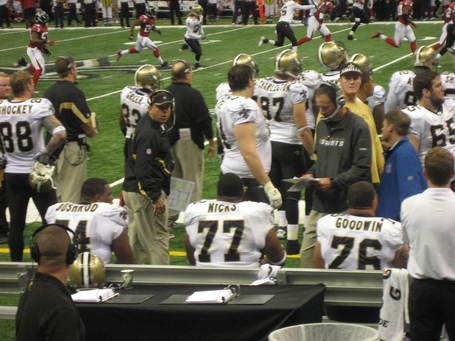 Payton having a word or two with Carl Nicks. 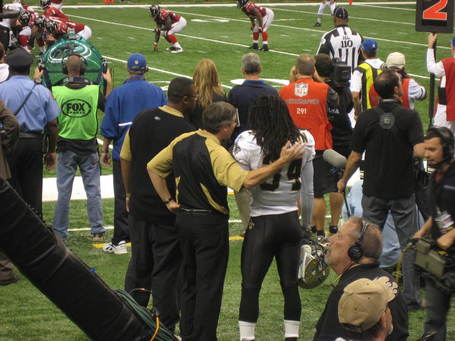 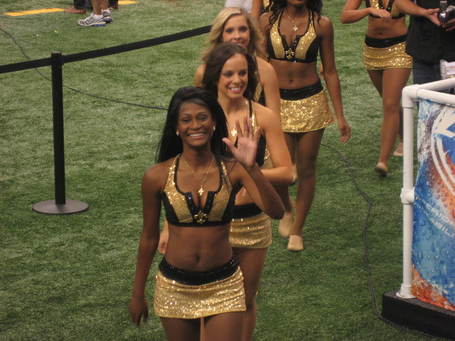 Saving the best for last.

Here's the roll call and timeline from our open game thread yesterday. Thanks to all who participated.