Share All sharing options for: Buccaneers 23 @ Saints 13: The View from Section 140 in Pictures 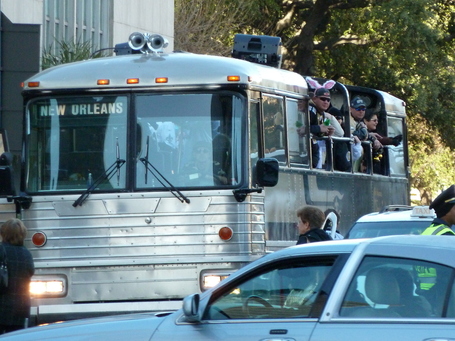 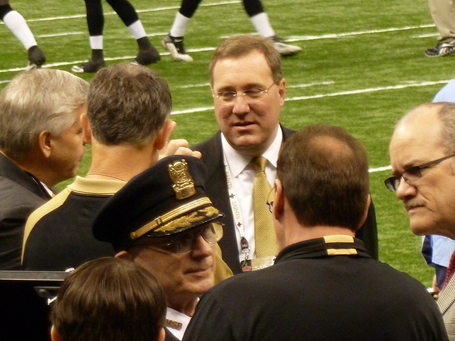 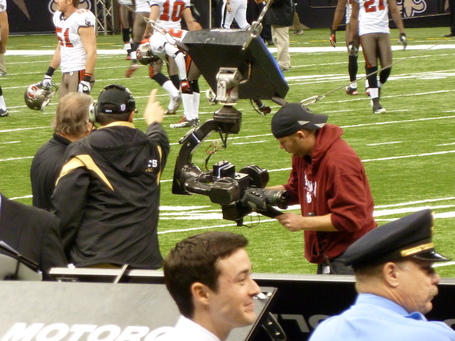 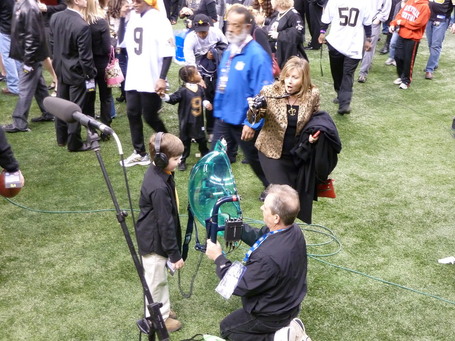 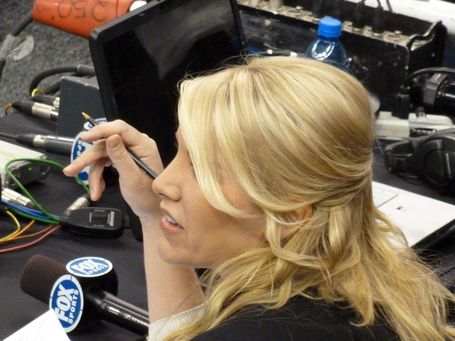 I had to look this up after the game but this is FOX field reporter Charissa Thompson. 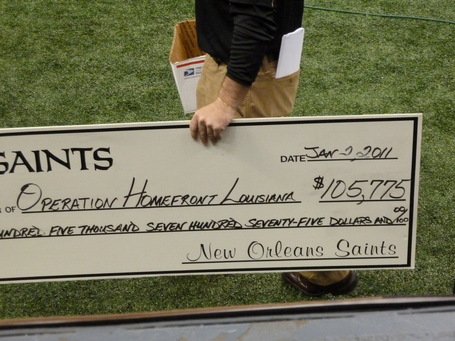 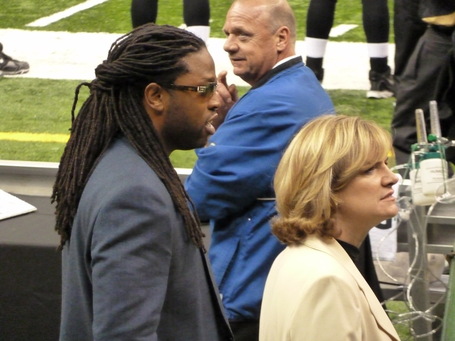 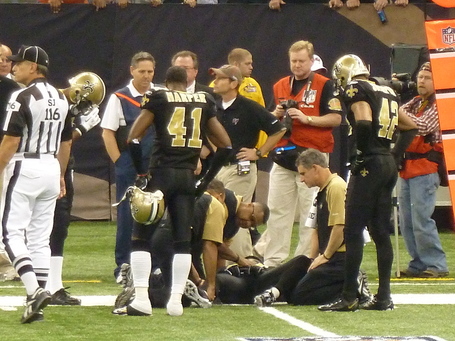 Malcolm Jenkins down on far sideline. 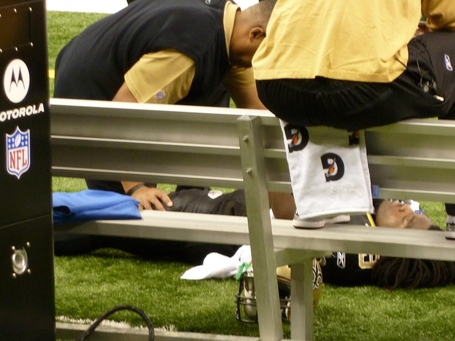 Chris Ivory getting examined right in front of the bench. 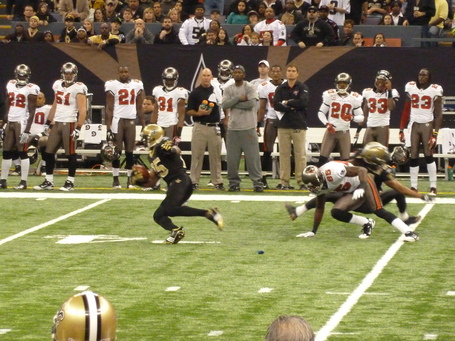 Reggie makes a sharp cut on a punt return. 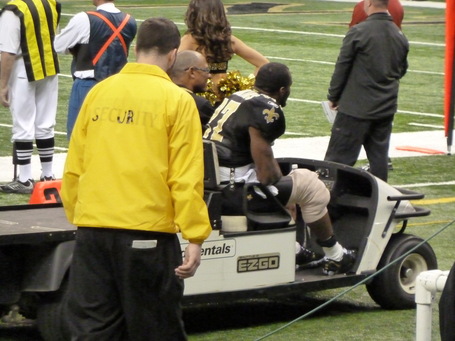 Jenkins gets carted off with his knee wrapped. 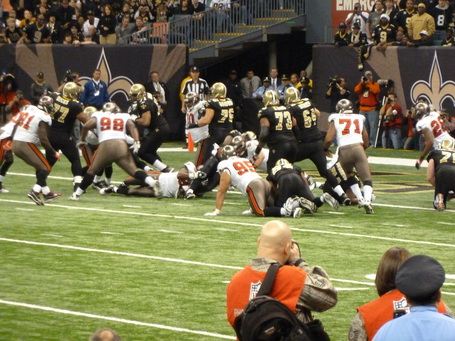 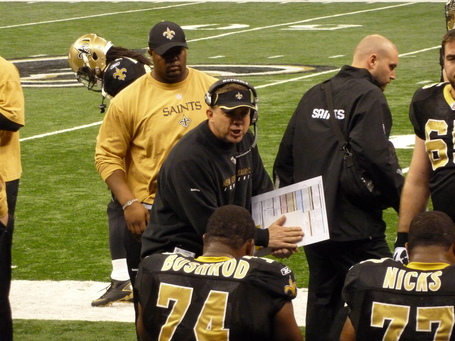 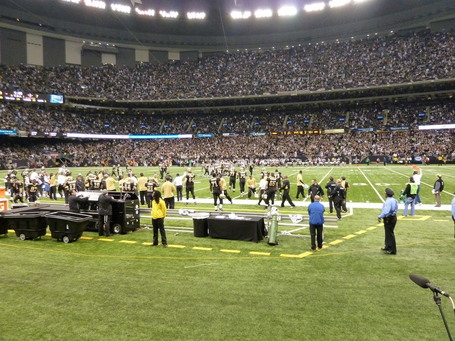 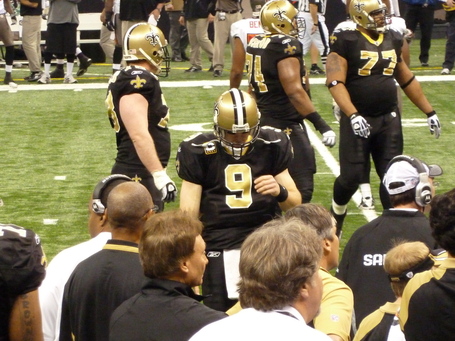 Drew walking off the field pissed off after interception. 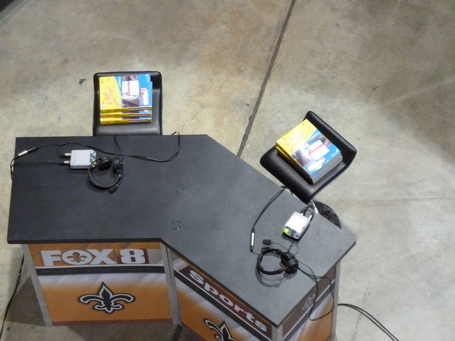 The FOX8 guys sit on phone books to do the broadcast. I thought that was funny. Can't they just give them taller seats? 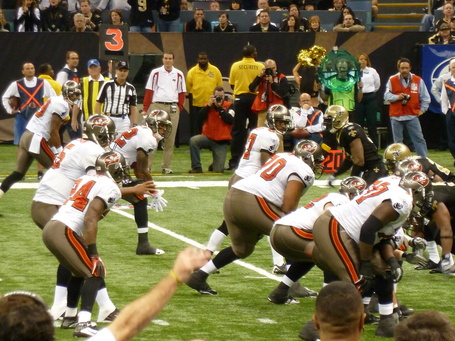 Josh Freeman can't pull off the one-glove look like Michael did. 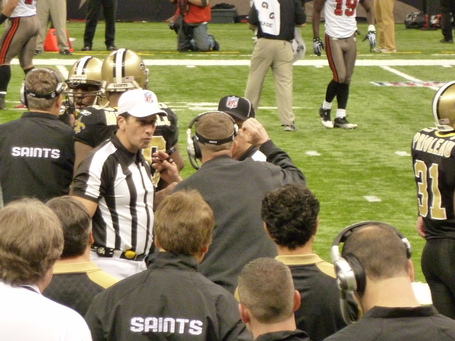 Payton having an argument with the referees. 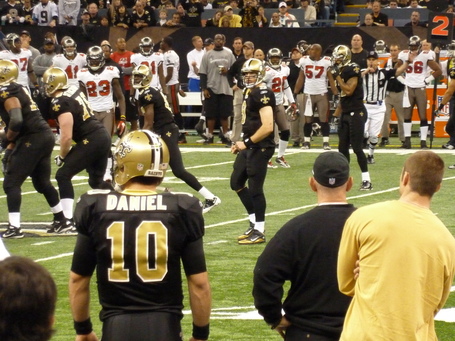 I thought having Chase Daniel in the foreground with Drew in the background made this picture kinda artsy. 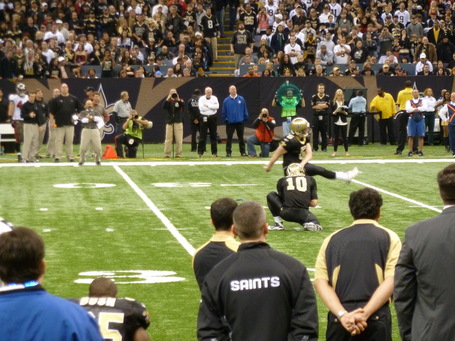 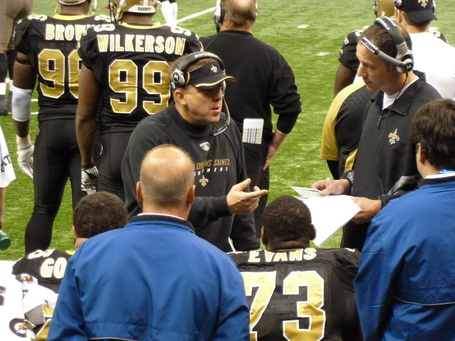 Even more coaching from Payton. Like it's his job! 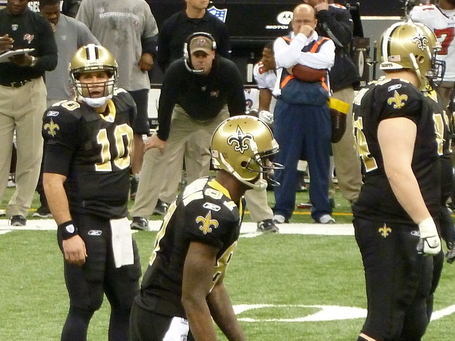 Chase Daniel and Adrian Arrington? Is this a pre-season game? 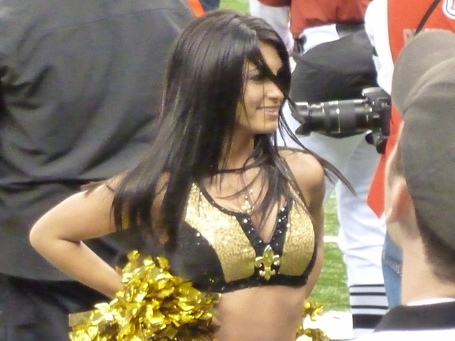 I bet you thought I was going to forget. Tradition!