We sat in the midst of Rams season ticket holders who drank too much beer and ate too many high fat meats. Honestly, that was a lot of smelly breath and they had plenty to cheer about. Lots of World Series winning good cheer and I have to think that must have had something to do with the Rams' attitude towards this game. Bad breath fans weren't too confident early on, and the local radio guy said something like "...if the Rams can hold on to this lead" towards the end, but the Saints got beat on both sides of the ball throughout the game. After the blocked Morstead punt and the St Louis score, I told suzjo before the kickoff, "Watch Drew BREESS!! press too hard and throw a pick in this next series." I didn't know it would be on the first play. GAAA!!! Well, he tried. Not sure about the rest of his teammates. Or were the Rams that pumped up for this game?? 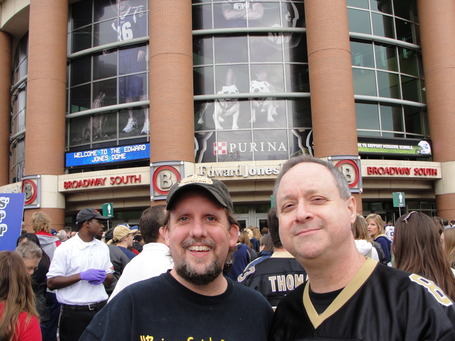 Met up with HansDat before the game. He looks happy, I need more sleep and my sunglasses. 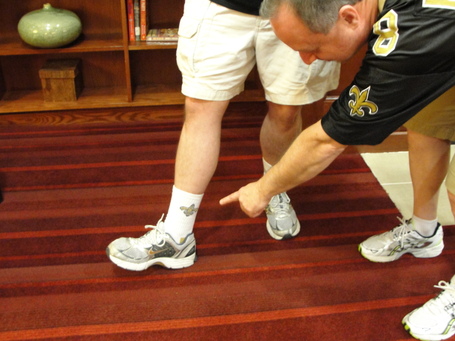 Hans had his lucky fleur de lis socks on. I think he should burn them now. 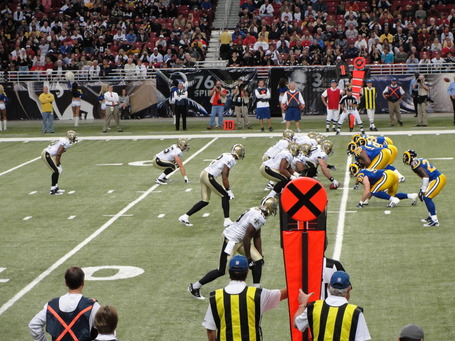 Saints are ready to rock. Still ready. No rockin' going on here today. 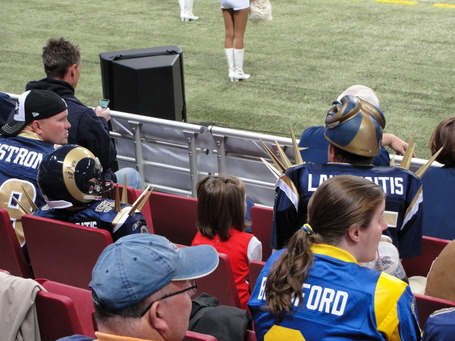 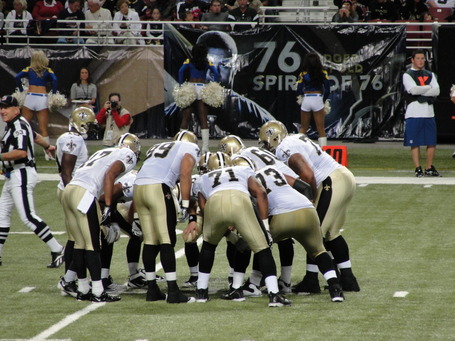 Sproles, at left, doesn't have to lean over in the huddle. 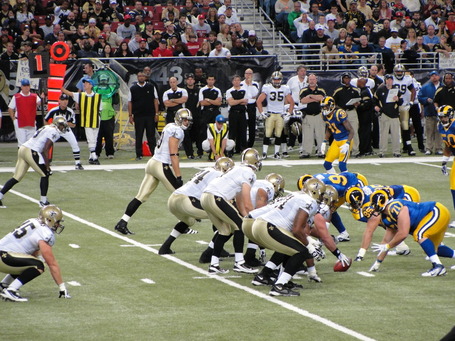 Why not move that tight end from the left to the right and give Brown some help with Long?? 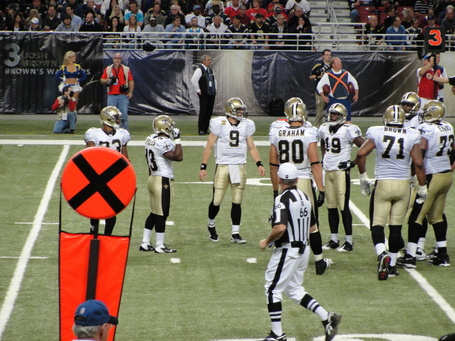 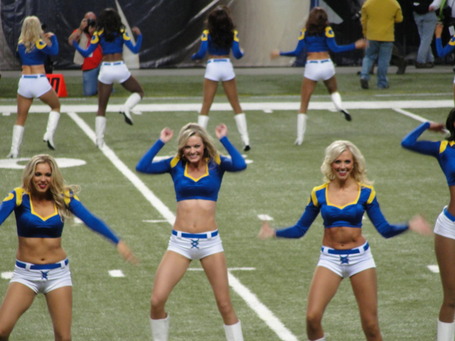 Throwback uniforms for the cheerleaders as well. They seemed a little skinny to me. Maybe my seatmates should share some of that beer and meat with them. 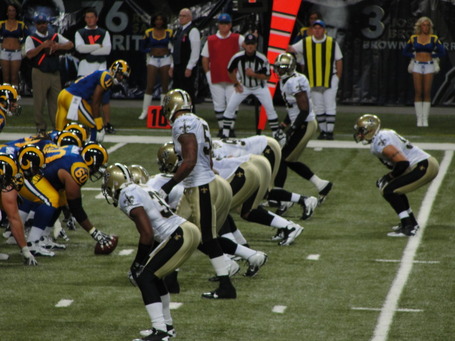 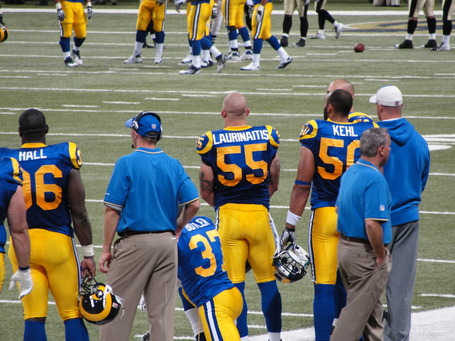 Laurinaitis did not need his spiked shoulder pads today. 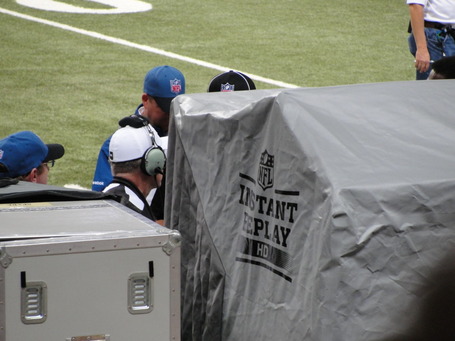 Evaluating Vitt's red flag challenge. Got that one right. 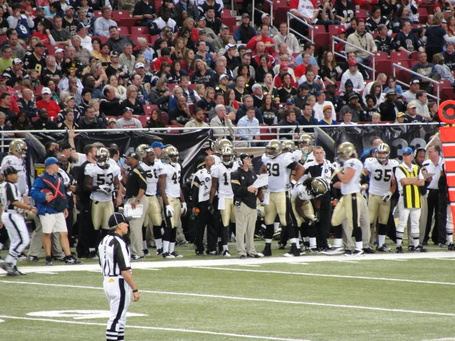 Payton was asked about Pete Carmichael calling plays for 2nd game: "Listen, it wouldn't have mattered what plays we called (today)." I think Drew called his own plays late in the 4th. I didn't see Carmichael covering his face with the play sheet. 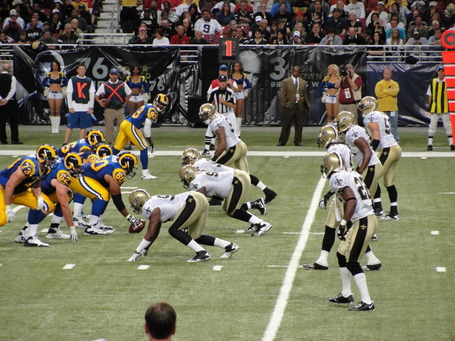 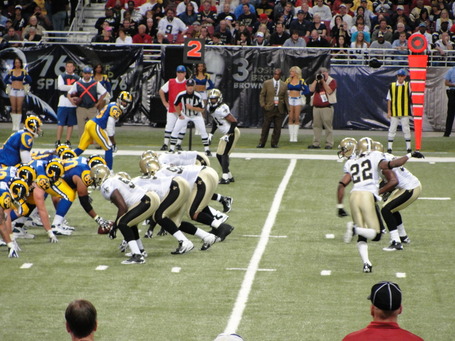 Tracy Potter moves into position before the snap. Probably. Yeah I think so. 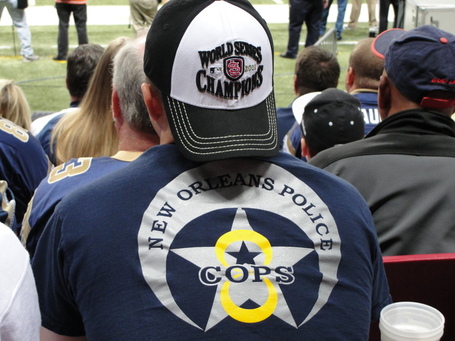 Saints fan, I think. But baseball bandwagon jumper, I'm sure. 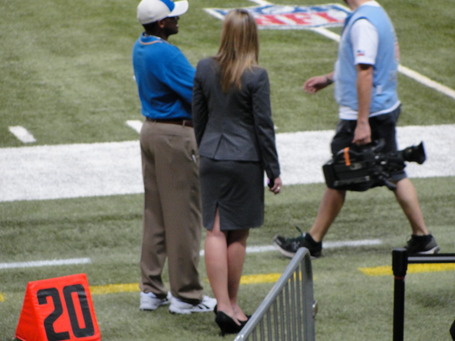 No jeggings on the sideline today. 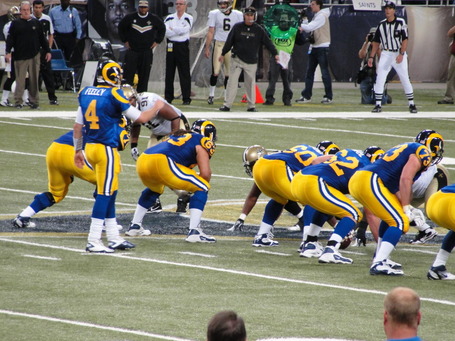 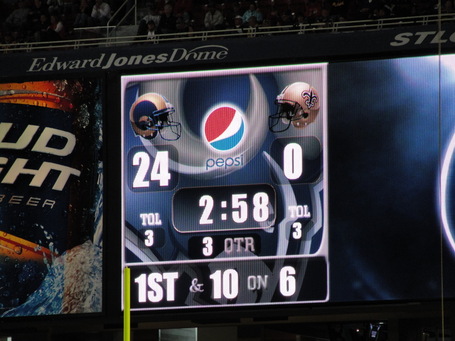 "What should we have for dinner tonight? Hey, is Storage Wars on again, or not?" 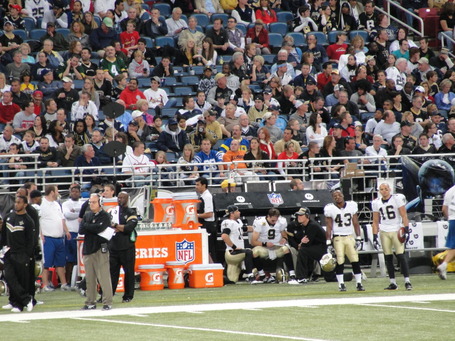 Brees studying polaroids, Vitt wondering if the Rams are going to score again. Sproles and Lance know they have a lot of work to do yet. 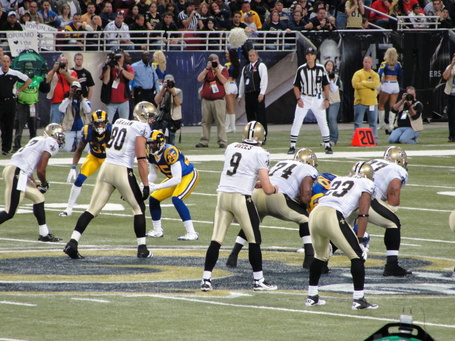 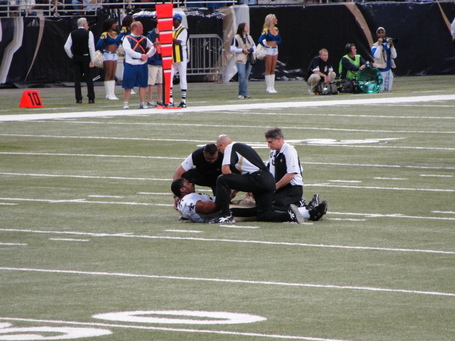 Brown down and writhing. 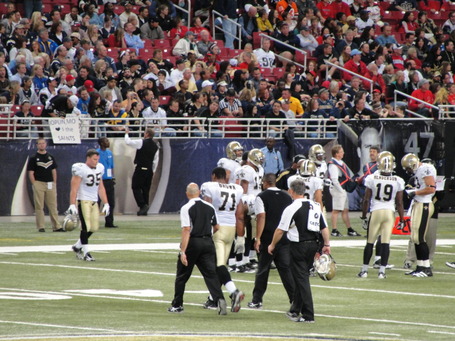 Brown up and walking. One of those fake injury timeouts that the Saints do not do. That McQuisinator kid came in to spell him, I believe. 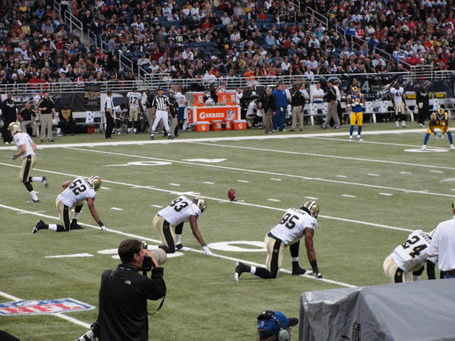 Right side of the kickoff formation is down, left side stands, due to new kickoff rules. 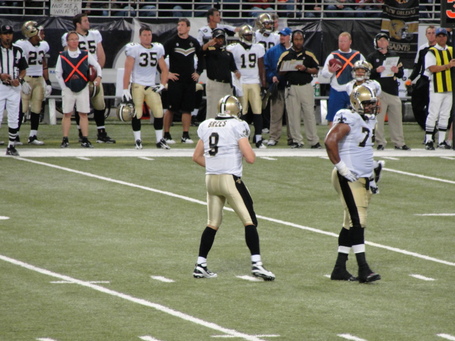 Drew got up quickly after his 6th sack, the most given up in the Sean Payton era. 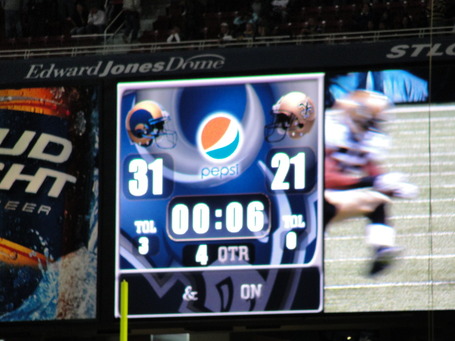 It wasn't even close to being that close. 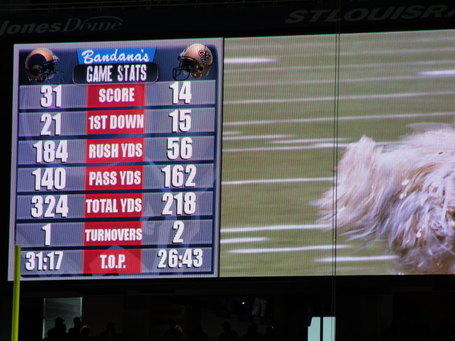 Obviously, should have run the ball more. 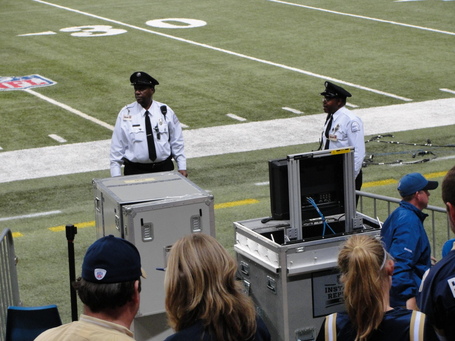 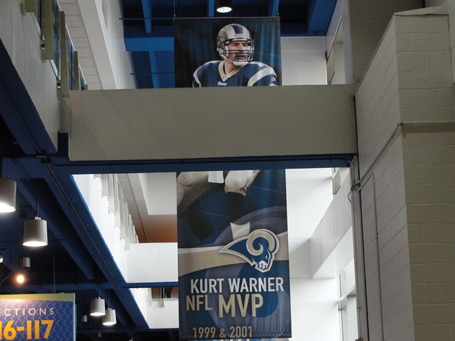 I felt like Kurt Warner was mocking me as I left the AG Edwards Dome.