There were many disappointments in the Saints upsetting 31-21 loss to St. Louis yesterday. Many. And while it pains me to say it, one of those disappointments was the questionably poor decision making by Drew Brees, which was only exacerbated by the obviously poor play from the offensive line.

More specifically, I'm referring to Brees and the offenses overall abandonment of the short yardage pass plays they've found so much success with, like screens and underneath routes, in favor of ill-advised deeper throws, often into coverage. Quite simply, Drew and company were forcing it instead of taking what the Rams were giving them.

And it's those high-percentage short pass plays that define this offense. So many of their big plays aren't long bombs to vertical receivers, but rather quick dump-offs to shifty guys in space like Pierre Thomas and Darren Sproles, who make things happen after the catch. The Saints longest offensive play last week against the Colts amid all that offensive production was a screen pass to Pierre Thomas. Take that away from this offense, and they are simply mediocre. Yesterday, by the Rams and their very own doing, it was taken away from the Saints.

How did the Saints go from near perfection versus the Colts to near meltdown against the Rams? Below are a few examples of this offensive abandonment theory and how I think hurt the Saints yesterday. My apologies for the awful picture quality. 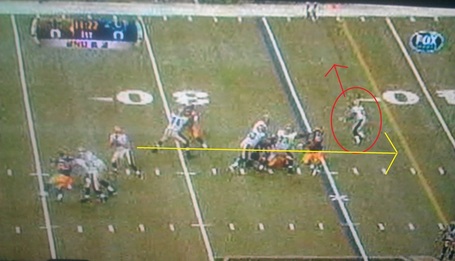 It's the Saints first offensive drive. On second and short Brees has an open Darren Sproles in the flat and ready to pick up the first down. Instead Brees goes to the right side and throws it away out of bounds. Devery Henderson is kinda in the area. 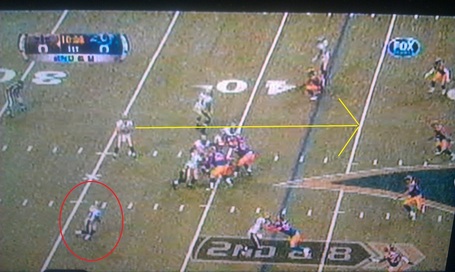 Still their first drive. Brees has Pierre Thomas to his right awaiting a potential screen pass. Instead, he throws over the middle Lance Moore who is double covered. The ball goes off the hands of James Laurinaitis, who nearly picked it off. 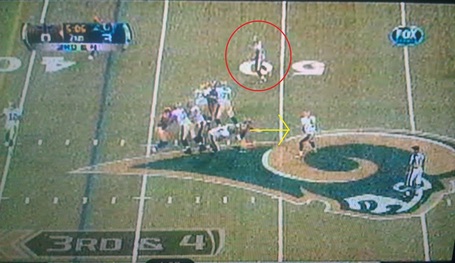 Robert Quinn has busted through the Saints offensive line and is coming right up the middle at Brees. He's got Pierre Thomas open to this right and ready for a pass. If Drew can think quick enough, he might be able to dump it off. The play ends with a 9-yard sack. 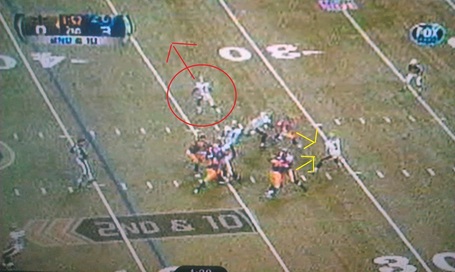 The offensive line has gotten Brees in trouble again, this time he's facing pressure from both sides. Darren Sproles is to his right. If Drew has enough time, he could lob a touch pass to his safety valve. Another 9-yard sack. 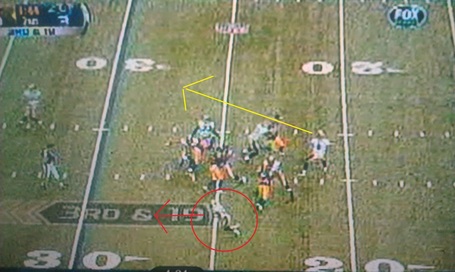 Yet again Drew is facing pressure on his front and back side. He's rushed and never has time to look at a wide open Sproles with room to run. Brees tries to hit Graham but the ball is tipped by a lineman and falls short. 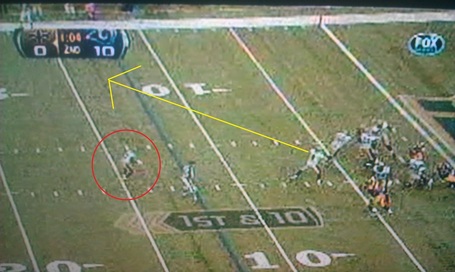 This is Drew's first interception and quite possibly the turning point of the game. Brees steps up in the pocket and has Pierre Thomas staring him in the face over the middle, wide open with nary a defender in the area. But the Saints are down by ten points and there is only a minute left in the half, so there's a sense of urgency. His attempted pass to a decently covered Devery Henderson along the sideline is picked off. Once again, you can't force plays and you've got to take what you're being given by the defense. 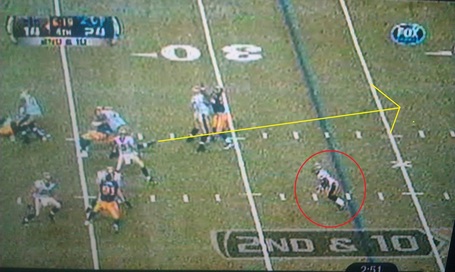 Here Brees decides to throw over the middle to a double covered Robert Meachem instead of dumping it off to a wide open Sproles with room to run. The pass is nearly picked off. 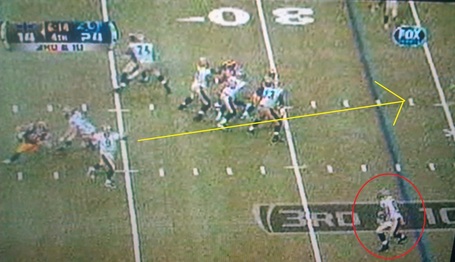 Brees is flushed from the pocket and must make the pass on the run. He looks to Henderson past the first down marker but his pass hits the dirt. Jimmy Graham is open in the flat. To be fair, Graham would have had to do something spectacular to pick up the first down. This was surely four down territory, though.