Our seats were quite a bit higher up than Stu's seats, but the view itself wasn't that bad. We were in the lower part of the upper deck, on the sideline corner of the end zone (Jenkins's sack/strip and Vilma TD occurred right in front of us).

What I like about the EJDome is that it didn't feel like we were super far up and away from the field, and the seats are not at nearly as steep an angle as the upper deck of the Maison Blanche Superdome, so it really was a decent view. (Now the game itself, as we've discussed elsewhere, was utter crap, but that's another matter entirely...) We were in the very front row and had nice cupholders (sorry, Dave!) and a metal railing right in front of us, which was pretty handy to lean and bang on.

More after the jump with bullets and stuff... 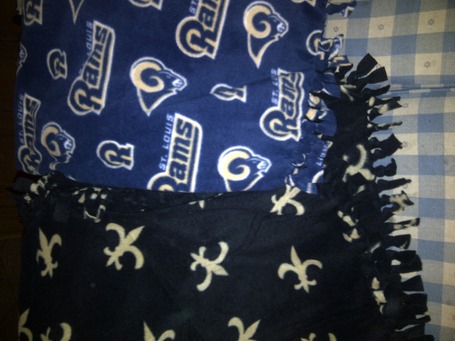 That image should be rotated 90 degrees- it shows up on my desktop correctly (Saints/Rams side by side on the couch). Not sure what happened here. Just turn your monitors or laptops 90 degrees to the right, and it'll fix itself. 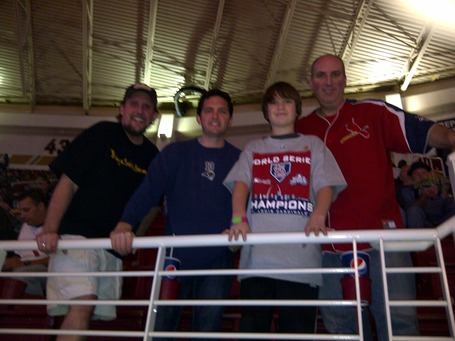