Power Play of the Game: I'll Fumble 4 Ya

Share All sharing options for: Power Play of the Game: I'll Fumble 4 Ya

It took the Saints more than 43 minutes of game play to finally put points on the board and attempt to chip away at a 24-0 lead the Rams had acquired at the time. And those points didn't even come from the offense. Instead, the defense had to take matters into their own hands on a 3rd and 6 play deep in Rams territory.

Let's take a look at how Malcolm Jenkins, Jonathan Vilma and the Saints defense attempted to spark a Saints comeback with a beautiful blitz and some heads up play. 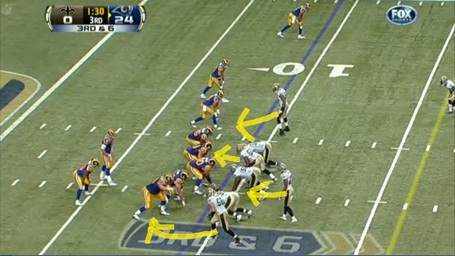 The Saints are in a nickle package, but Malcolm Jenkins is up at the line and he's joining the blitz with all three linebackers (Shanle, Vilma and Casillas). 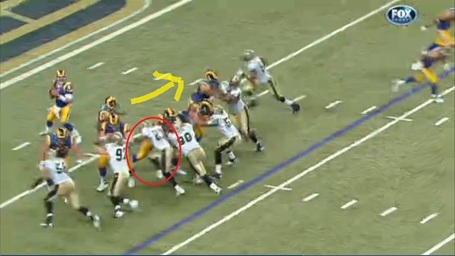 Jenkins has a nice gap to run right through. Rams RB Cadillac Williams has a decision to make: block Jenkins or pick up Casillas on the outside. He chooses Casillas so Jenkins flies in unblocked. 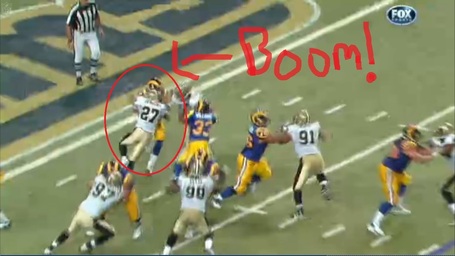 It's a clean shot on Feeley. 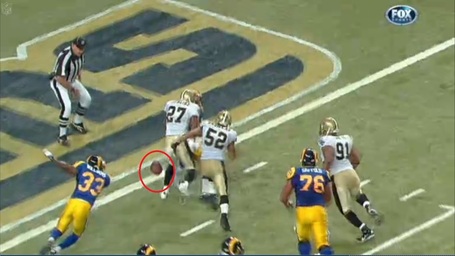 The ball is knocked loose at the 1-yard line! 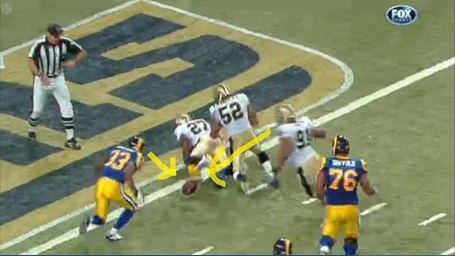 Will Smith and Cadillac Williams both eye the ball at the same time. Who will get there first? 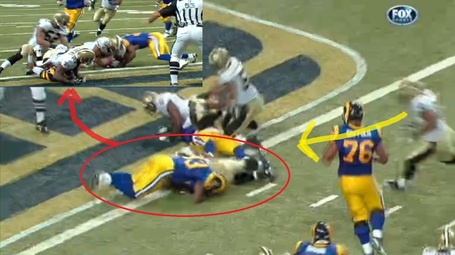 They both dive on top of the ball but Smith has the better position on it. Meanwhile, Vilma is coming in from behind for support. 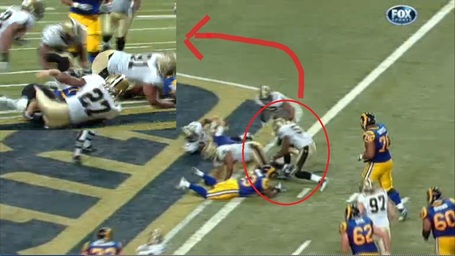 But the ball squirts loose from Smith's arms as he rolls over and past it. Vilma is ready and able to scoop it up on the goal line, however. 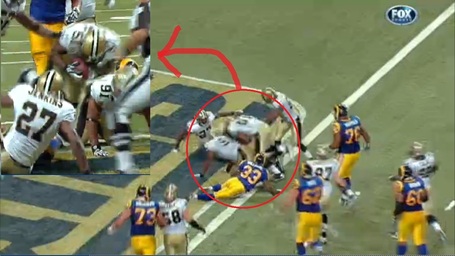 Once secured, Vilma propels forward into the end zone and finishes it off with a tuck and roll. 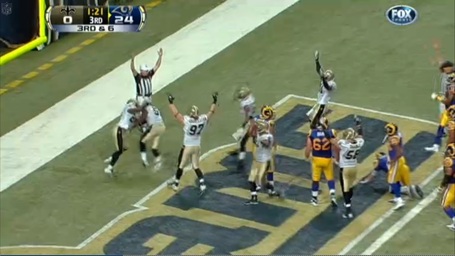 Touchdown! Unfortunately, it would be too little, too late.