Share All sharing options for: Giants 24 @ Saints 49: The View from Section 140 in Pictures 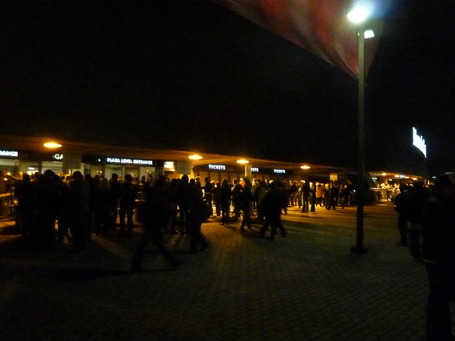 The much improved flow of traffic outside the stadium. 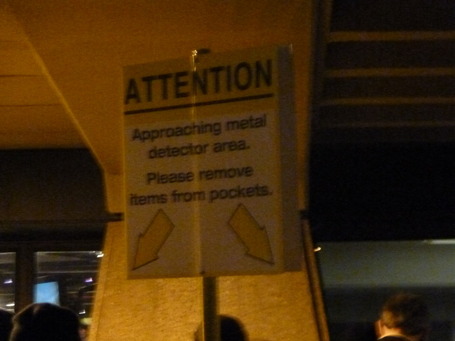 No more male and female lines. 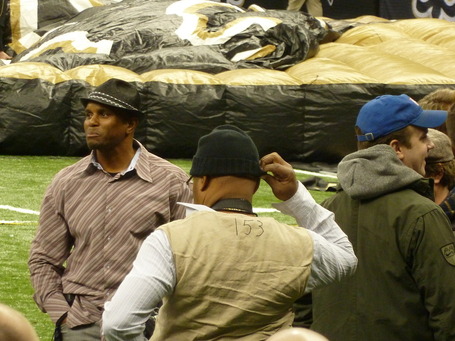 That is Saturday Night Live's Jason Sudekis in the blue hat. 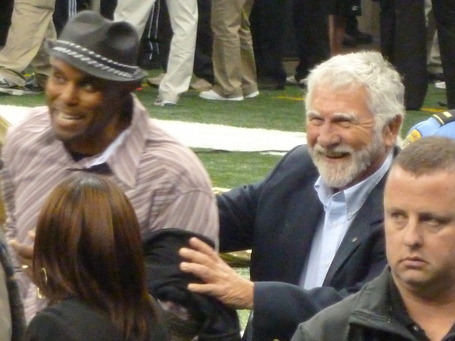 I don't always go to Saints games. But when I do, I get pre-game sideline passes. 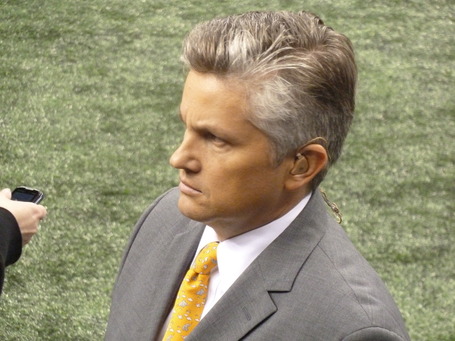 I have no idea who this guy is. 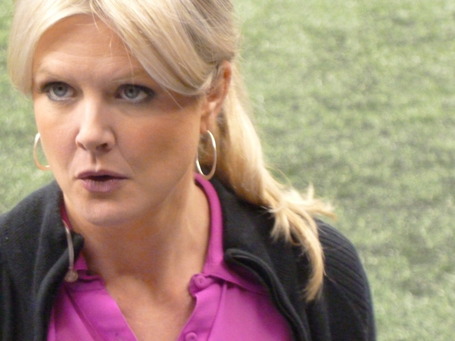 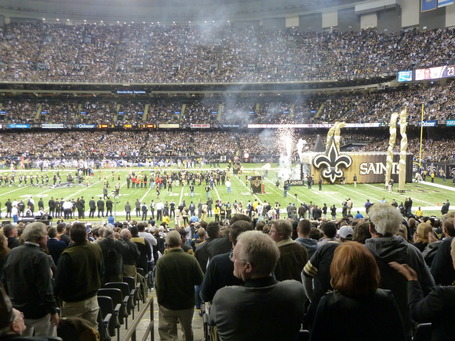 Took this one on my way back from the bathroom. 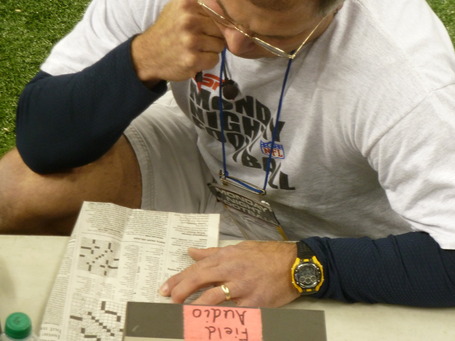 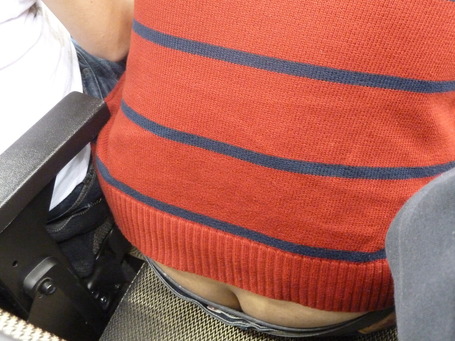 This was the dude who wound up trading seats after getting yelled at by the people behind me. Thank you! 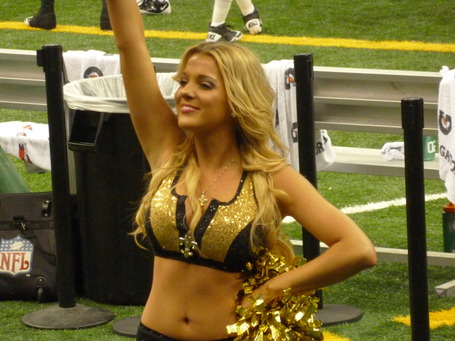 I think she may be a repeat from an earlier "View from." 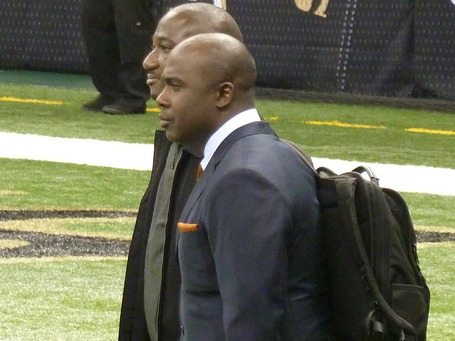 Whatcha got in the bag, Marshall? 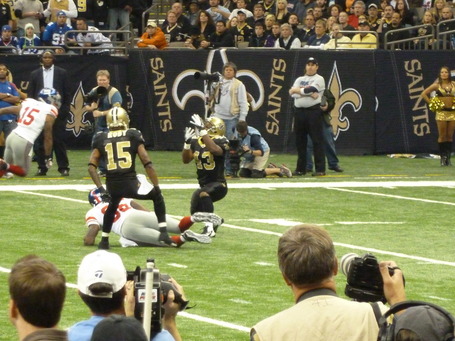 Sproles about to return a punt. 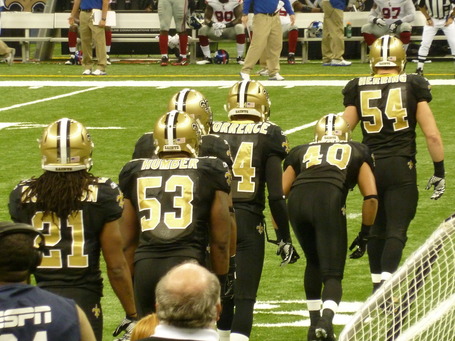 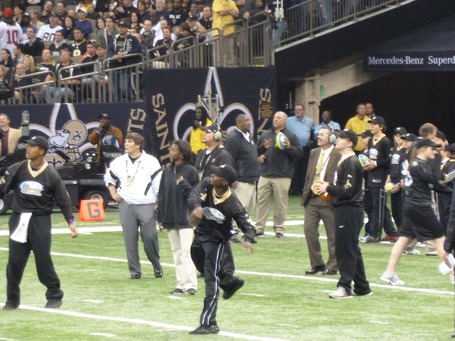 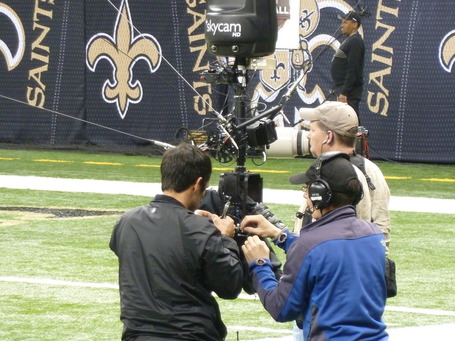 Fiddling with the fancy camera during halftime. 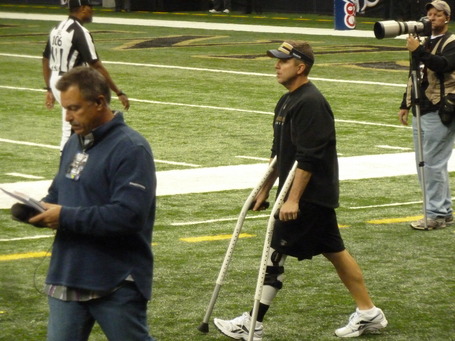 Even with the crutches Payton still has that distinctive stride. 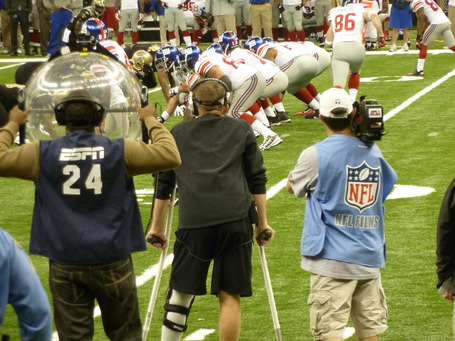 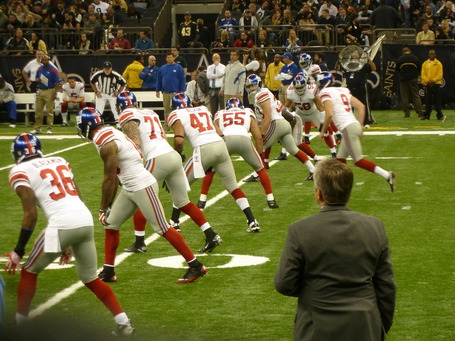 The Giants about to kick it off. 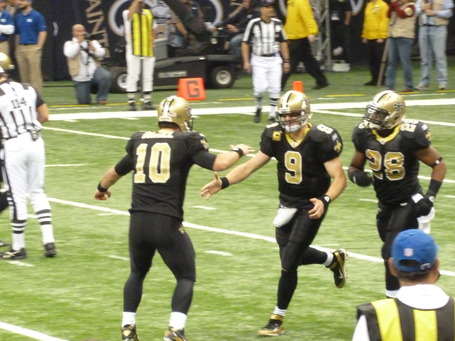 Drew celebrates with Chase after his diving touchdown. 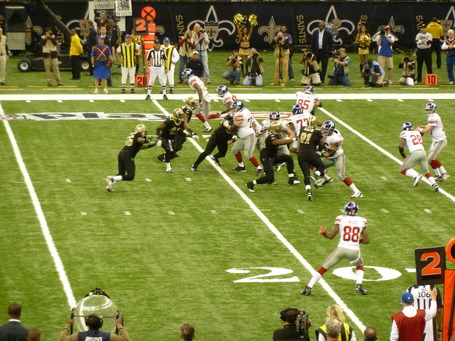 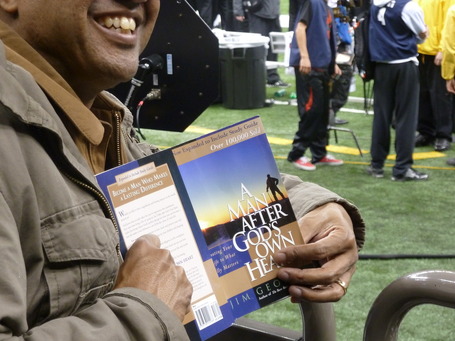 This guy was very excited to be reading his religious book during the MNF game. 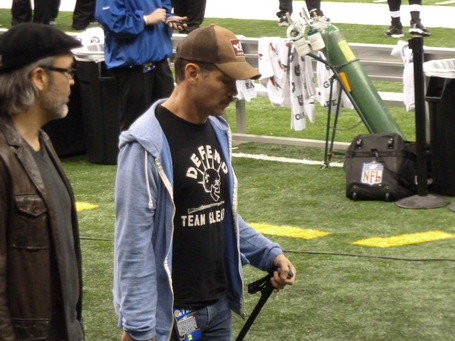