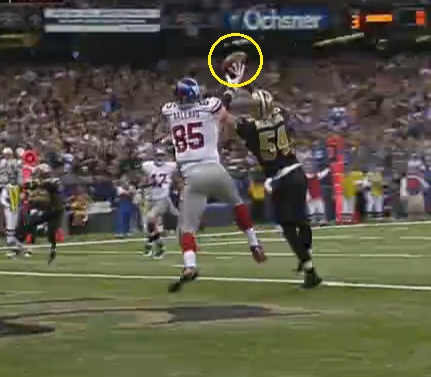 We've already discussed this play in-depth earlier today as our Power Play of the Game. 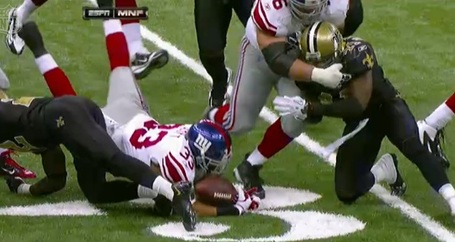 After faking a high snap to Eli Manning and instead snapping it directly to Da'Rel Scott, the Giants rookie running back coughs up the ball on a run to the right side. Roman Harper is right there to recover it. The Saints would score just two plays later. Turnovers rock!

This wasn't really a spectacular play by any means, but it was the only sack of the game for either team so it's gotta make our short list. 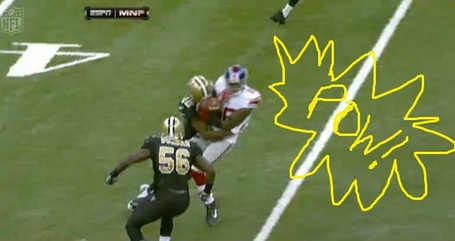 Saints safety Isa Abdul-Quddus lays some wood on Giants receiver Hakeem Nicks immediately after he makes a catch over the middle. We're going to ignore the fact that it Abdul-Quddus was incorrectly flagged for an illegal hit.

With a little over a minute left in the first half, the Saints were able to stop the Giants on third and long thanks to some in-your-face pressure from defensive lineman Tom Johnson. The Giants were forced to give the ball back to the Saints one last time before the half, allowing the Saints to score another touchdown before going into the locker room and increasing their lead to 21-3. The game was essentially out of reach at this point.