Upon Further Review: A Closer Look at a Few Key Plays from Saints vs. Titans

Share All sharing options for: Upon Further Review: A Closer Look at a Few Key Plays from Saints vs. Titans

I'd say Jake Locker's hand was just past the 12 o'clock position when it came loose from his hand. He certainly doesn't have an empty hand at any point while he's taking the ball back. I can see why they reversed this call. 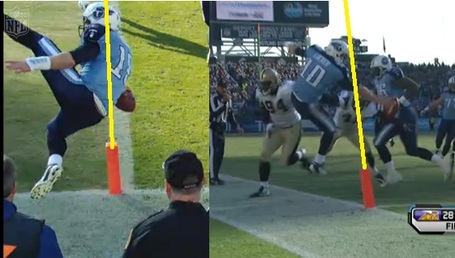 A look at both angles simultaneously of Jake Locker's flying touchdown. 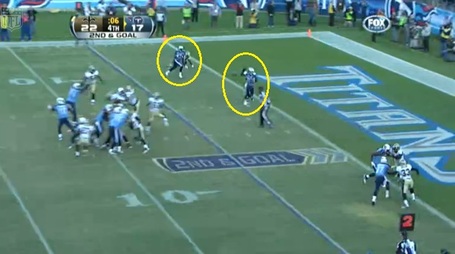 This is a quick look at the penultimate play of the game in which Tracy Porter makes a key pass breakup at the goal line. You can see Jake Locker has his choice of two one-on-one receiving targets running similar slant/in routes, one on the inside (covered by Porter) and one on the outside (covered by Patrick Robinson). The ball is in the air toward Marc Mariani in this photo. 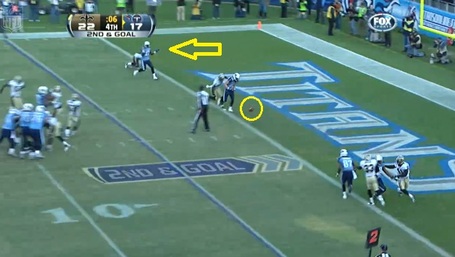 Porter makes the nice pass breakup, but it's a damn good thing Locker didn't throw to his other receiving option on the outside because he was wide open after Patrick Robinson fell down on the play! The Saints lose this game and Robinson is burned at the stake if Jake Locker makes the better decision on this play.