The New Orleans Sai...err...Voodoo lost a heart-breaker to the Tampa Bay Storm 46-40 at the New Orleans Arena last night in their first game back since the franchise folded over two years ago.

The Voodoo's offense did enough to win the game, thanks in large part to the outstanding play of wide receiver P.J. Berry who caught two TD's and also returned a kickoff for a score. But Tampa Bay's defense was just too much, particularly for the offensive line, who allowed Voodoo quarterback and local product Danny Wimprine (20/29, 230 yds, 3 TDs) to be harassed all night.

"I'm embarrassed. I didn't wait around three years for this, that's for sure," Wimprine said. "It falls on my shoulders. I take responsibility."

Not a great start for the local AFL team but the season is long and a little rust has to be expected after such a prolonged hiatus.

Make the jump for the rest of my notes in bullet form. 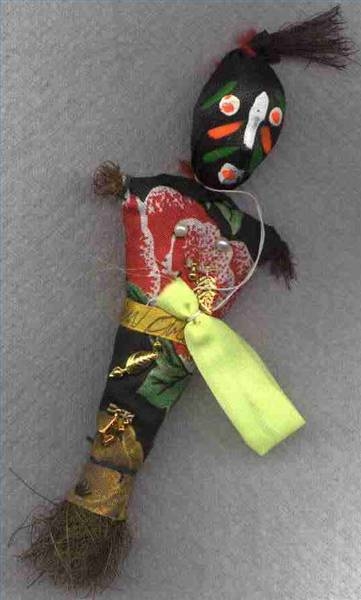 Keeping tradition alive. You didn't think I'd let you down, did you? It's a Voodoo Doll!