Drew Brees to be Featured on Madden 12 Cover

Share All sharing options for: Drew Brees to be Featured on Madden 12 Cover

Just days after asking fans to vote for him to appear on his second consecutive Madden video game cover, EA Sports has granted Saints quarterback Drew Brees his wish.

"We are proud to have Drew featured on the cover of Madden 12," said an EA Sports representative this morning. "Because he's been a prominent face and voice for the players during the NFL's labor negotiations, we thought he'd be the perfect fit again this year."

He won't be the only one gracing the front of the yet-to-be released video game, however. The new cover will portray several key figures from the NFL labor negotiations and subsequent lockout currently playing out in court.

Canal Street Chronicles has obtained a secret sneak peak at the cover of the latest installment from the Madden video game franchise. As usual, the amazingly talented programming team over at EA Sports has thought of every little detail. 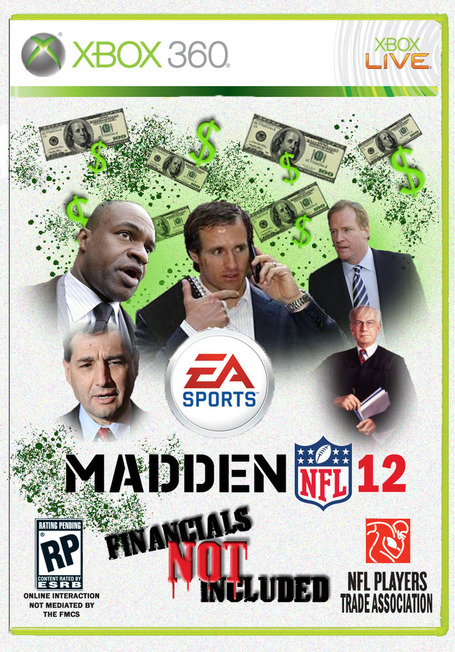