Personal photos from my Saints vs. Chargers game day experience at the Mercedes-Benz Superdome on Sunday night.

Share All sharing options for: Saints 31, Chargers 24: The View from Section 140 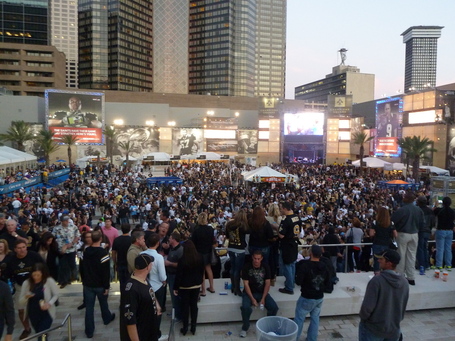 Champions Square just before the game. 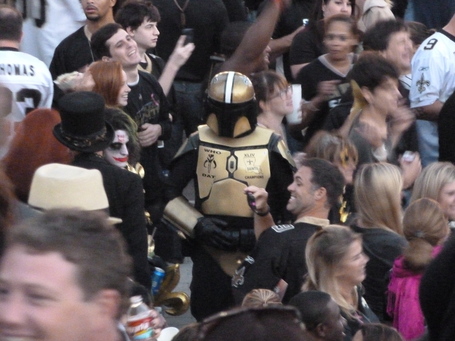 Costumed faces in the crowd. 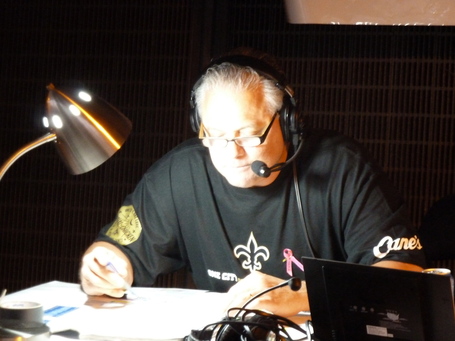 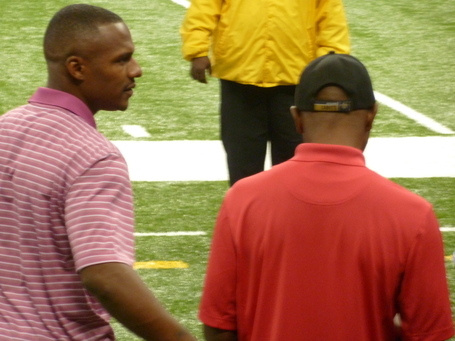 Joe Horn was there! 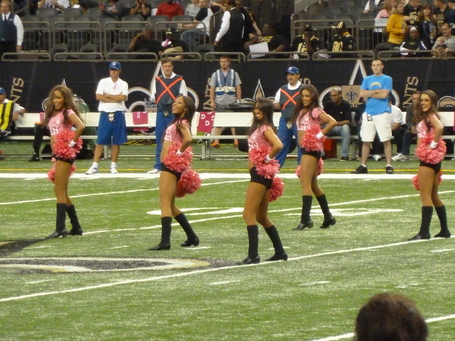 The Saintsations were wearing their breast cancer awareness outfits. 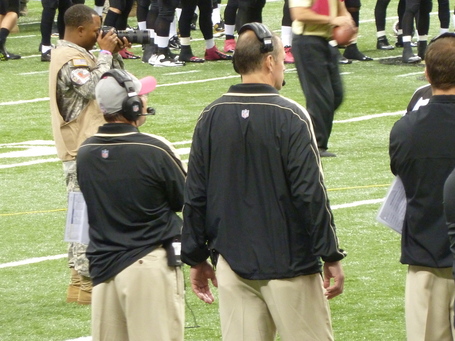 "You think we're gonna win this one?" 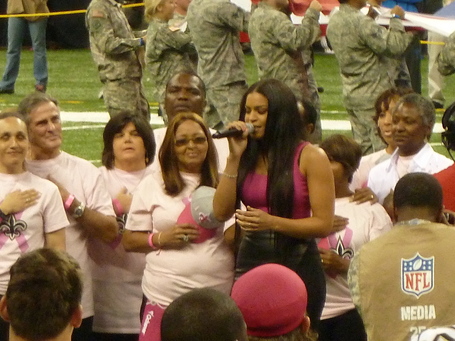 Whoever this was that sang the National Anthem killed it. 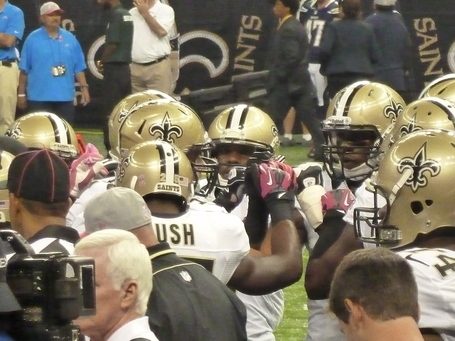 Special teams brings it in. 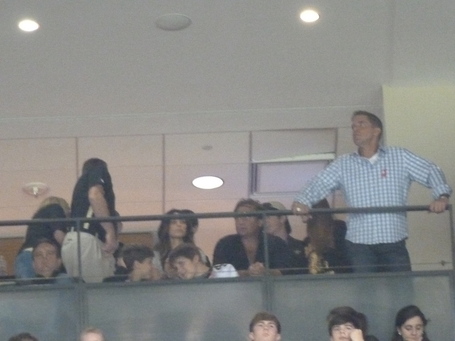 Sean Payton was sitting in the box directly behind me. 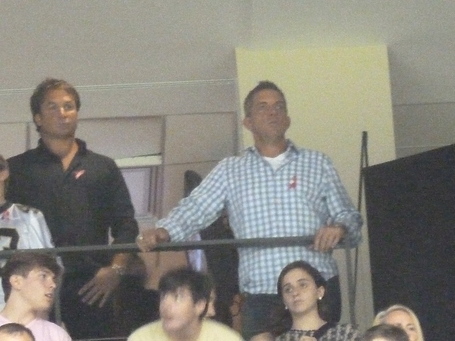 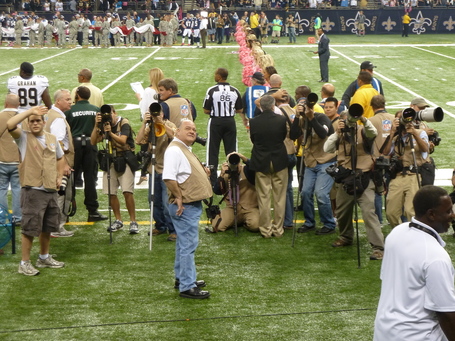 When Payton was spotted the photographers went nuts. 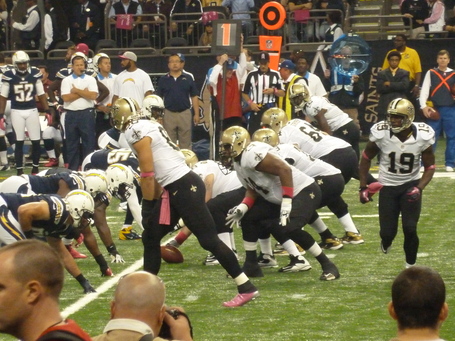 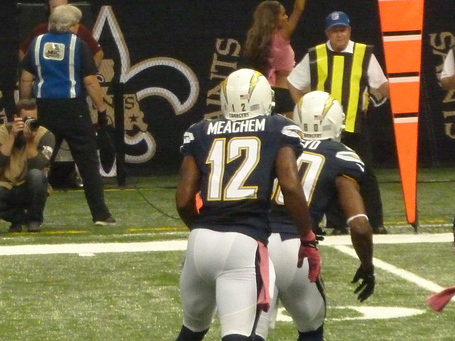 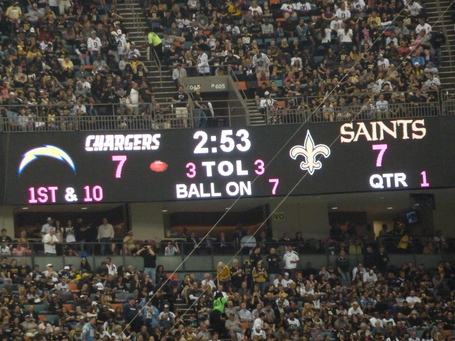 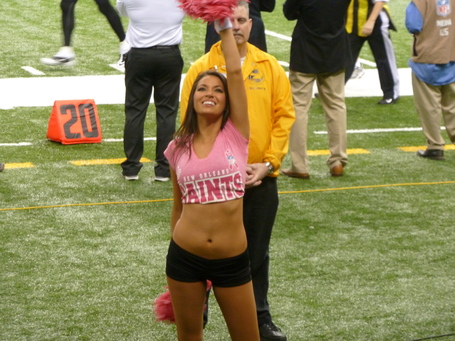 Wanted to make sure everyone saw the Saintsations breast cancer outfits. 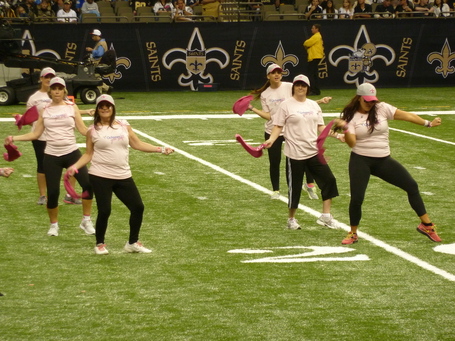 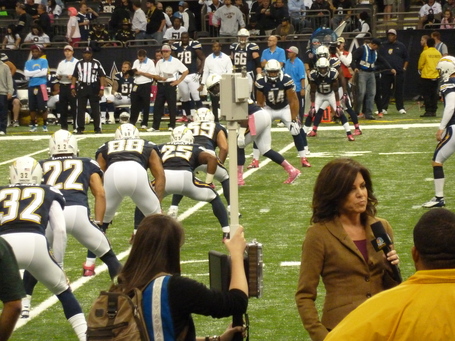 Michelle Tafoya gets ready to do her sideline report at the start of the second half. 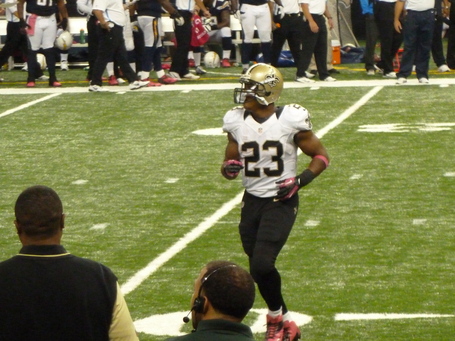 Pierre Thomas comes off the field with a crooked helmet after his long catch and run. 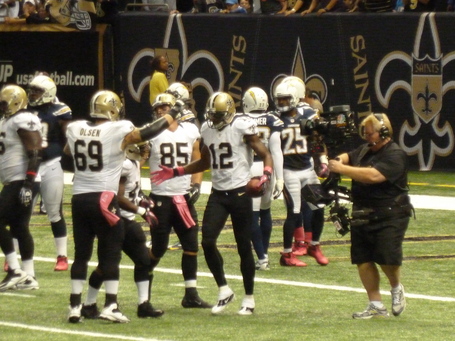 Colston celebrates one of his many touchdowns. 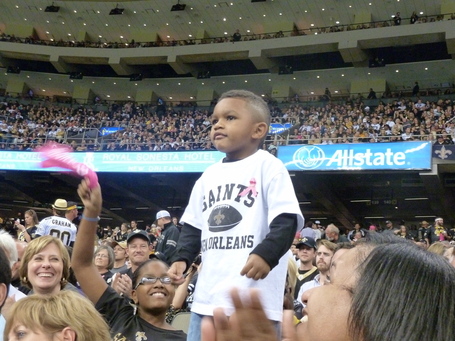 This adorable kid had some sweet moves trying to get on the Jumbotron's Dance Cam.