I have yet another writer interested in taking part of our search for fresh new front page talent here on Canal Street Chronicles, to make the best Saints blog on the net even better.

In case you missed the introduction to our little talent search here, be sure to read it first before continuing. Remember, any and all criticism must be 100% constructive and positive in nature. Keep Da Chronic classy!

Please welcome the next contestant of Da Chronic's Got Talent! S/he is willing to contribute once or twice a week.

I hate coaches who yell. It really drives me crazy to see coaches airing their dirty laundry on the field and screaming at the refs as if they own the world. One of the things I admire about Sean Payton is his ability to remain cool and collected almost all of the time - even when his whole knee has just been destroyed by a potential late hit not called by the refs!

But there are a few coaches that totally lose it, and it really doesn't get them anywhere. Over the past year, I've noticed a few coaches who are repeat offenders. While I'm sure that there are many more, these guys stand out in my mind as coaches who yell all the time and lose it on the field. This stands in contrast to guys like Payton, Belichick, and Mike McCarthy, among others, who almost never flip out when things don't go their way. (As a side note, when googling "Payton yelling" or "Payton screaming," I don't think any pictures of him come up that look as if he's actually losing his temper.)

Though the Falcons coach might not be the worst offender, he's the one we see most, as we play him twice a year. Smith, or Steve Martin as some of my friends like to call him, always looks pained at best, and most of the time he is screaming his head off about something or other. 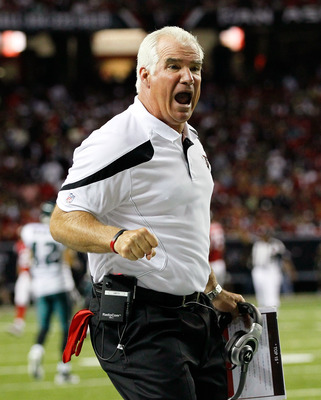 If we were playing a free association game, and the words "angry football coach" came up, Jim Harbaugh would be the first name to come to mind. This guy is always yelling from the sidelines, with that look of "you refs are bumbling idiots and every call you make is stupid" on his face. It's sometimes hard to tell whether he's upset at the officials' calls or at his players. In either case, it's kind of excessive, in my opinion. Yes, you may have turned around a stumbling 49ers team, but you are not the king of all things NFL, Jim Harbaugh. Please take it down a notch next season. 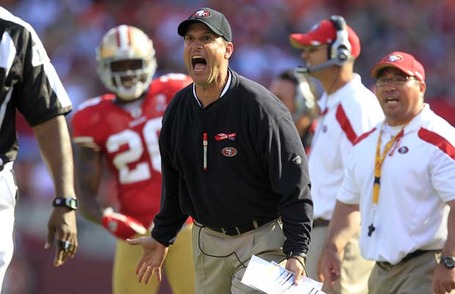 Of course no list of angry coaches can be complete without Jim Schwartz. After the Lions-49ers game, he made a national embarrassment of himself and, by extension, his team when he threw a punch at Jim Harbaugh during the postgame handshake time. Players even had to intervene to separate Schwartz and Harbaugh. Though Harbaugh stated later in a press conference, "I shook his hand too hard," Schwartz's reaction was overdone. I wonder if his attitude in general set the tone for his team, which was one of the leaders of unsportsmanlike conduct-related penalties in the 2011 season. 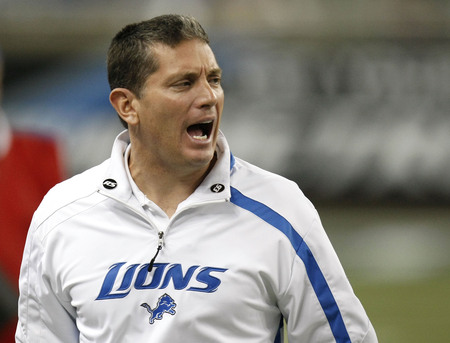 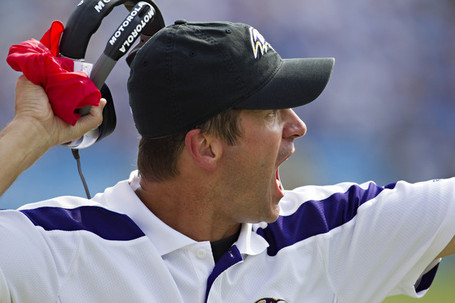 Carroll was not on my list coming into this, but after a Google image search, it looks like he's quite the repeat offender. Unsurprising. With such a large scandal in his coaching history, I would expect him to have a bit of a chip on his shoulder. 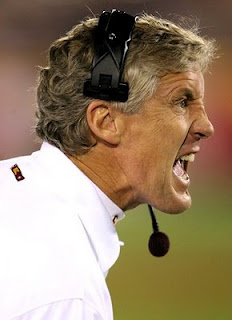 It's impossible to forget the Rex here. Known for cursing at officials and trash-talking off the field, Ryan has probably the longest and most well-known track record as a hothead coach. Heck, he even loses it during preseason games (see left picture)! Is it really worth it, Rex? 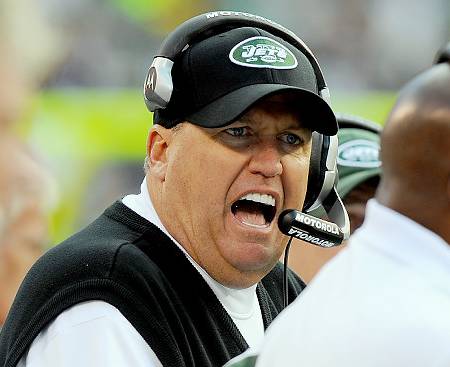 So what do y'all think...is it unclassy for a coach to lose his temper on the field, or just a regular and accepted part of the game? Does a coach's demeanor on the field set the tone for his players? Also, who should be added to this list?